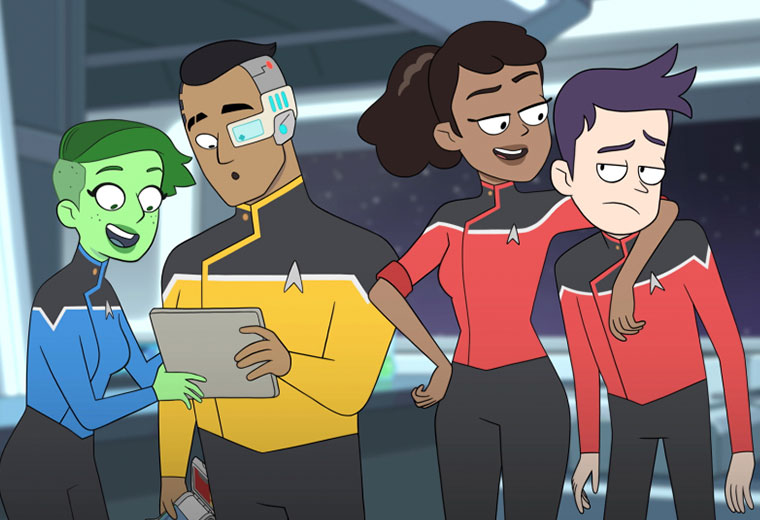 The voice cast of the show features Tawny Newsome as “Beckett Mariner,” Noël Wells as “Tendi,” Eugene Cordero as “Rutherford,” and Jack Quaid as “Brad Boimler,” all ensigns on a California-class Starfleet support ship – a type of ship never seen in Star Trek before.

As we previously reported, the series is coming from head writer and executive producer Mike McMahon, known for Rick and Morty, and is already set to get two seasons.

At the panel on Saturday, McMahon said that Lower Decks will be “accessible” to even non-Star Trek fans, but that some jokes will cater to Star Trek fans, mentioning Odo’s bucket, specifically.

Lower Decks will be produced by CBS Eye Animation Productions, CBS Television Studios’ new animation studio, along with Alex Kurtzman’s Secret Hideout and Roddenberry Entertainment. It is set to air in 2020 in 30-minute episodes.