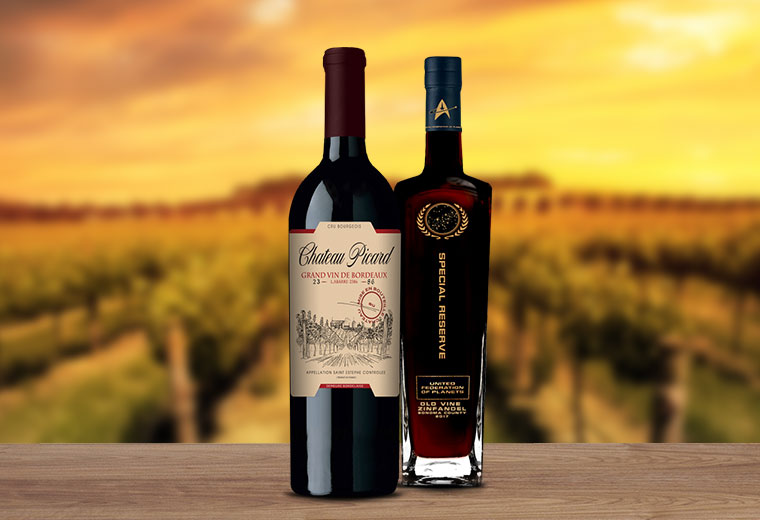 Fans looking to celebrate the upcoming release of Star Trek: Picard in a decidedly more exotic way can now look forward to drinking wine produced by the one and only Chateau Picard, the vineyard seen in The Next Generation, the trailer for Picard, and, of course, real life.

Coming soon to fans courtesy of Wines that Rock and CBS Consumer Products is the 2016 Chateau Picard Bordeaux. It’s an 85% Cabernet Sauvignon and 15% Merlot blend, described in its press release as “subtly smoky and spicy with a bright, fresh, clean-tasting style.” 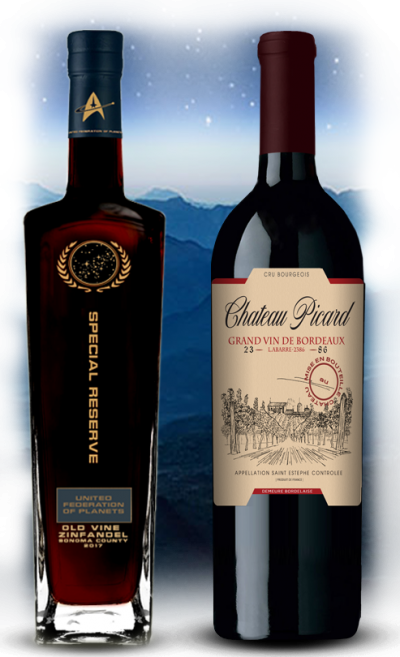 “We knew there actually was a Chateau Picard wine being made for several generations in Bordeaux France, long before there was a Jean-Luc Picard,” said Howard Jackowitz, co-founder of Wines That Rock, in the StarTrek.com press release. “The actual Chateau Picard makes a Cru Bourgeois in Bordeaux that is highly regarded and sought after. Obviously, there was no mention of Star Trek’s Jean-Luc on the bottles, as it was the legacy family’s winery from Bordeaux. No connection other than the name. So, working together with the Star Trek production team and Chateau Picard wine makers in France, we crafted this limited-edition wine with Jean-Luc’s family label and the wine from this 5th generation vineyard. It’s been a fun process!”

Chateau Picard isn’t the only upcoming Star Trek-themed beverage. There is also a United Federation of Planes wine, which is a 2017 Old Vine Zinfandel made across the Dry Creek and Russian River Valleys in Sonoma County, California. This one is a blend of 87% Zinfandel, 12% Petit Sirah, and 1% Syrah.  It contains strawberry, blackberry, and plum preserves with a chewy-layered mid-palate filled with hints of white peppercorn.

Both wines will be featured at Star Trek Las Vegas this week. Visit startrekwines.com for more details.

Stay tuned to TrekNews.net for all the latest news on the new Star Trek: Picard series and for live coverage of Star Trek Las Vegas. Connect with us on social media: @TrekNewsNet on Twitter, @TrekNews on Facebook, and @TrekNews on Instagram.

In this article:Star Trek: Picard, Star Trek: The Next Generation