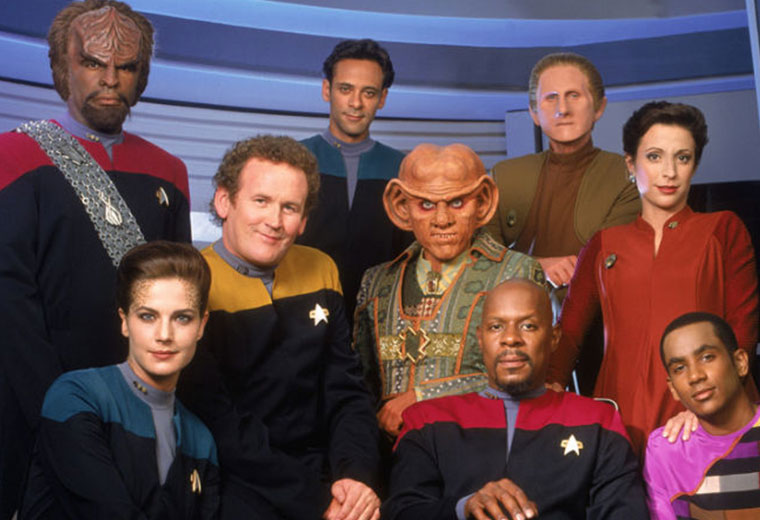 The Star Trek: Deep Space Nine documentary What We Left Behind, is set to be released on a variety of platforms next week.

First announced at Star Trek Las Vegas by producers David Zappone and Kai de Mello-Folsom, and editor Joseph Kornbrodt, the DS9 documentary will be available on Blu-ray, DVD and digitally (through iTunes, Google Play and other content providers) in the US, Canada and most European territories beginning Tuesday, August 6. The film will be made available worldwide soon after.

The Blu-ray version will include 47 minutes of bonus footage, that wasn’t shown during its original theatrical release in May.

During their time on stage at STLV, Zappone revealed that Avery Brooks, who played Captain Benjamin Sisko on DS9 but chose not to participate in the documentary, has indeed seen it.

“He’s happy with it,” Zappone said. He added that the actor has also seen all of the bonus features and remarked to him that he’s “going to watch it again.”

You can pre-order the Blu-ray or DVD on Amazon and digitally on iTunes, Amazon, Google Play, FandangoNOW, Xbox and PlayStation.

Directed by DS9 producer Ira Steven Behr and David Zappone, What We Left Behind was successfully crowdfunded in 2017. The film not only looks back at the seven seasons of the series but also discusses what an eighth season would have included. The team behind What We left Behind has also remastered clips of the series in high definition.