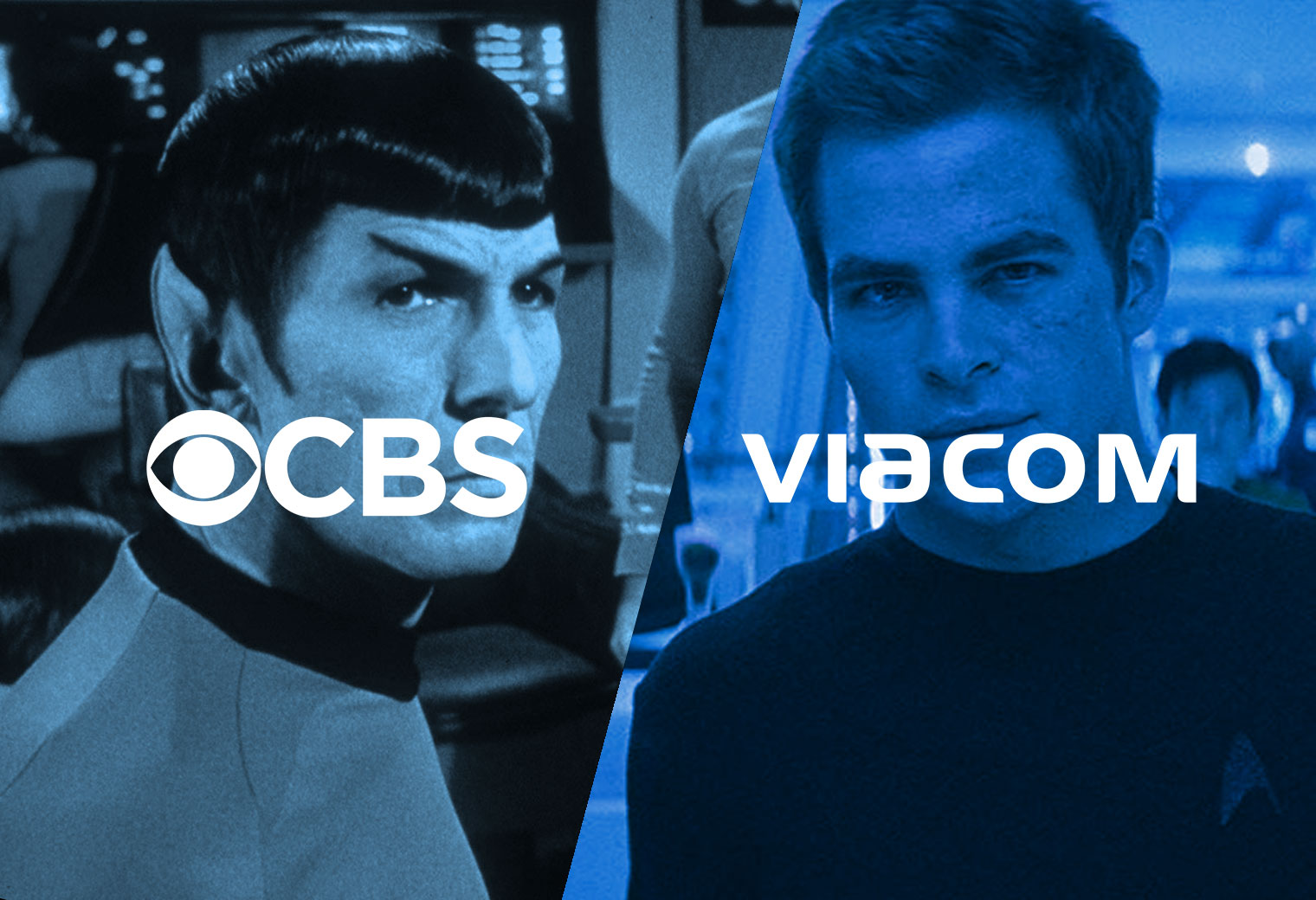 On Tuesday afternoon, the deal between CBS and Viacom was made official—placing the value of the merged company at around $30 billion.

The merger between CBS and Viacom (Paramount’s parent company), owners of the Star Trek television and film rights, respectively, means that for the first time since the two companies split in 2005, the Star Trek franchise – TV and movie rights alike – would be housed under one roof.

What does this mean for Star Trek, a franchise that for years has had to tiptoe around legal intricacies as its movie and TV offerings grew? Well, consider that Alex Kurtzman now leads Star Trek’s future on CBS All Access, with Discovery, Picard, Lower Decks, the untitled Section 31 series, and another unnamed animated TV show in the works. This merger of CBS and Viacom could mean Kurtzman and his production team would potentially have sizable influence if and when Star Trek gets back on the big screen – such as the growing possibility of a Quentin Tarantino Star Trek movie. Of course, this is just one example.

The troubled merger had been in talks for more than three years, with former CBS CEO Leslie Moonves taking the lead on opposing the reunification. But Moonves was ousted last year, which reportedly opened the way for serious pro-merger discussion to continue.

It is reported now that both sides have agreed on a price for the merger – specifically, 0.59625 shares of CBS stock for each full share of Viacom – and that a management structure, including Viacom CEO Bob Bakish as CEO of the merged company, is mostly in place.