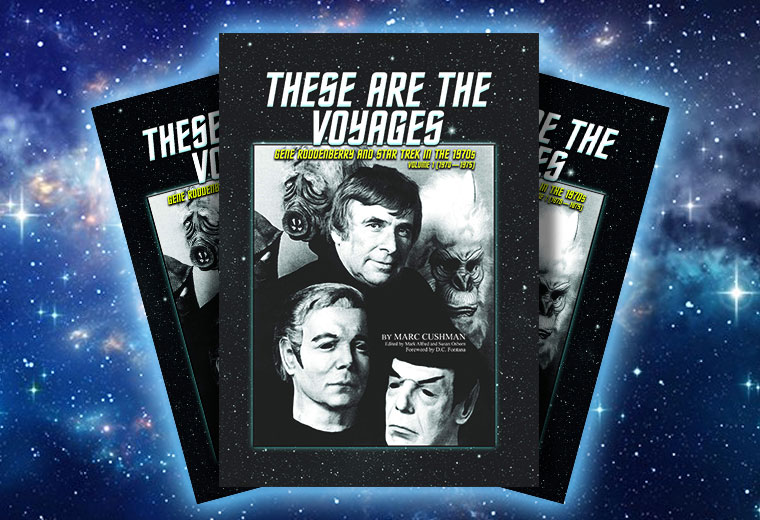 It’s easy to argue that the most vital time in the history of the Star Trek franchise is the 1970s. As The Original Series was axed off air but sustained in the form of unprecedented fan interest, the future of Star Trek was simultaneously unsure and a sure thing. This chaotic time can be difficult to assess; one must delve into not only network drama, press coverage, and ratings information, but also consider the positions of Star Trek’s various key players at the time – namely, Gene Roddenberry, William Shatner, and Leonard Nimoy.

Study of this period is an enormous undertaking, but luckily for Star Trek fans, Marc Cushman was up for the task in his recent book, These Are the Voyages: Gene Roddenberry and Star Trek in the 1970s, Volume 1 (1970-1975).

This enormous publication, merely the first volume of Cushman’s study of the decade, is rife with information likely unknown to casual – and perhaps even hardcore – Star Trek fans. Volume 1 is a deep dive into the first five years of the 1970s, when TOS was the subject of spectacular fan interest, and when Gene Roddenberry’s, William Shatner’s, and Leonard Nimoy’s attention was often diverted on other projects. In this way, Cushman provides an excellent bird’s eye view of how and why interest in the franchise grew so exponentially, and what Star Trek players were doing while their cancelled low-budget, three-season sci-fi show was exploding all over the world. 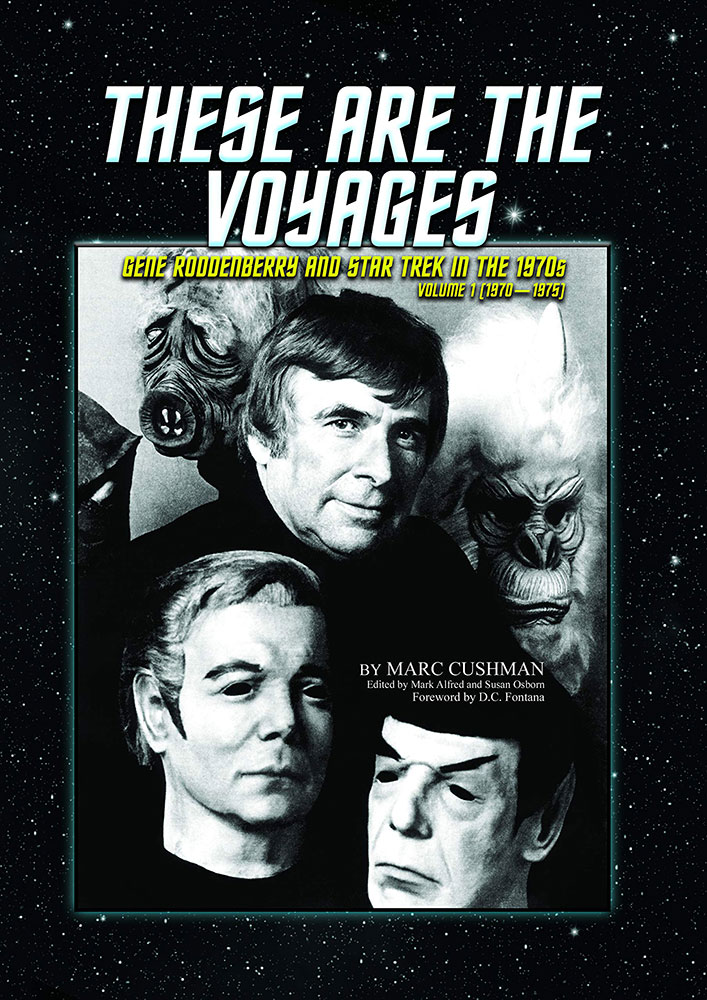 “These Are the Voyages: Gene Roddenberry and Star Trek in the 1970s” front cover

Accompanying Cushman’s overview is a healthy collection of primary source documents, including hundreds of pictures related to Star Trek, Gene Roddenberry, and various tangential projects. Cushman also provides countless press clippings showcasing behind the scenes info, ratings information, Star Trek press hype, or excerpts of how Star Trek actors were performing in other projects. Any historian will be satisfied with the amount of effort Cushman and his researchers did to help illuminate this time period.

1970-1975 was a time when Star Trek as a franchise was actually quite active. Cushman details the various comics and books that helped maintain fan interest, as well as the numerous now-famous grass-root conventions happening all over the country – a first for a franchise at that time. The Animated Series also gets a healthy episode-by-episode deep dive, as Cushman explains how the idea for such a show happened and why some resisted transforming Star Trek into a seemingly “kids show.” Learning about the animated history of Star Trek is more relevant than ever, as fans now are looking forward to two animated shows coming soon. 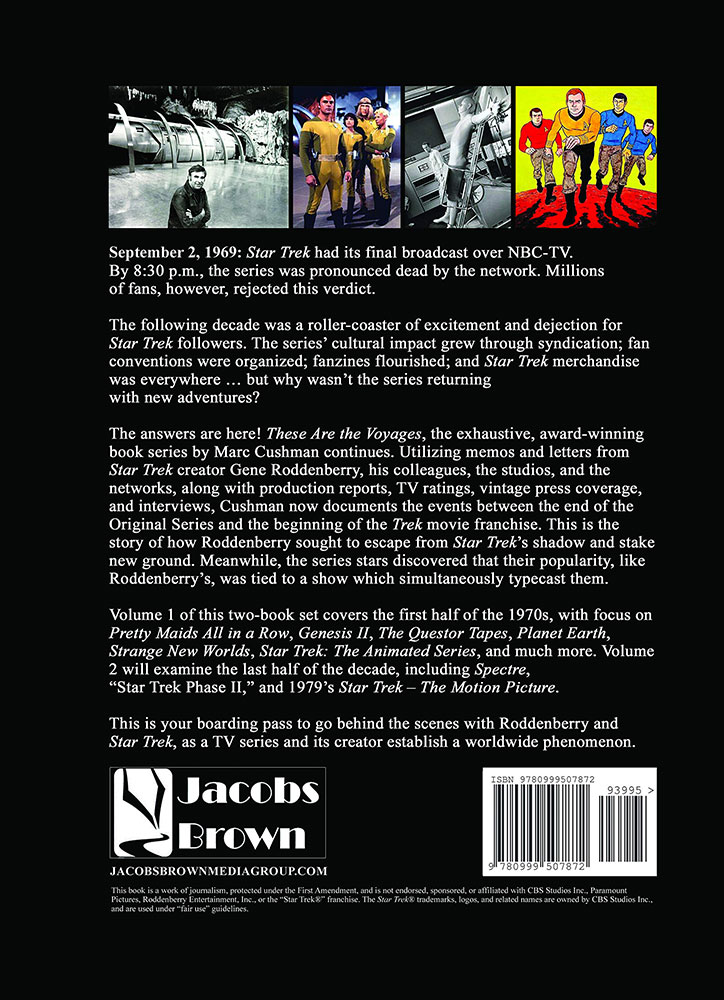 “These Are the Voyages: Gene Roddenberry and Star Trek in the 1970s” back cover

If there’s a critique to be had about Cushman’s exhaustive work, it’s that because he uses so many primary sources, the writing can feel disjointed at times. Working with so many documents and putting them into a flowing narrative is a tall order, as any historian could attest to. While Cushman does it fairly well most of the time, don’t be surprise if it is a bit jolting to, say, go from reading about Roddenberry’s non-Star Trek work, to reading about the airing schedule of Star Trek reruns. Although this is admittedly a small complaint leveled against an otherwise excellent repository of information.

If you are a Star Trek fan who either lived through this time and wants to learn more, or missed this decade and wants to go back and learn about the revival of Star Trek, These Are the Voyages is an excellent way to do that. Cushman’s attention to detail is astounding, and he does fans a great service by recounting not only the Star Trek-related happenings of these years, but also what the folks involved in Star Trek were doing at that time. Do yourself a favor and pick this up.

Star Trek: The Next Generation ReAction Figures Beaming Down in June