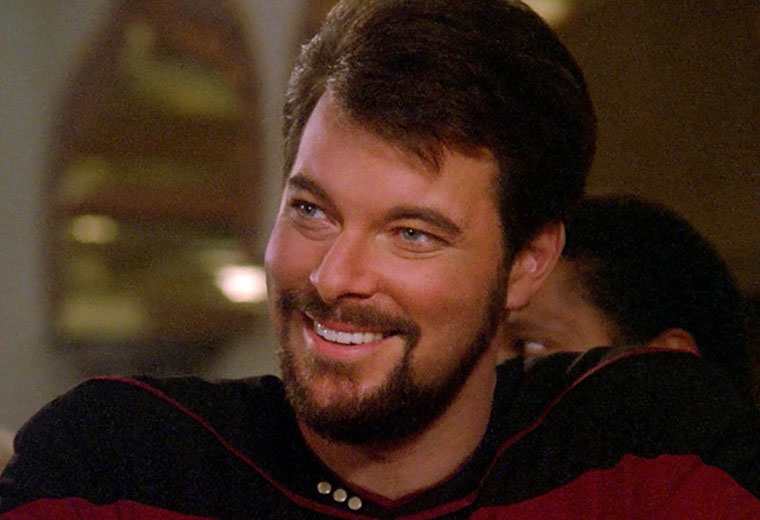 We here at TrekNews.net would like to wish a very happy birthday to Jonathan Frakes, who celebrates his 67th birthday today.

Frakes, of course, is best known for his role of Commander William T. Riker in Star Trek: The Next Generation. He spent seven seasons playing the beloved Riker, who we see go from a brash, bold young officer to a more introspective man ready for a command of his own. It’s hard to imagine anyone else in the role. 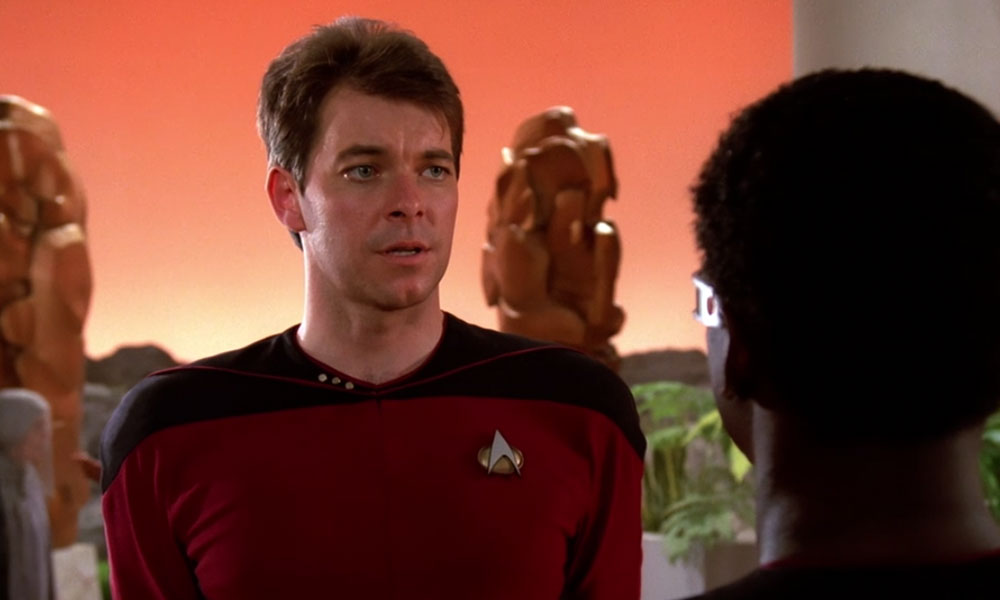 Frakes as Cmdr. William Riker in the Star Trek: The Next Generation premiere “Encounter at Farpoint” (CBS)

We see Riker shine the brightest in episodes like “Best of Both Worlds,” parts 1 and 2, “Second Chances,” “The Outcast,” “Pegasus,” and “Frame of Mind.” In “Best of Both Worlds” we see his potential for command and struggle with difficult decisions, in Second Chances he is forced to come to terms with the decision he made to end his relationship with Counselor Troi. Frame of Mind shows Frakes’s full range of acting skills. Riker is torn between realities, one of performing in Dr. Crusher’s play, another of preparing for an undercover away mission, and one of being an inmate charged with murder in an alien insane asylum.

Frakes is one of only two actors to appear in four different Trek series, with Majel Barrett tying him for that honor. He has also appeared in Deep Space Nine, Voyager and Enterprise. He has additionally directed episodes in three series, TNG, DS9 and VGR. He most famously directed the TNG movies Star Trek: First Contact and Star Trek: Insurrection, with First Contact generally judged to be the best of the TNG movies. 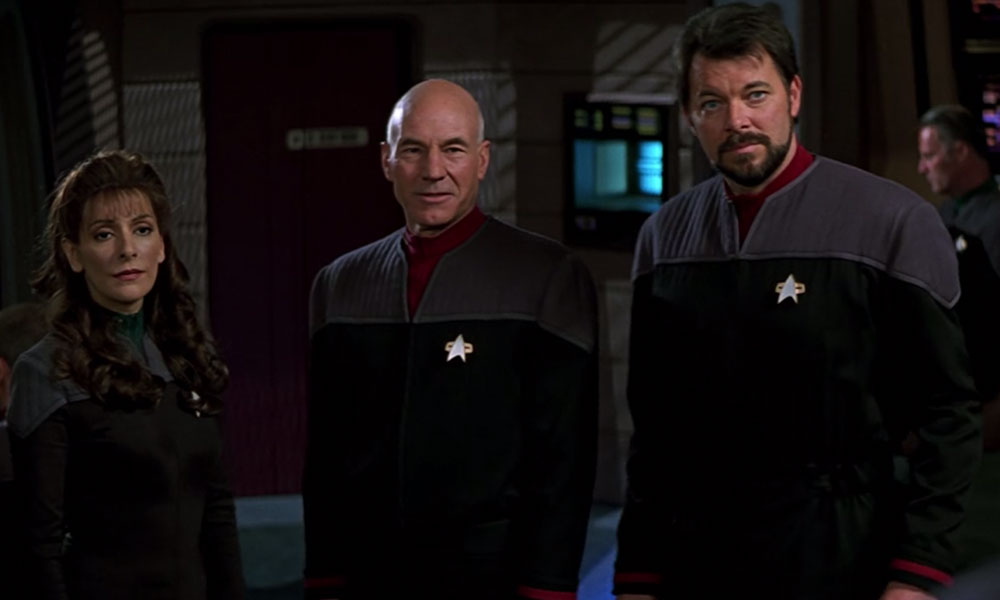 In the modern Star Trek era, Frakes has directed three episodes of Star Trek: Discovery (season one’s “Despite Yourself” and season two’s “New Eden” and “Project Daedalus“), and has announced he will direct an episode of Star Trek: Picard, in addition to appearing in that show as William Riker.

Frakes was born in Bellefonte, Pennsylvania, and grew up in Bethlehem, PA. He graduated high school in 1970, and from Penn State University in the early 70s, where he received a Bachelor of Fine Arts in Theater Arts. He is married to actress Genie Francis, whom he met on the set of the soap opera Bare Essence, and again on North and South. They married in 1988 and have 2 children. 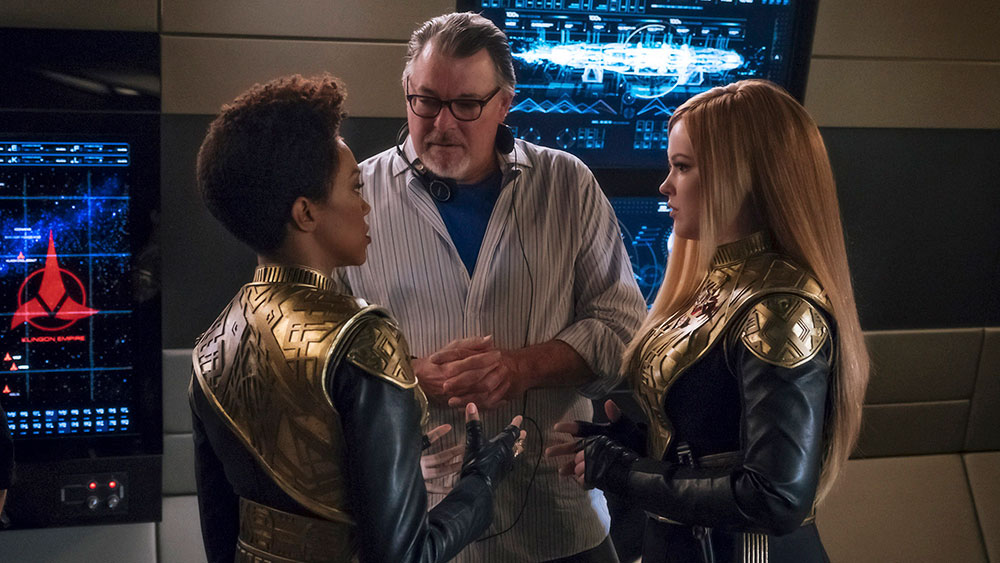 Frakes, along with Sonequa Martin-Green and Mary Wiseman, on the set of Star Trek: Discovery (CBS)

In addition to his work on the Star Trek franchise, Frakes is known for voicing David Xanatos on Gargoyles, and providing a voice for adult Finn on the popular Cartoon Network series Adventure Time. His directorial credits include episodes of Roswell, Dollhouse, Castle, NCIS: Los Angeles, Burn Notice, and Marvel’s Agents of Shield, among others.