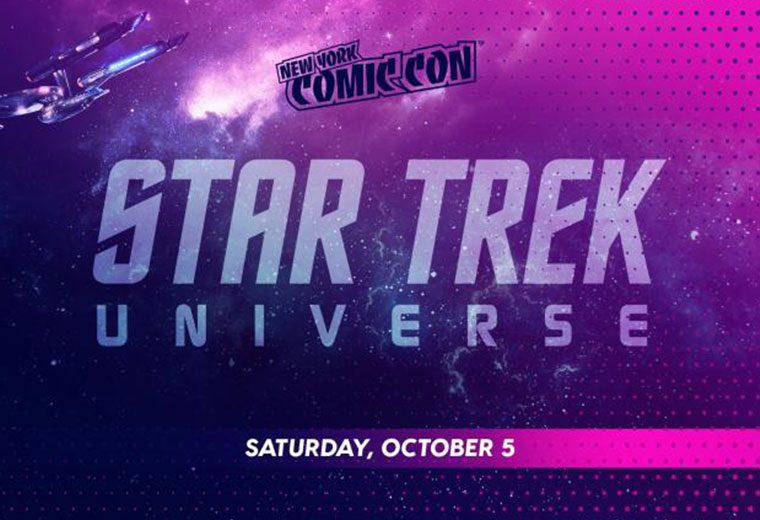 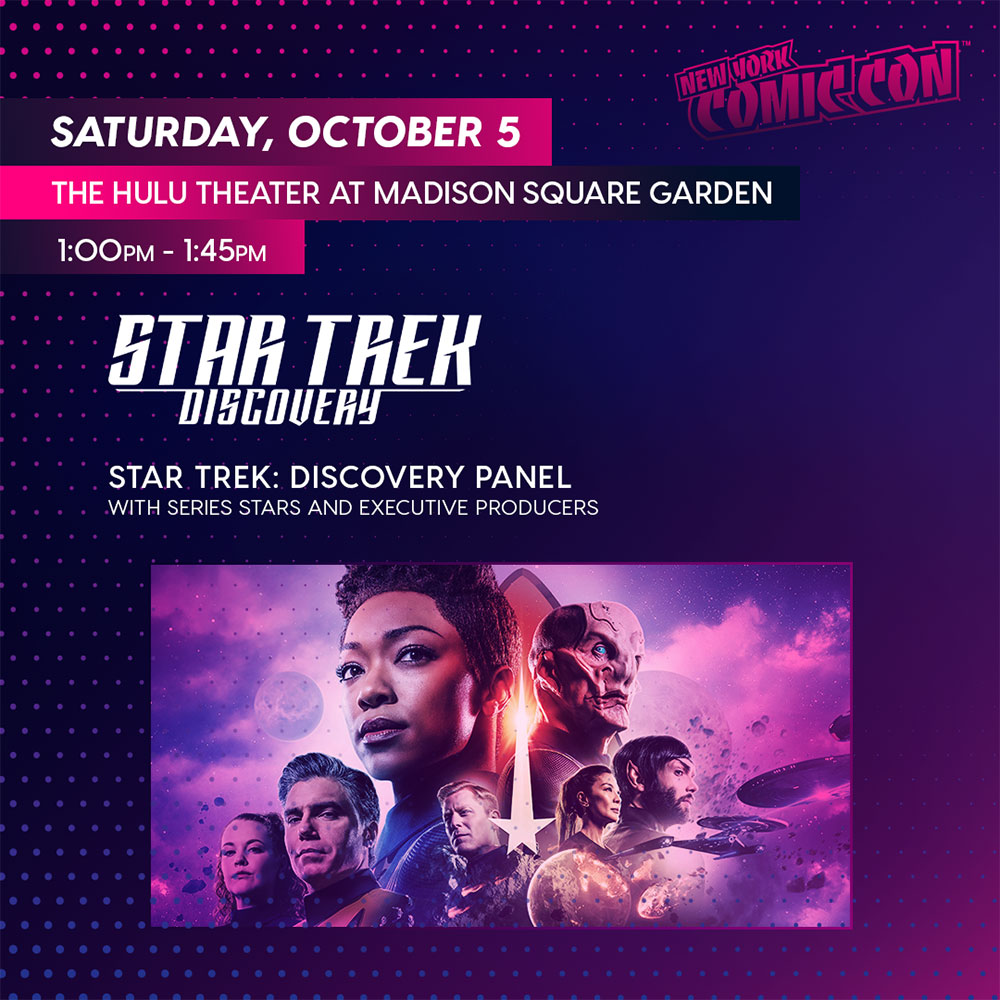 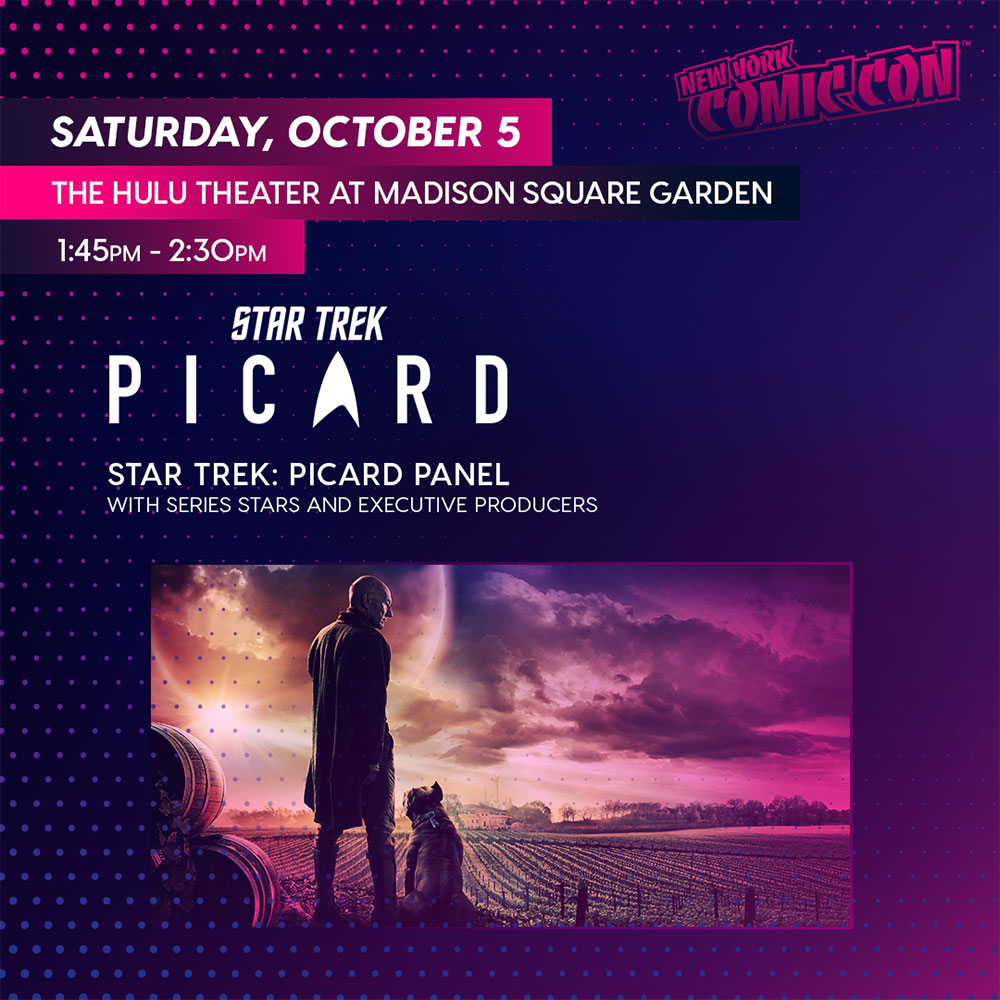 1:00PM – 2:30PM – STAR TREK UNIVERSE PANEL – Over 50 years ago, the world was first introduced to what would quickly become a cultural phenomenon for the ages. “Star Trek” broke barriers then and continues to do so now, inspiring people of all generations and walks of life with its celebration of cultural diversity, scientific exploration and the pursuit of uncharted frontiers. Today, the Star Trek universe continues to thrive, exploring all new missions for Starfleet. Join “Star Trek” Executive Producer Alex Kurtzman for back-to-back panels filled with the latest “Star Trek” news.

CBS All Access invites you to join the cast and producers from its hit series “Star Trek: Discovery,” including Sonequa Martin-Green, Doug Jones, Mary Wiseman, Anthony Rapp, Wilson Cruz and David Ajala as they discuss the dramatic season two finale and what adventures lie ahead for the Discovery crew as they jump almost 1000 years into the future in season three. (1:00pm – 1:45pm)

Additionally, the U.S.S. Discovery Transporter Experience that was on hand at San Diego Comic Con, earlier this summer, will also be set up for NYCC at the Javitz Center’s Crystal Palace.