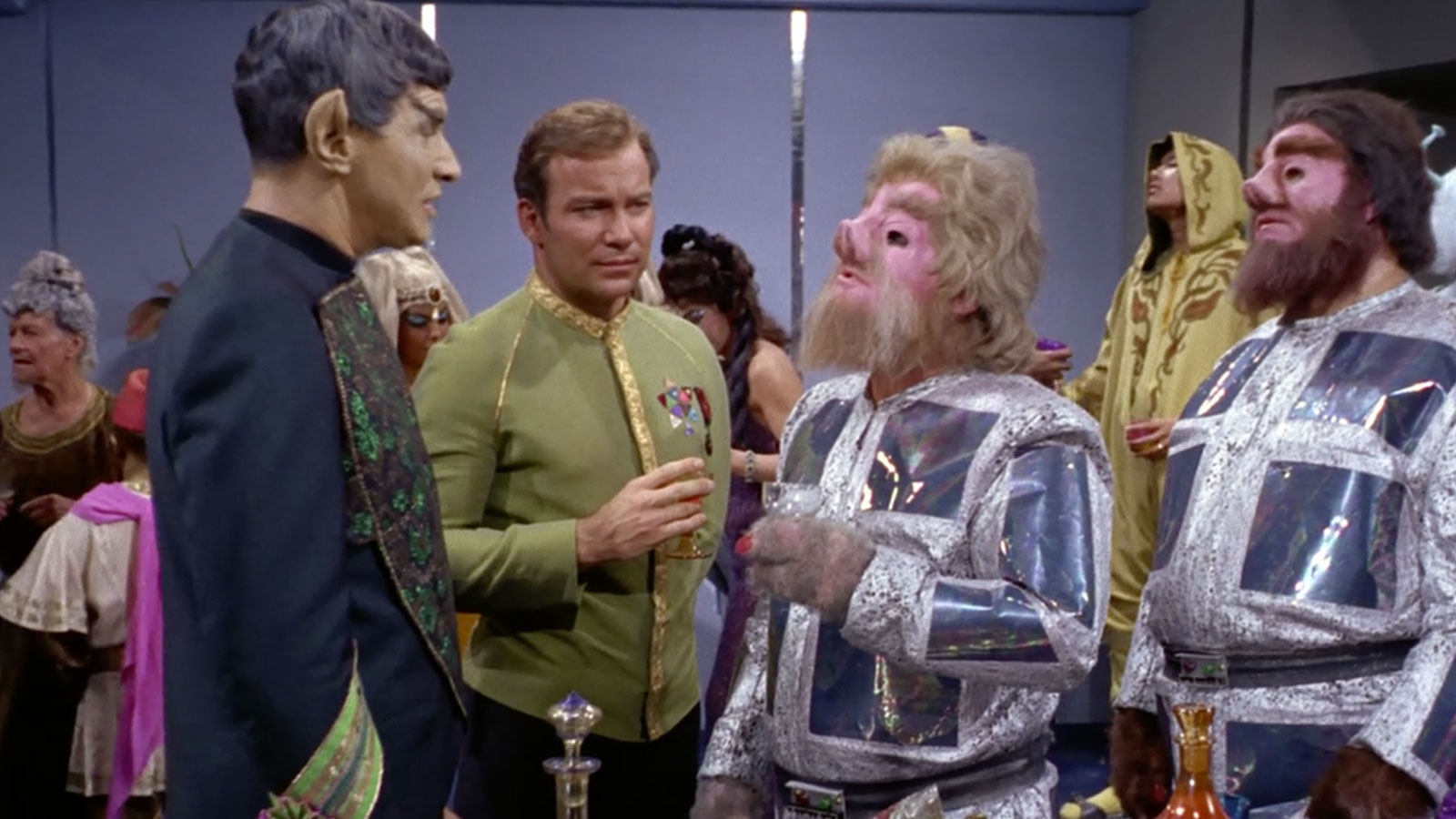 Have you ever wanted to tour the Enterprise with the man who played Captain James T. Kirk? Have you ever thought about what it would be like to sit down for Thanksgiving dinner with him?

Well, your opportunity is right around the corner, as the one and only William Shatner is scheduled to appear at the Star Trek Set Tour in Ticonderoga, New York for “Treksgiving” weekend, on November 22 and 23.

In addition to signing autographs and posing for photo ops on the bridge of the original Starship Enterprise set, Shatner will also be sitting down to break bread with a few fans for a Thanksgiving dinner.

The man who played Captain Kirk in three seasons of Star Trek: The Original Series and in seven feature films, will also appear on stage, where he will discuss his current and future projects.

Update: A previous version of this article included mention of the debut of the Set Tour’s Star Trek Film Academy. The inclusion of the Film Academy during the weekend has since been removed and this article has been updated to reflect that change. Additionally, the original dates of November 22, 23 and 23 have been updated to reflect the scheduling change. 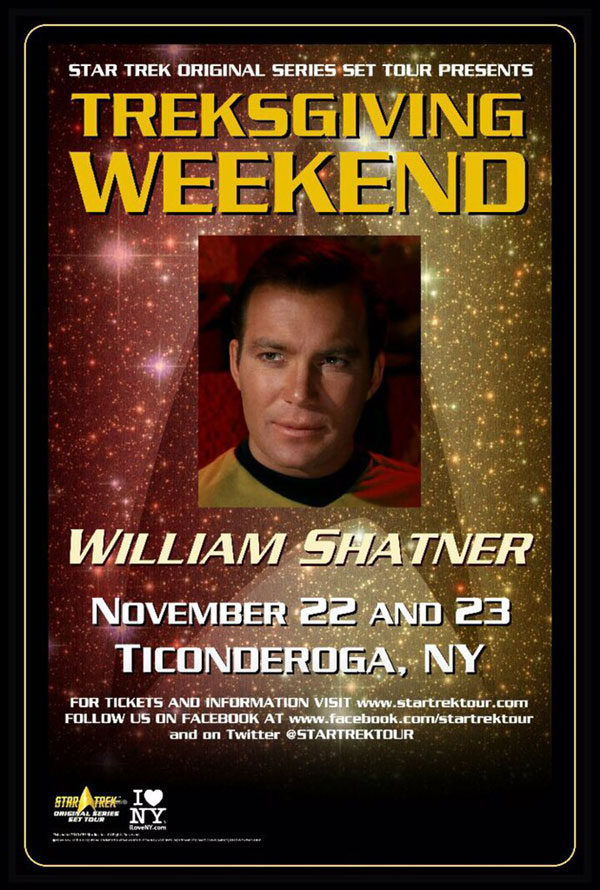 Ticket prices start at $80 for general admission, and go up to $1,500 for the VIP package. The latter includes “Treksgiving” dinner with Shatner, along with autographs, a photo with him and a guided tour around the TOS set.

To purchase tickets and for more information, visit startrektour.com.

In this article:Conventions and Events, Star Trek: The Original Series, William Shatner