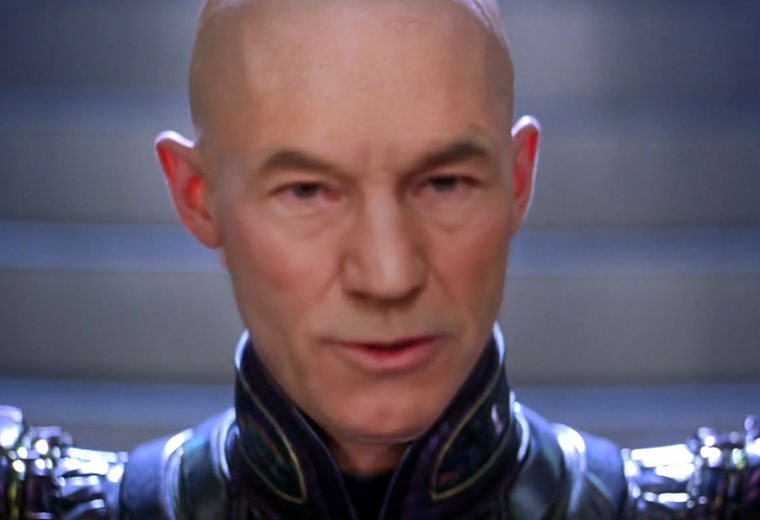 With the debut of Star Trek: Picard right around the corner, many of us are looking back at Patrick Stewart‘s history with the character. Following seven seasons of Star Trek: The Next Generation, Stewart continued to play Captain Jean-Luc Picard in four feature films—including for the final time, in 2002’s Star Trek: Nemesis. In that film, Picard comes face-to-face the Romulan-created clone of himself, Shinzon, played by Tom Hardy. In a new “deepfake” video, which utilizes machine learning AI technology, Youtuber Deep Homage replaces Hardy’s face with Stewart’s in what can be described as an interesting look at how the dynamic may have played out on screen, if Picard’s younger clone looked more like he does.

Check out the video below and let us know what you think. Do you think Patrick Stewart should’ve played Shinzon? Does Hardy’s voice matched up with Stewart’s face weird you out as it does us? Tell us in the comments section below.

Stay tuned to TrekNews.net for all the latest news on Star Trek: Picard. You can connect with us on social media: @TrekNewsNet on Twitter, @TrekNews on Facebook, and @TrekNews on Instagram.