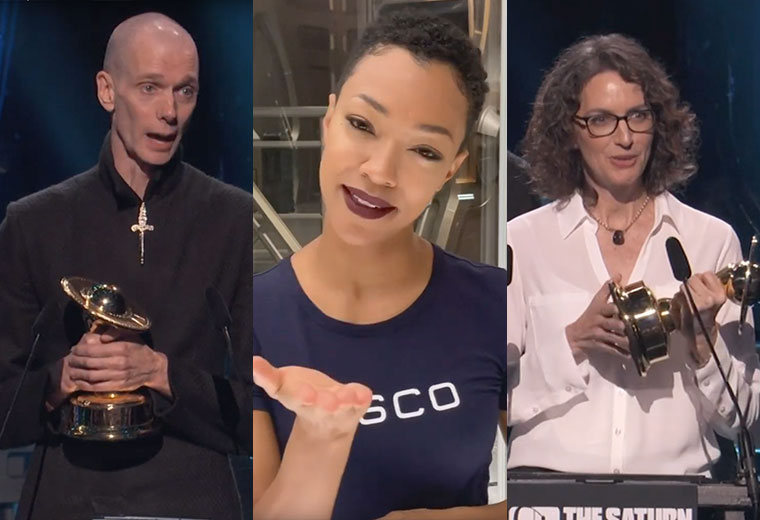 Emanating from the Avalon Hollywood in Hollywood, Calif., the Saturn Awards are presented by the Academy of Science Fiction, Fantasy and Horror Films and were streamed live on CONtv and Youtube. 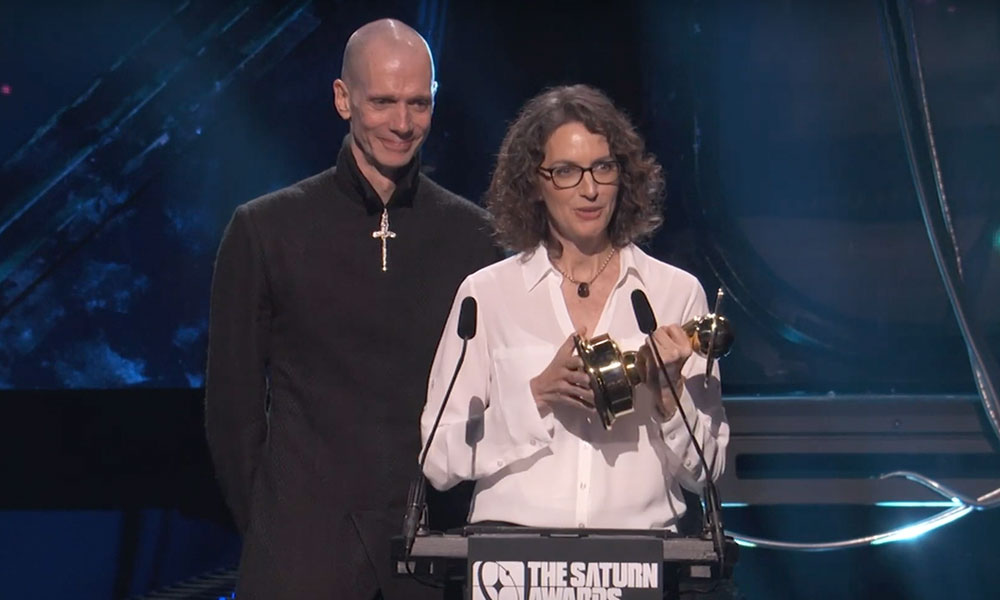 Regarding the win, Paradise said: 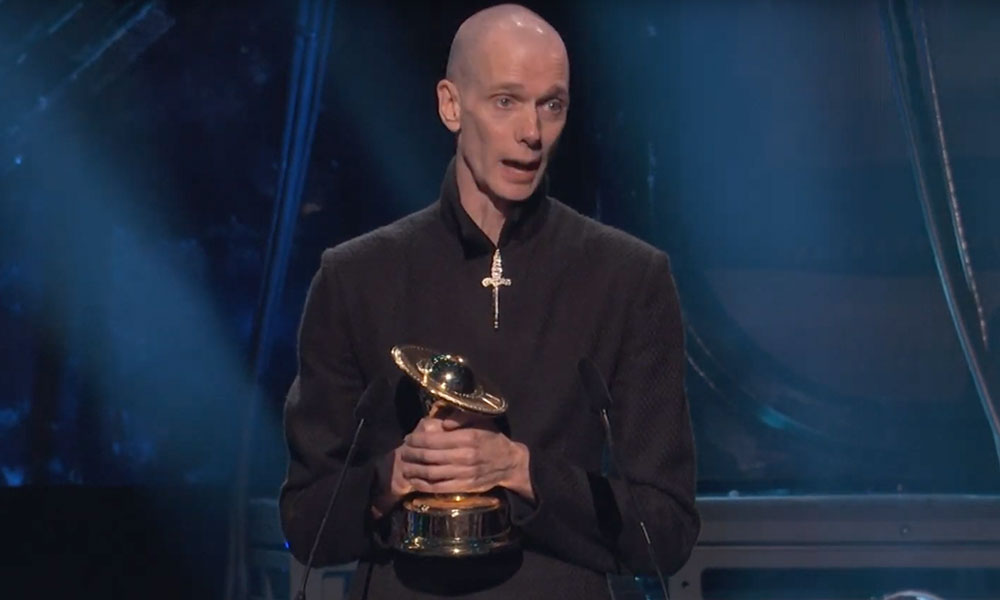 “I’m so grateful, thank you. The Saturn Award and the Academy of Science Fiction, Horror, and Fantasy is the one academy voting body that actually gets me. You’re my people and I thank you dearly from the bottom of my heart for that. Other shows are great but this is the one that I’ve always coveted.

Alex Kurtzman and Michelle Paradise; thank you and the entire writers’ room, for giving me such luscious material and a layered character with depth that is unusual for an alien—so I thank you for letting me be Saru.

Also to my makeup team. It takes a village to make a Kelpian. Everyone at Alchemy Labs: Glenn Hetrick and Neville Page, James MacKinnon and the entire team in the season two makeup trailer, I would not be as pretty as I am without you.”

Discovery writer Bo Yeon Kim was tweeting photos from the ceremony. One of which included Doug Jones holding his newly-won Saturn Award. 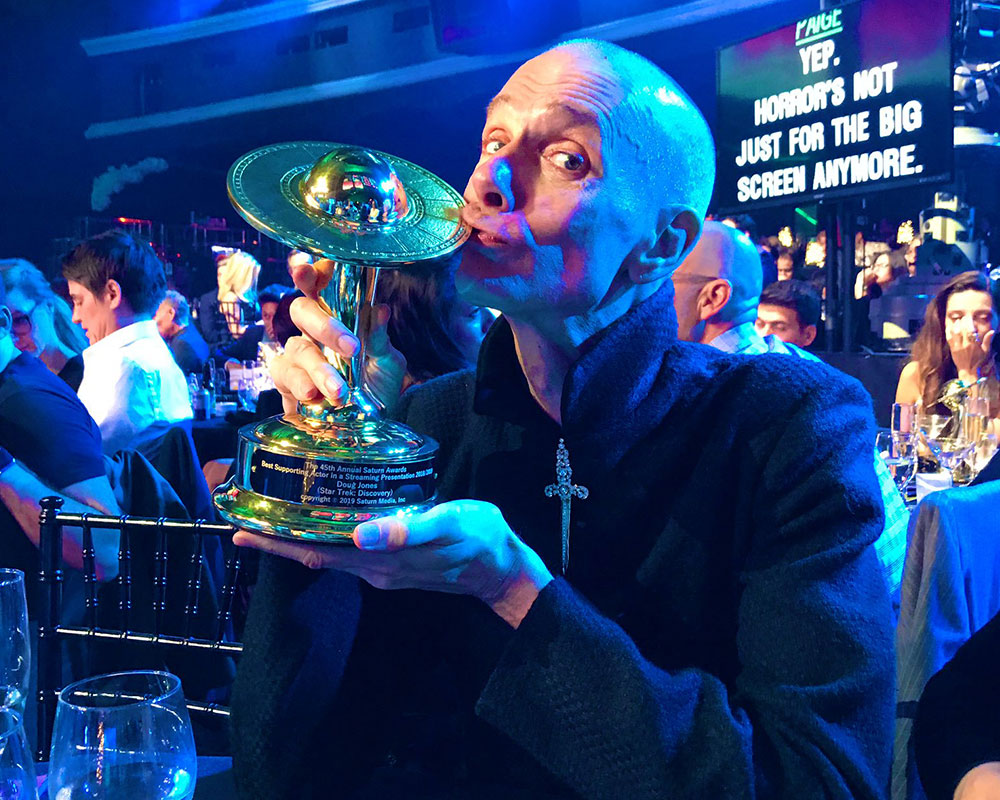 Best Actress in a Streaming Presentation

Finally, Discovery lead Sonequa Martin-Green won for Best Actress in a Streaming Presentation for her role as Michael Burnham in the series. While Martin-Greeen wasn’t able to appear at the ceremony in person, she did send a video with on the set of Discovery, thanking the academy, the series crew and the fans. 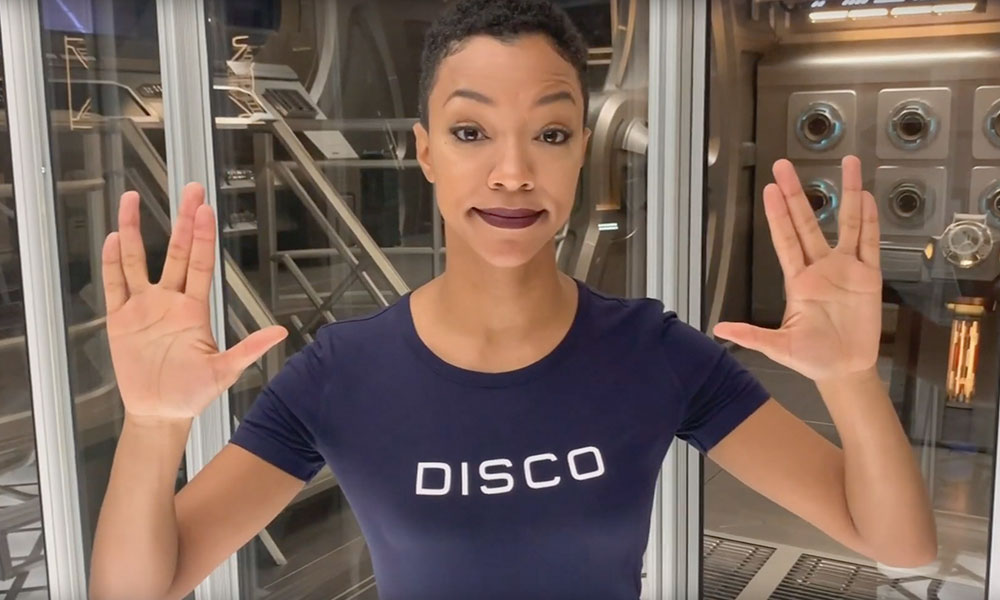 From the set of Star Trek: Discovery season three, Sonequa Martin-Green accepts the award for Best Actress in a Streaming Presentation

Her competition in the category included Carla Gugino from The Haunting of Hill House, Elizabeth Lail from You, Natasha Lyonne from Russian Doll, Molly Parker from Lost in Space, Krysten Ritter from Jessica Jones, and Kiernan Shipka from Chilling Adventures of Sabrina.

In addition to the cast and crew of Discovery, Star Trek: The Original Series star George Takei was also in attendance. 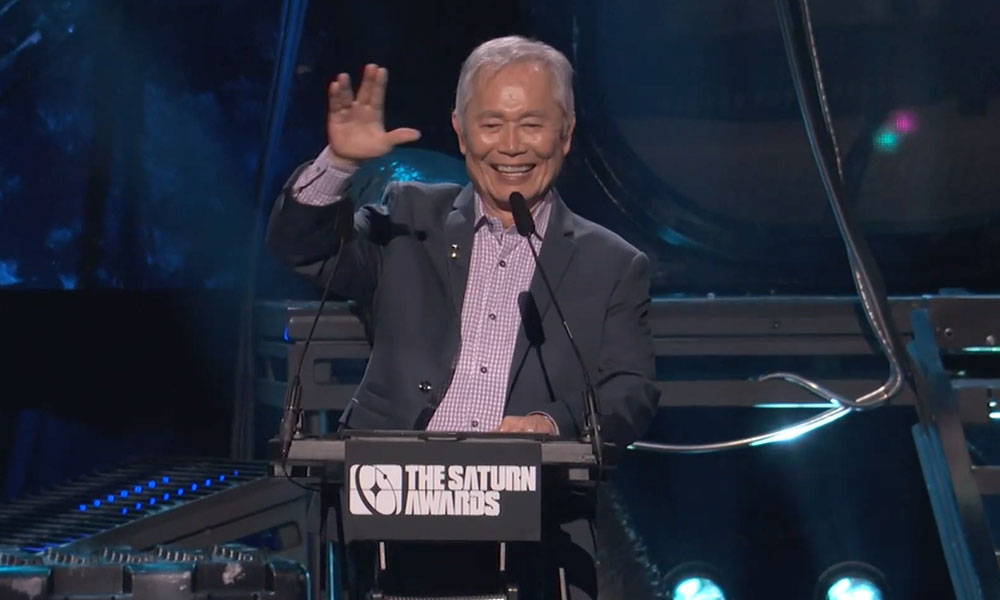 George Takei was in attendance