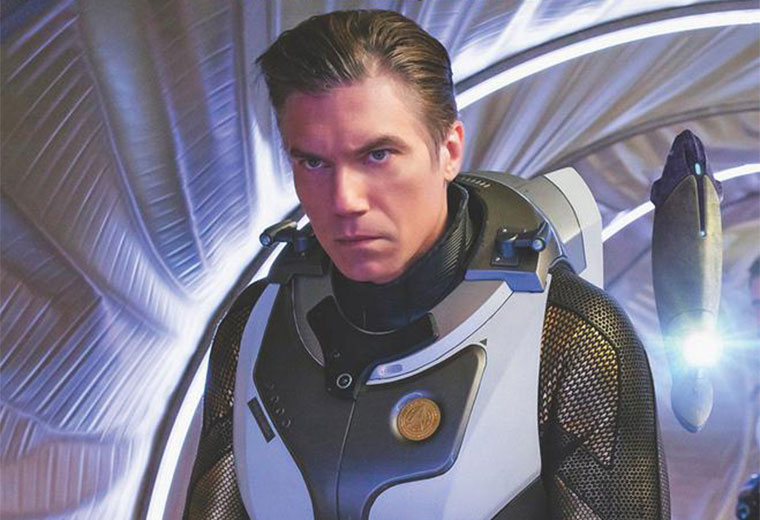 With tensions at a boiling point, Captain Pike on behalf of Starfleet meets with Mother herself, L’Rell, to see if they can help quiet things down.

But trouble is on the horizon and the mind of Pike’s chief advisor Spock is elsewhere. 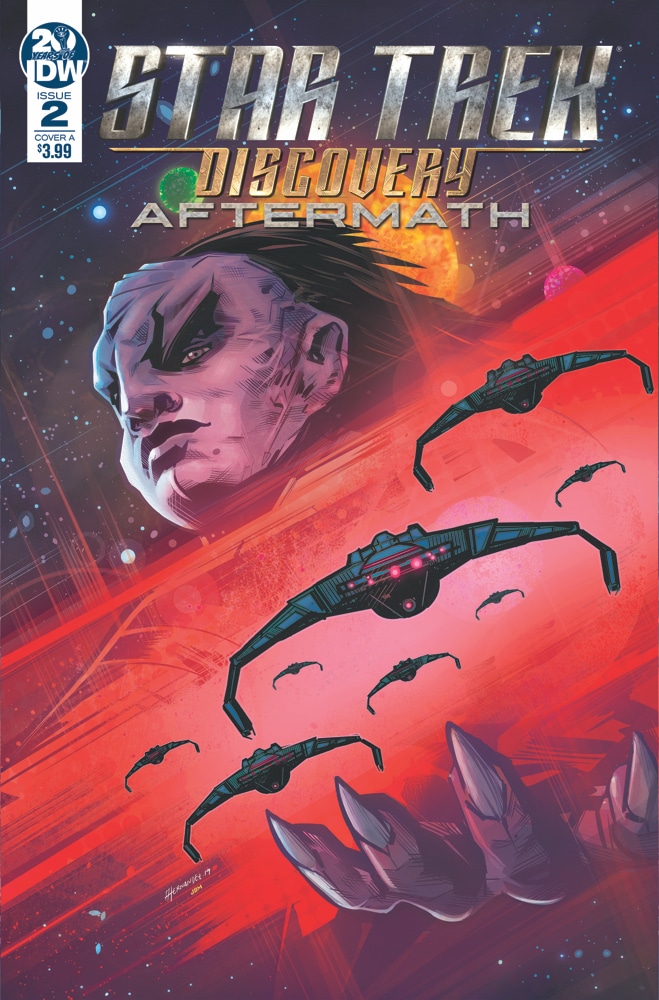 In the previous issue we learned that in the aftermath (ba-dum-tss!) of the Enterprise and Discovery’s clash with Control, it took Spock some convincing from Pike to get back into the fray of things. In spite of Spock’s heart and mind being preoccupied with the disappearance of his sister Michael into the whirlpool of time, he knows there are more important things that need to be addressed.

Prime among them is Unifier of the 24 Klingon Houses, Chancellor L’Rell, who has agreed to talks for establishing peace between Klingons and Starfleet. L’Rell faces a mountain of her own. The Klingon elders are not happy with this new move, latest in a long line of decisions that, in their opinion, are abandoning the old ways of the mighty race. This sentiment of the elders is not uncommon among the people and while some are content to keep this in whispers, others are willing, and quietly plotting, to pick up the Bat’Leth to take L’Rell on. One of the latter is Kor, a young Klingon.

So when L’Rell confronts Kor about this, and tells him she is appointing him to her security team for her conference with Starfleet anyway, it is surprising to put it mildly.

Both parties arrive at a neutral location. The stage is set. The mood is tense.

Mike Johnson and Kirsten Beyer have exhibited skill in so many themes across the Star Trek canon, it is hard to keep up with the ratio of which ones are showcased more, and which ones less. But due to the nature of Trek, comedy is not the most frequent among them. But the duo find ways to inject comedy in this issue, which is at once most impressive and astoundingly obvious. When things are at their most tense, what do you do? You break with comedy, of course!

Johnson and Beyer attempt that here and they succeed. Not just with the Spock/Pike banter but when Pike is isolated and put on the spot, he manages to find something to be amused by, which in turn provides relief to us page-turning, hungry-for-conflict nerds. The action is there but saved for the end, and that’s okay, because the Discovery characters are so well written here, just watching them interact and walk around is a treat.

That feeling of simple interaction being a treat is thanks in no small part to Tony Shasteen‘s pencils. Shasteen is a veteran in his own right to Trek comics, and has perfected the balance between honoring the likeness of the real life actors that play these roles, and the comic book flavor that needs to be added to translate their form from screen to page. When his pencils fuse with J.D. Mettler‘s colors, Discovery comes roaring back to life in this series.

Shasteen is trying new things with his approach to this series and two issues in, I can safely say that not only is this style sustainable, it is intriguing and satisfying. Be it the charm of Pike’s smile or the terror of a Klingon vessel, Shasteen’s efforts to make every panel beautiful don’t go unnoticed. In fact, in some panels, all you want to do is stare at and notice the fruits of his craft. 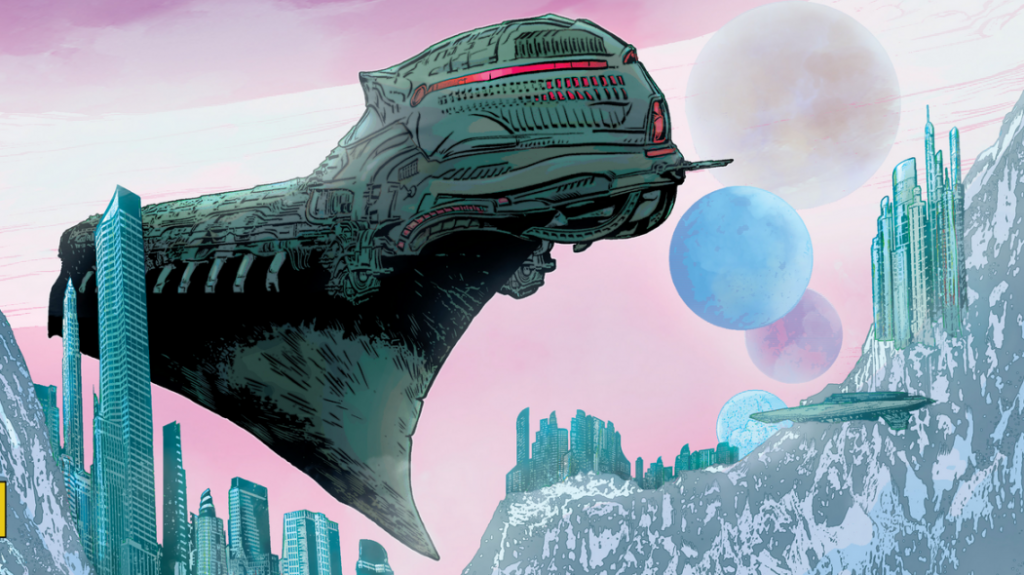 There is plenty of story in the second issue of Aftermath. Every character is on their own tumultuous journey, some external, some internal. But all of it doesn’t stop them from doing things of importance, and having fun.

Good news is when they have fun, we get to have fun watching them do it. The cliffhanger in the final pages makes the wait for the upcoming final issue difficult, but that is what re-reading is for. 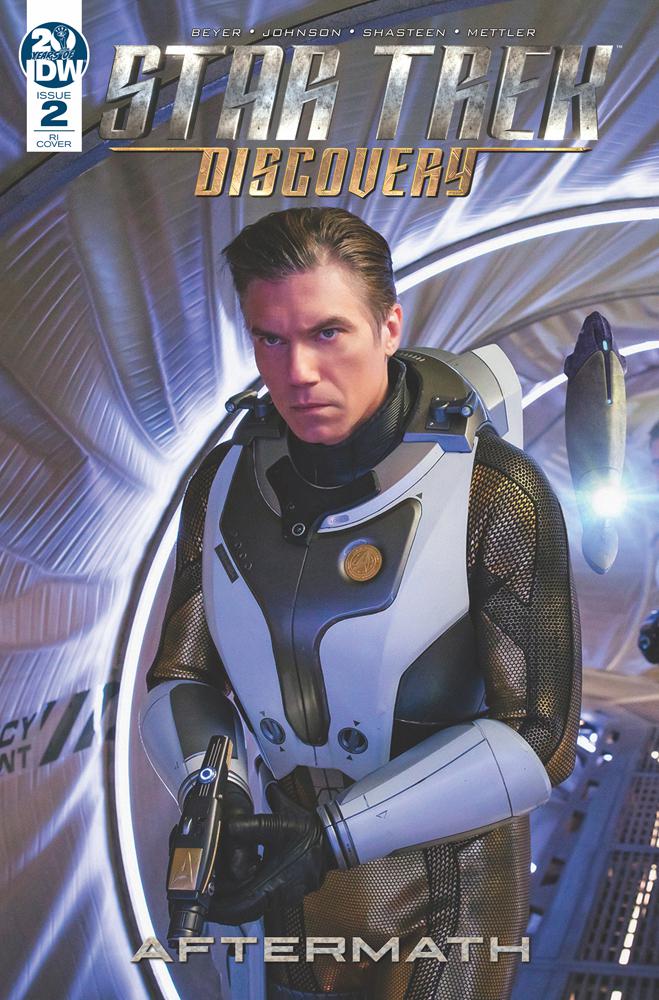