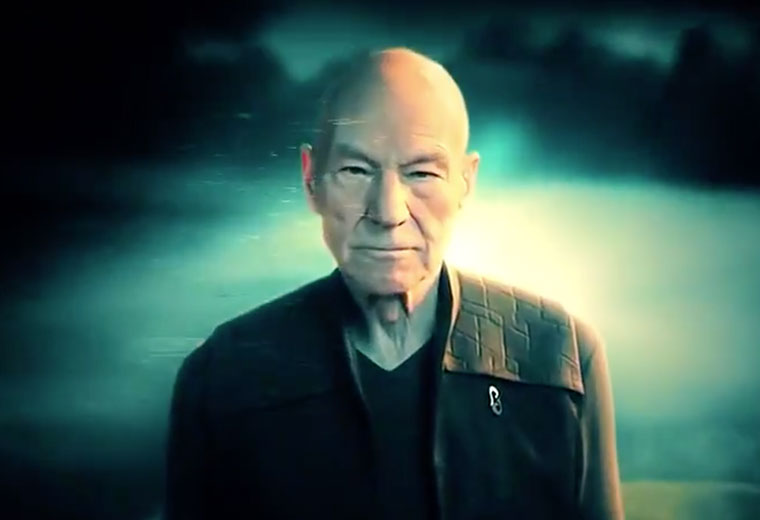 The 15-second teaser, first shared by CBS on Twitter, features cascading images of Patrick Stewart as Jean-Luc Picard walking and smirking at the viewer, then revealing the Star Trek: Picard logo.

Check it out below. Please note that the video may be restricted to viewers within the U.S. We will add an international version, when it becomes available.

The big question is what exactly is that insignia on Picard’s chest? 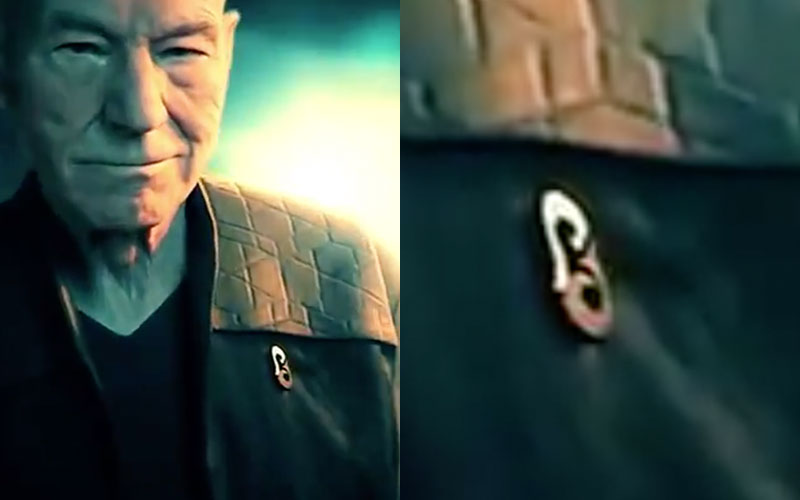 The Picard panel is set to take place at 1:45 pm, immediately following the Star Trek: Discovery panel, which kicks things off at 1 pm.

The TrekNews.net team will be tweeting live from both the Star Trek: Picard and Star Trek: Discovery panels, beginning at 1 pm ET on Saturday. You can follow us on Twitter at @TrekNewsNet.

Star Trek: Picard is slated to premiere in early 2020 and will see Patrick Stewart return to the role of Jean-Luc Picard. The series is being produced by Stewart himself, along with Alex Kurtzman, James Duff, Akiva Goldsman, Michael Chabon, Heather Kadin, Rod Roddenberry, Trevor Roth and Aaron Baiers.