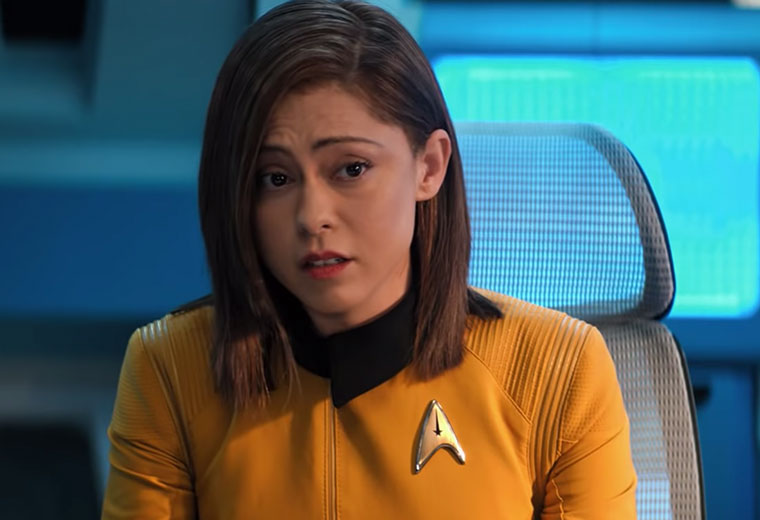 Following the surprise release of “Q&A,” the first episode of the second season of Star Trek: Short Treks, CBS is set to release the second episode this Thursday with the Tribble-centric episode “The Trouble With Edward.”

The episode will focus on Captain Lynne Lucero (Rosa Salazar) who has recently taken over command of Federation starship, the U.S.S. Cabot and her encounter with scientist Edward Larkin (H. Jon Benjamin).

Directed by Daniel Gray Longino, “The Trouble With Edward” is written by Graham Wagner. The episode will be available to watch in the U.S. and Canada this Thursday, October 10, 2019.

In the “The Trouble With Edward,” we meet newly minted Captain Lynne Lucero (Rosa Salazar) who is excited to take command of the U.S.S. Cabot. That is, until she meets Edward Larkin (H. Jon Benjamin), an ornery scientist who believes he has found a revolutionary new use for tribbles.

“The Trouble with Edward” Preview: