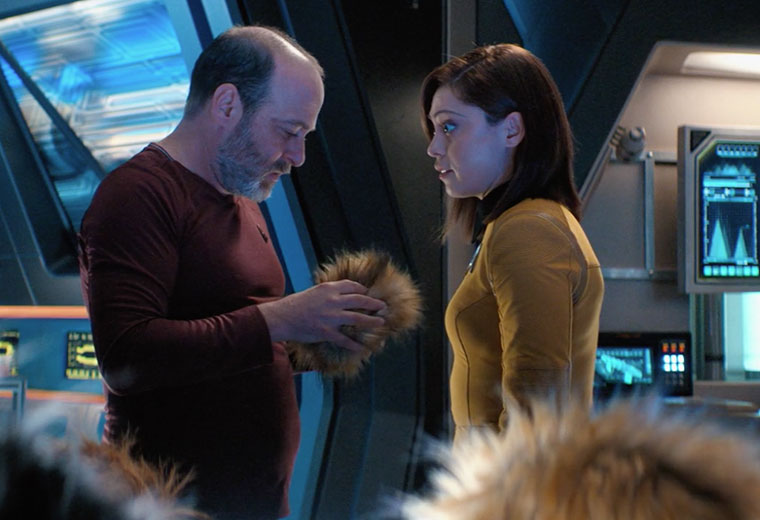 Star Trek fans have been treated to a variety of great episodes that usually fall into two categories: serious or comical. For every “ The Best of Both Worlds,” there’s a “The Trouble with Tribbles.” For every First Contact, there’s the one with the whales. This duality shows how effective Star Trek can be in the right hands no matter the tone. We’re happy to report that the latest Short Treks, called “The Trouble with Edward,” firmly fits into the list of great Star Trek episodes in the comedy category. 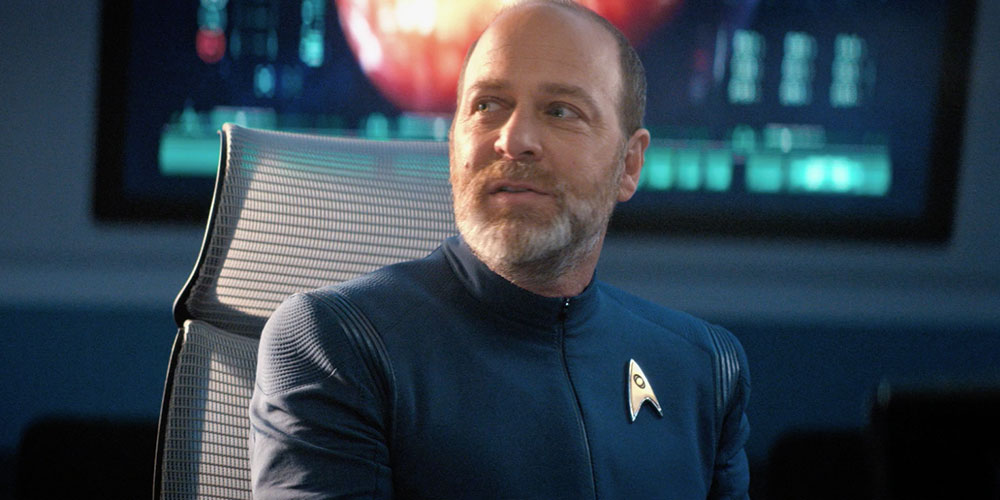 Making his first Star Trek appearance is H. Jon Benjamin, whose voice is immediately recognizable to any Archer, Bob’s Burgers, or Family Guy fans. He plays the titular character Edward Larkin, a, shall we say, strange protein specialist onboard the USS Cabot. Joining Benjamin in her debut Star Trek appearance is the charming Rosa Salazar (of Alita Battle Angel fame) as the newly promoted Captain Lynne Lucero, formerly of the USS Enterprise. Thanks to Larkin’s, ah… motivated scientific efforts, Tribbles break out on the Cabot and threaten to overrun the ship and its crew. 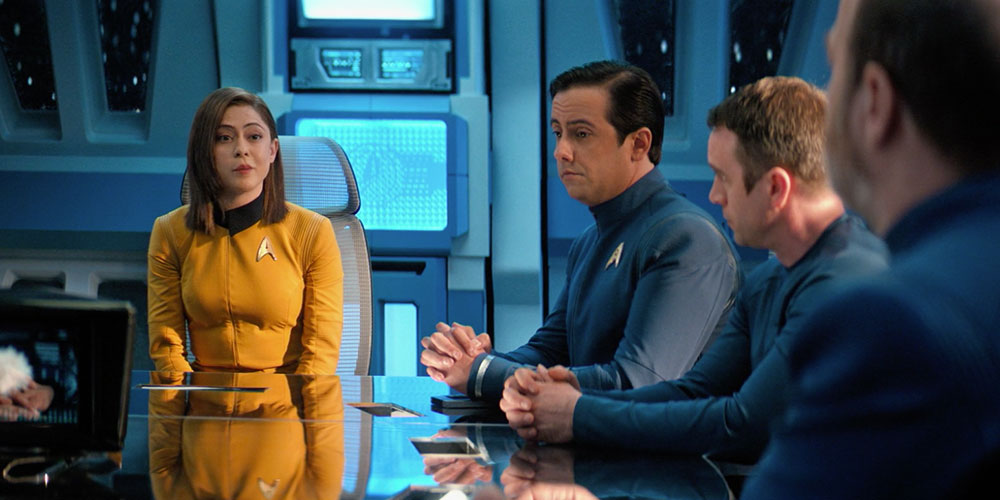 This is a perfect setup for the confines of the 15-minute runtime. The plot is well-paced, with tight direction and an appropriately limited scope. Within minutes, Lucero is identified as a go-getting rising officer, who can be delightful and personable, yet disciplinary when she needs to be. Likewise, Benjamin uses his veteran comedic chops to excels as the odd and awkwardly funny scientist, stealing the show whenever he is on screen. 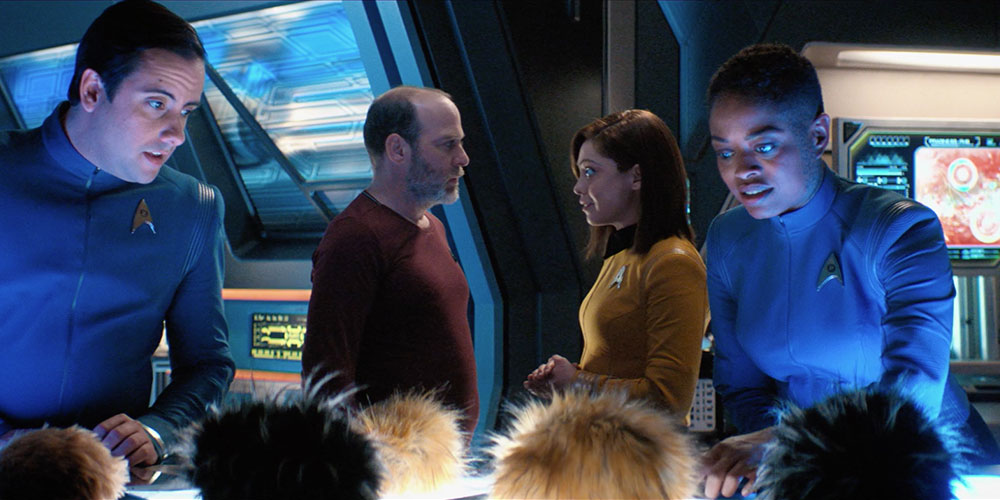 Memorializing a Star Trek topic as revered as Tribbles is no small task, and like previous Tribble episodes, the reason why “The Trouble with Edwards” works is because it doesn’t take itself seriously. The audience is totally in on the joke, and are sure to laugh at some of the dry humor injected in the episode by the lovable animals. Tribbles are seen terrorizing the crew, which normally might be terrifying, but in reality you’ll likely stifle a laugh. A tidal wave of Tribbles devours their, ah, father… which is something older episodes would never have been able to accomplish. And who can resist the allure of that tasty Tribble meat? They are like scallops, after all. It’s all great stuff. 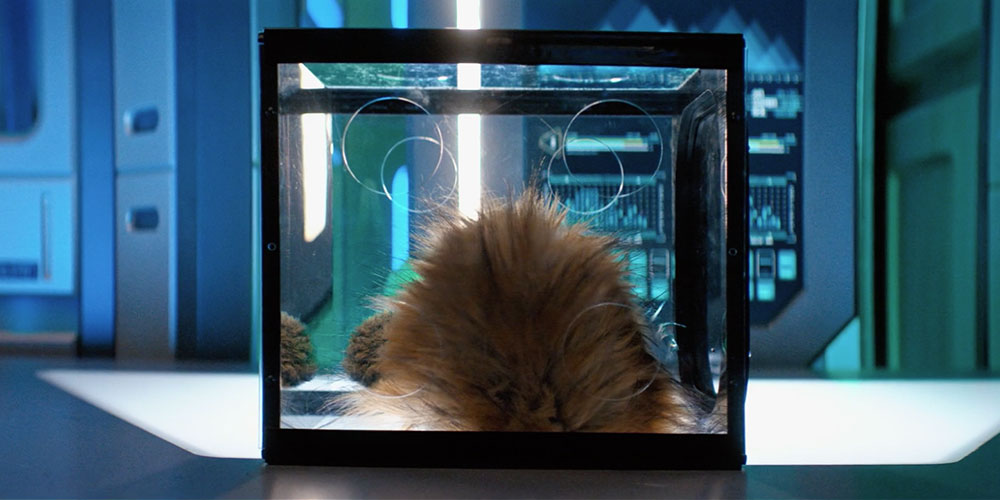 Taken together, “The Trouble with Edward” provides some fantastic fan service, especially considering this episode provides the real reason why Tribbles multiply so fiercely. More broadly, it’s a gold standard for pacing, scope, and quality for what Short Treks can be.