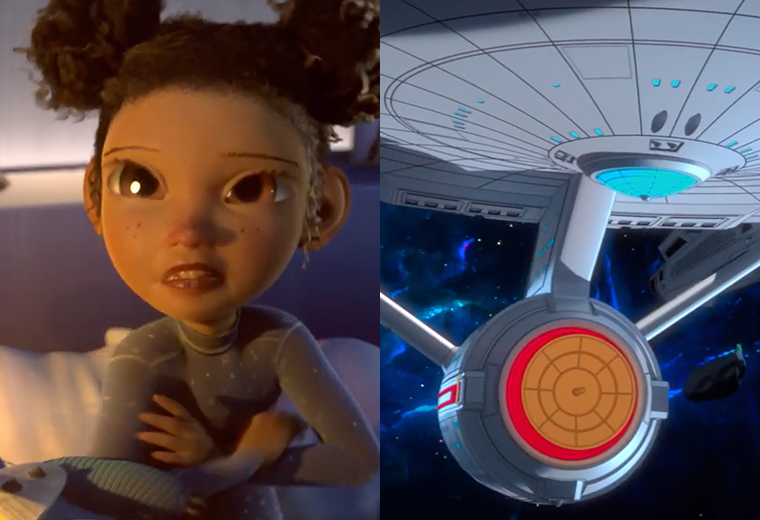 Check out the trailers for the first two animated Star Trek: Short Treks episodes “The Girl Who Made Stars” and “Ephraim and Dot”

Star Trek: Short Treks returns on Thursday, December 12th with the series’ first two animated episodes “The Girl Who Made Stars” and “Ephraim and Dot.”

“The Girl Who Made Stars” was written by Brandon Schultz, who co-wrote Star Trek: Discovery season two episode 11 “Perpetual Infinity” and was directed by Olatunde Osunsanmi, who has directed multiple Discovery episodes along with the previous Short Treks episode “Calypso.”

“Ephraim and Dot” was written by Chris Silvestri and Anthony Maranville, who also wrote the Discovery first season episode “The Red Angel” and was directed by composer Michael Giacchino.

“The Girl Who Made Stars” episode description and trailer:

When a lightning storm in space scares a young Michael Burnham, her father aims to ease her fears with a mythical story about a brave little girl who faced her own fears head on.

Ephraim, a humble tardigrade, is flying through the mycelial network when an unexpected encounter takes her on a bewildering adventure through space.

In this article:Star Trek: Short Treks