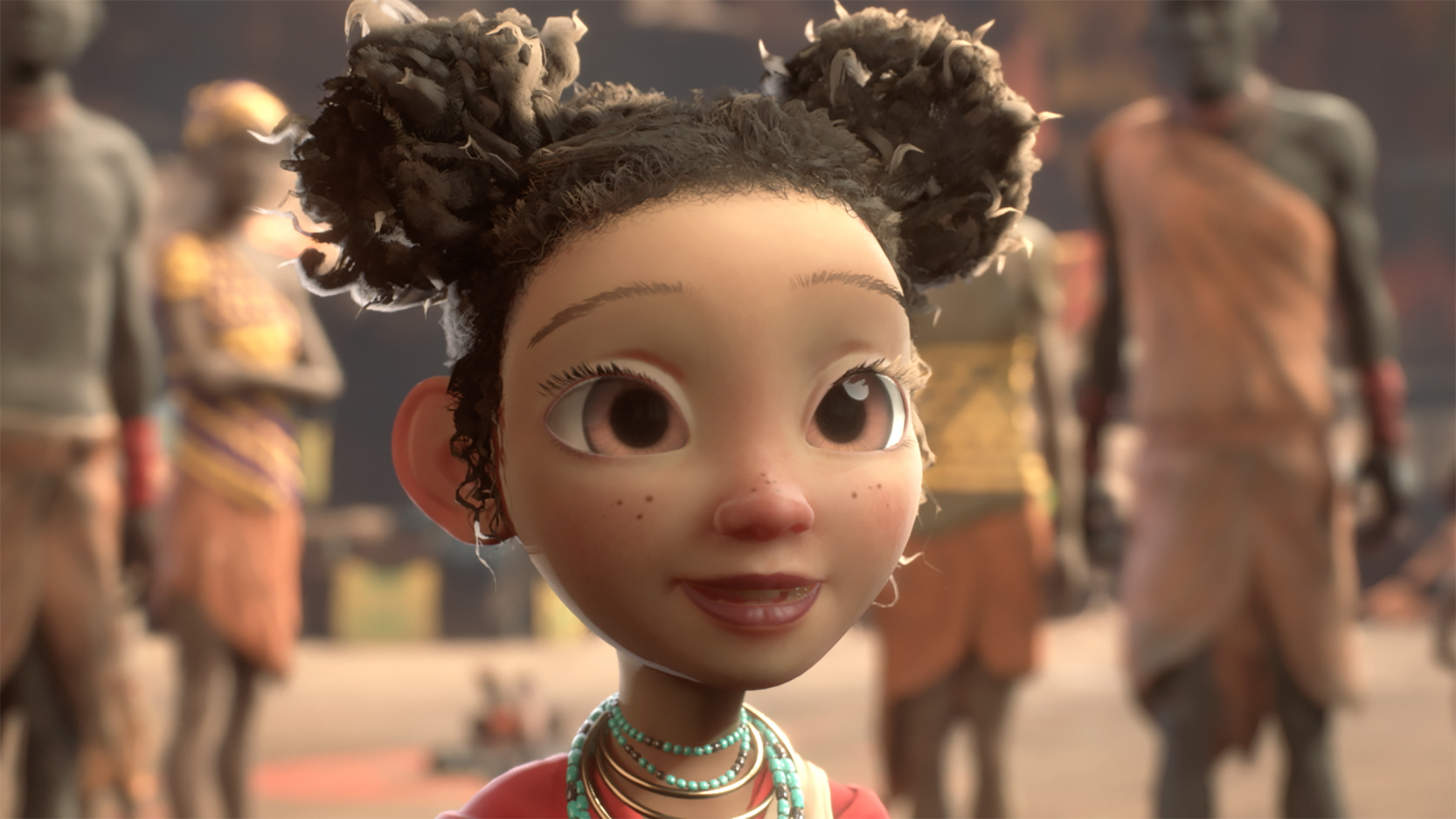 Releasing alongside the entertaining “Ephraim and Dot” comes a unique take on Star Trek storytelling. Using a more life-like animation style and focusing on a story only tangently related to Star Trek, “The Girl Who Made the Stars” focuses on an African legend described by Michael Burnham in the Discovery season two premiere. Using Burnham (voiced here by Kyrie McAlpin) and her dad (voiced by Kendric Green, who played Michael’s father in “Perpetual Infinity” and is Sonequa Martin-Green’s husband) as a framing device for this tale, viewers are told a story that is sure to inspire young and old alike – a great use for Star Trek if there ever was one.

But while the characters, style, and plot may cater to children (not a bad thing), this episode is certainly still enjoyable for adults. Focusing on the “finding your inner strength” theme, the story relates how an African girl is able to face her fears and inspire her community. It’s a touching tale that is perfectly Star Trek-themed, yet almost completely devoid of any Star Trek references, except for the inclusion of Burnham and her father. Indeed, this episode could stand on its own and still be perfectly relevant to fans and non-fans. That’s a great achievement.

Like its sister animated episode, “The Girl Who Made the Stars” is well-paced within its eight-minute runtime. It’s also a great example of the kinds of stories animation can tell verses a more constrictive live-action episode. This episode is colorful, highly stylised, and contains moments that would be difficult to convey through live-action. If the quality of these two animated episodes is any indication, we have high hopes for the future of Star Trek animation.

Taken together, “The Girl Who Made the Stars” is a great entry for Short Treks, and, along with “Ephraim and Dot,” serves as a useful entry point for younger viewers. For existing fans, we get a bit of insight into a younger Michael Burnham and her relationship with her father, but this is only a side effect of the story. Credit goes to Discovery veteran Olatunde Osunsanmi for weaving a tale that can capivate fans and non-fans alike.