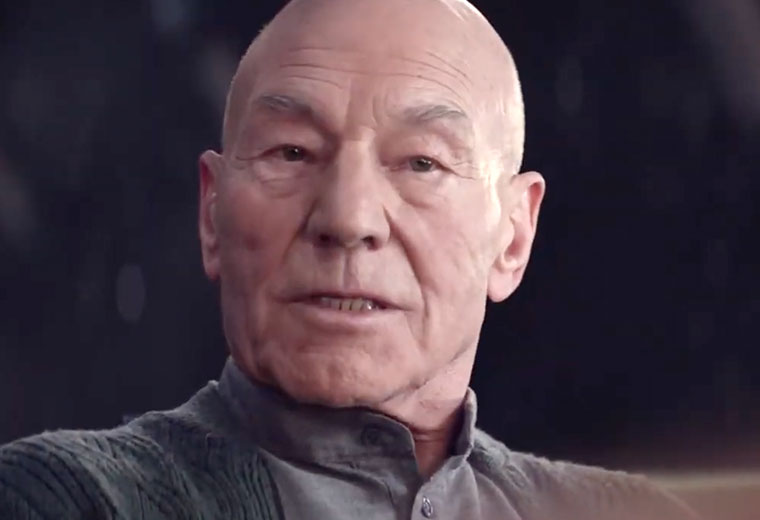 A third trailer for Star Trek: Picard has arrived!

Hot on the heels of the series being already being renewed for a second season, a third trailer just dropped, ahead of next month’s premiere. You can check it out embedded below.

In the trailer, we hear Jean-Luc Picard (Patrick Stewart) in a voiceover saying “I’ve been haunted by my past… but now I have a mission.” Then, showing Picard speaking to someone, as he says “I will do what needs to be done.”

We then see Annika Hansen/Seven of Nine (Jeri Ryan) ask Picard who he’s looking for. “Someone who has no one else to help her.” he responds, as we see Dahj (Isa Briones) in the midst of battle.

Later, William Riker (Jonathan Frakes) asks Picard what he’s “gotten himself into.” To which, he responds with a laugh, implying.

Picard‘s first season will debut on January 23, 2020 on CBS All Access and will be available in more than 200 countries and territories on January 24, 2020 through Amazon Prime Video. The series will star Patrick Stewart as he returns to the role of Jean-Luc Picard, alongside Isa Briones, Santiago Cabrera, Michelle Hurd, Alison Pill, Harry Treadaway and Evan Evagora. The series will also gueststar Star Trek: The Next Generation alum Jonathan Frakes (William Riker), Marina Sirtis (Deanna Troi), Brent Spiner (Data/B4), Jonathan Del Arco (Hugh the Borg) along with Star Trek: Voyager‘s Jeri Ryan (Annika Hansen/Seven of Nine).