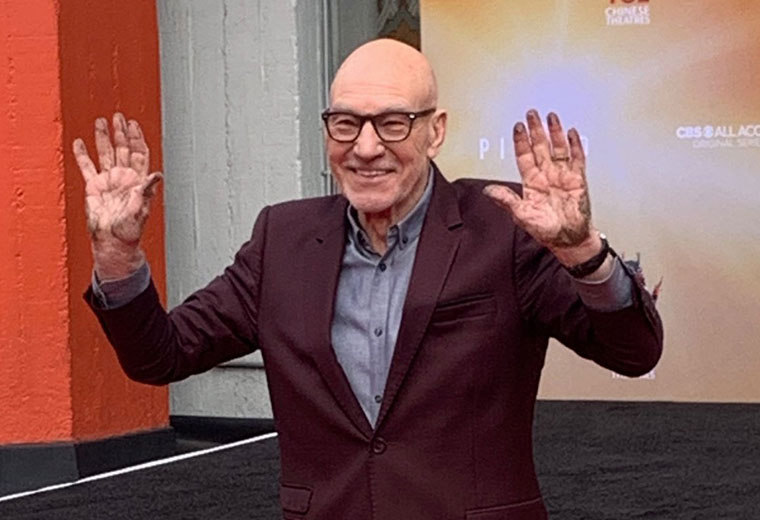 With the first episode of Star Trek: Picard set to debut on CBS All Access is just over one week, the cast and crew of the new series took to the black carpet for the Los Angeles premiere on Monday night. Patrick Stewart, who returns to the role of the iconic Jean-Luc Picard spoke to a few media outlets as he entered the premiere. While Stewart anticipates fans will get a lot out of the series — although one thing is at the top of his list:

“The same thing that has been a fundamental part of Star Trek; hope.”

Prior to the premiere event, Stewart left his mark on Hollywood by sinking his hands and feet into cements outsideTCL Chinese Theater during an imprint ceremony.

“I’m still not really believing any of it,” Stewart said. “Any moment now somebody will say, ‘Patrick, Patrick, get up, you’re dreaming again.'”

Patrick Stewart during the imprint ceremony in Hollywood

Star Trek: Picard premieres on CBS All Access in the United States and broadcast on CTV Sci-Fi Channel prior to streaming on CraveTV in Canada on January 23. It will debut on Amazon Prime Video for the rest of the world on January 24