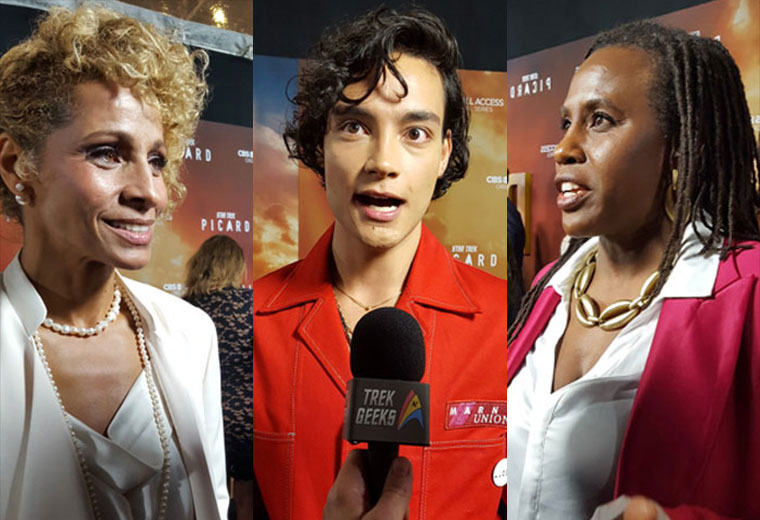 Last Monday night, the cast and crew, along with members of the media, and a few lucky Star Trek fans gathered at the Arclight Theatre on Sunset Boulevard in L.A. for the premiere of the highly-anticipated series Star Trek: Picard. Dan Davidson and Bill Smith of the Trek Geeks podcast were in attendance at the black carpet event to greet and interview several of the stars. Davidson provided us with the report below.

The evening began with a delightful interview with composer Jeff Russo. As the composer for not just Picard but also Star Trek: Discovery, Russo is certainly familiar with Star Trek. Discussing what his inspirations were for the Picard theme, Russo told us:

“I grew up with TNG so there was a lot of nostalgia to build on. Being able to bring in those subtle themes from past shows was something I enjoyed doing.” 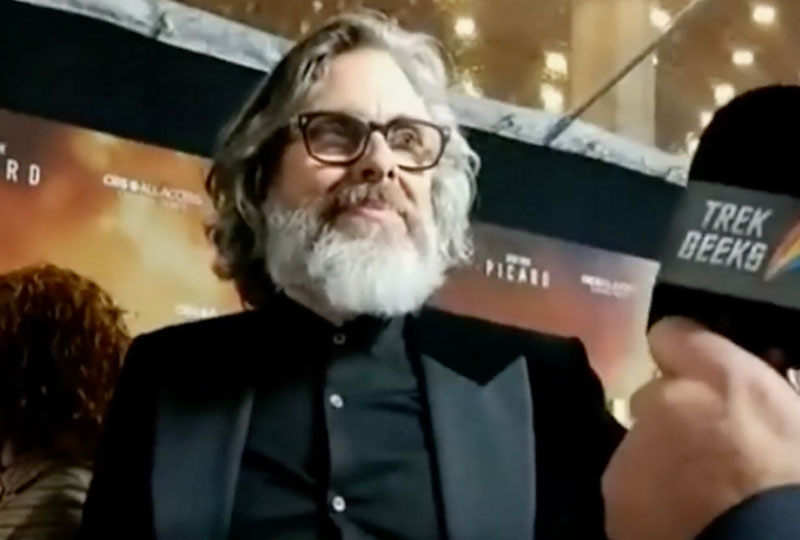 Series showrunner, co-creator, and executive producer Michael Chabon told us about his lifelong fandom of Star Trek. We asked Chabon if he ever imagined that the would be running a Star Trek show. His answer was somewhat surprising, saying:

“No, because I never had the hootzpah to think something like that could ever happen to me.” 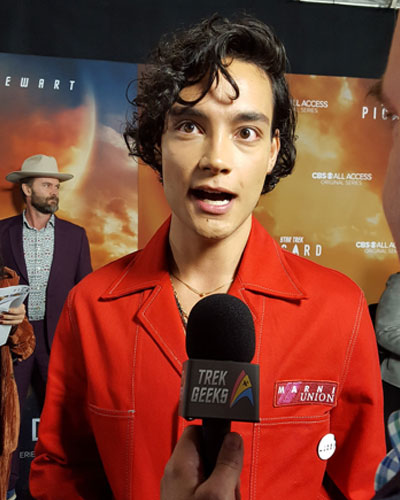 Evan Evagora, who plays the mysterious Romulan character Elnor, told us about his first day on the set of Picard and shooting with a legend like Patrick Stewart, he told us:

“I was so nervous that I complexly messed up my reply to him. But he is such a wonderful person and it was amazing to work with him.” 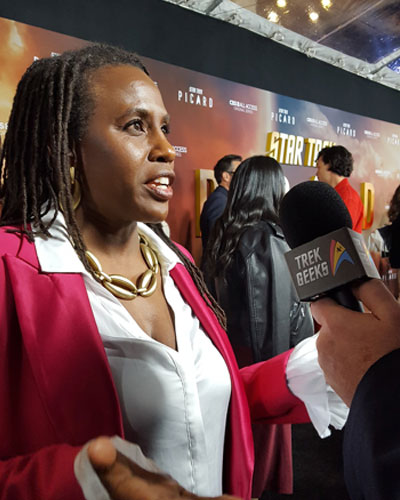 Hanelle Culpepper, who directs the first three episodes of the series, is not only the first woman to direct a Star Trek series premiere but also the first African American woman to direct within the franchise. She seemed to truly appreciate the importance of being a role model to young women, saying: 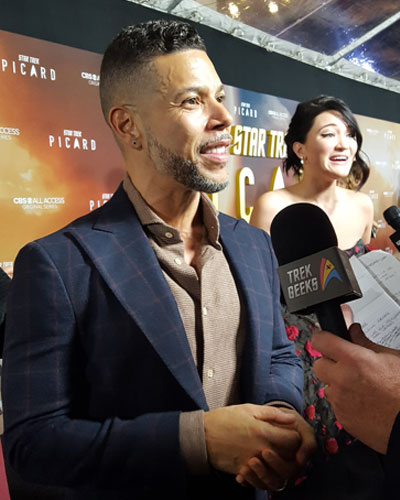 As the evening went on, Dan and Bill had a few moments with Star Trek: Discovery star Wilson Cruz. As the third season premiere of Discovery gets closer, he teased that the season is going to be amazing and said that he cannot wait for everyone to see what happens with his character Dr. Hugh Culber. We asked him what it’s like to be a part of the phenomenon of Star Trek. 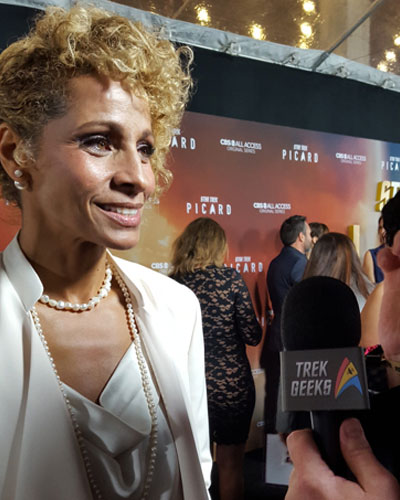 Next up was Michelle Hurd, who plays the former Starfleet intelligence officer Raffi Musiker on Picard. She told us about her initial excitement when she got the part on the series and the later realization of what she was going to be a part of.

“I don’t even know if I really knew what that all meant… but then you get in it and you’re like ‘Oh, my god, I’m on Star Trek. This is crazy.’ It’s phenomenally overwhelming. It’s a wonderful huge hug… the Star Trek fans  are the best. They have been amazingly welcoming and encouraging. They’re excited to see what we’re going to do and I’m excited to give them this story.” 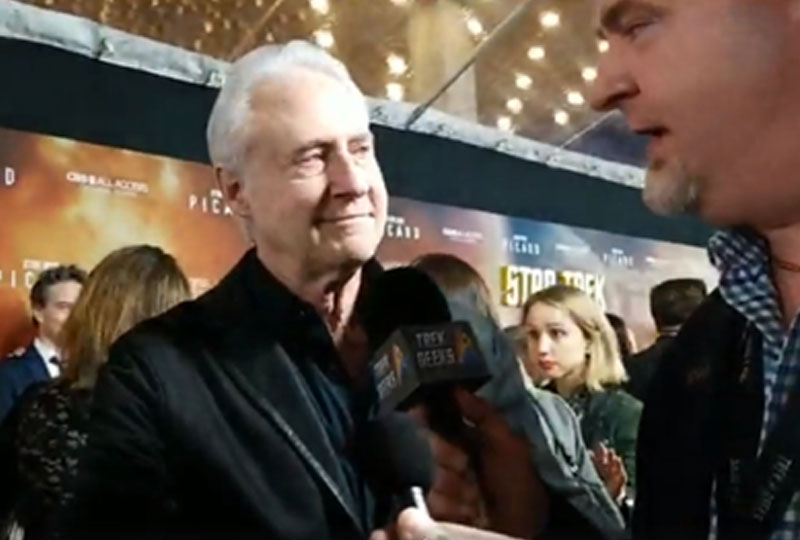 Brent Spiner, who returns as Data on Star Trek: Picard

Rounding out the evening, we spoke with Brent Spiner, who returns to the role of Data in the series for the first time in nearly two decades. After giving his classic Patrick Stewart impersonation, we asked him what it was like returning to the Star Trek family.

“Well for us, we see each other all the time. There hasn’t been a year since TNG and the movies that we haven’t gotten together so for me it was just another day.”

Guests in attendance at the premiere were shown the first “chapter” of Picard, consisting of the first three episodes. While I won’t give any detailed information about the series itself, I can say this:

Star Trek: Picard premieres on CBS All Access in the United States and broadcast on CTV Sci-Fi Channel, prior to streaming on CraveTV in Canada on January 23. It will debut on Amazon Prime Video for the rest of the world on January 24.

Dan Davidson and Bill Smith are the host of Trek Geeks and Discovering Trek, part of the Trek Geeks Podcast Network. The duo live-streamed the event on their Facebook page and will have full audio of the interviews they conducted with the cast and crew in an upcoming episode of the podcast. 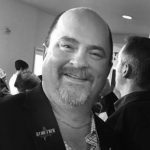