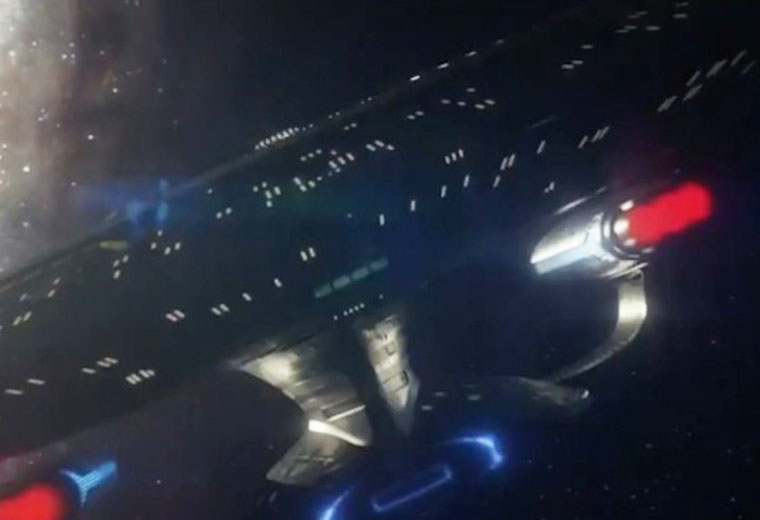 The Federation starship USS Enterprise-D returns in the latest Star Trek: Picard trailer released by CBS, titled “Blue Skies.” In the trailer we only get a brief glimpse of the Galaxy-class starship and it’s unclear if it’s being shown in flashback or if it’s returning in the present day in which Picard is set.

The USS Enterprise (NCC 1701-D) is of course the iconic starship that was made famous throughout all seven seasons of The Next Generation, under the command of Captain Jean-Luc Picard. It was also shown in the Deep Space Nine pilot episode “Emissary,” the Enterprise finale “These Are the Voyages…,” and the 1994 film Star Trek: Generations, where it was destroyed.

Check out the video below and let us know how you feel about the Enterprise-D being shown in Star Trek: Picard.

Please note: The video above may not be viewable in some regions. We will add additional region-specific versions here, as they become available.

Along with the vision of the starship, we hear Picard in voiceover say:

“All that emptiness. All that silence. I had forgotten how much I loved it.”

We also saw a holographic image of the Enterprise-D in a previous trailer for Picard.