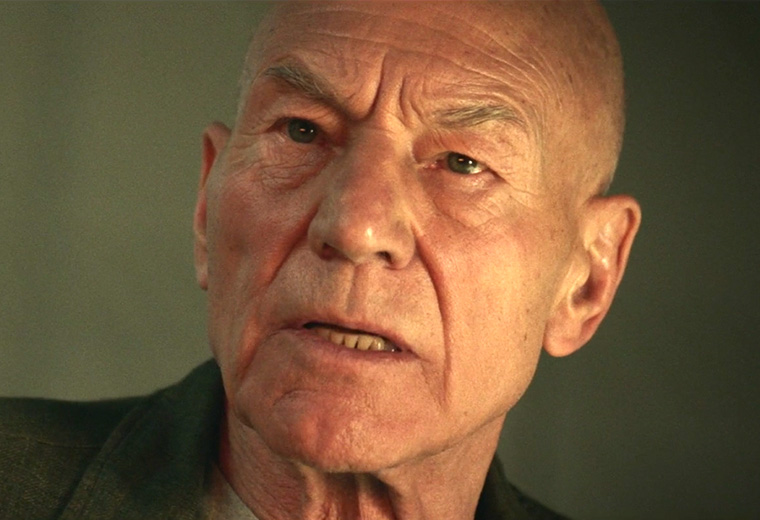 18 years after his last appearance as the iconic captain in Star Trek: Nemesis, Patrick Stewart, aged like fine wine, returns to the screen as Jean-Luc Picard. It’s a reprisal that has been earnestly marketed as a show very different from the mega-popular Star Trek: The Next Generation, and anybody who is expecting Picard to be a “TNG sequel” will be sorely disappointed. Instead, as this first episode “Remembrance” shows being different is a good thing. The episode hits the ground running with a darker, more mature aesthetic that fits well in 2020, and fans have plenty of intrigue to look forward to in what’s sure to be a rewarding and complex narrative. 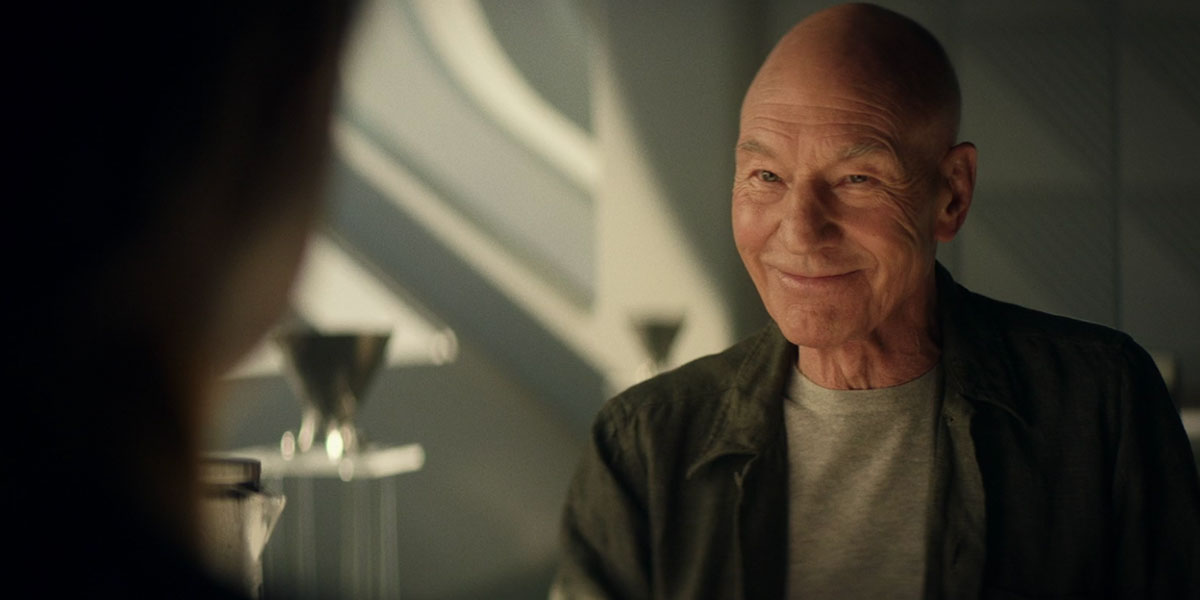 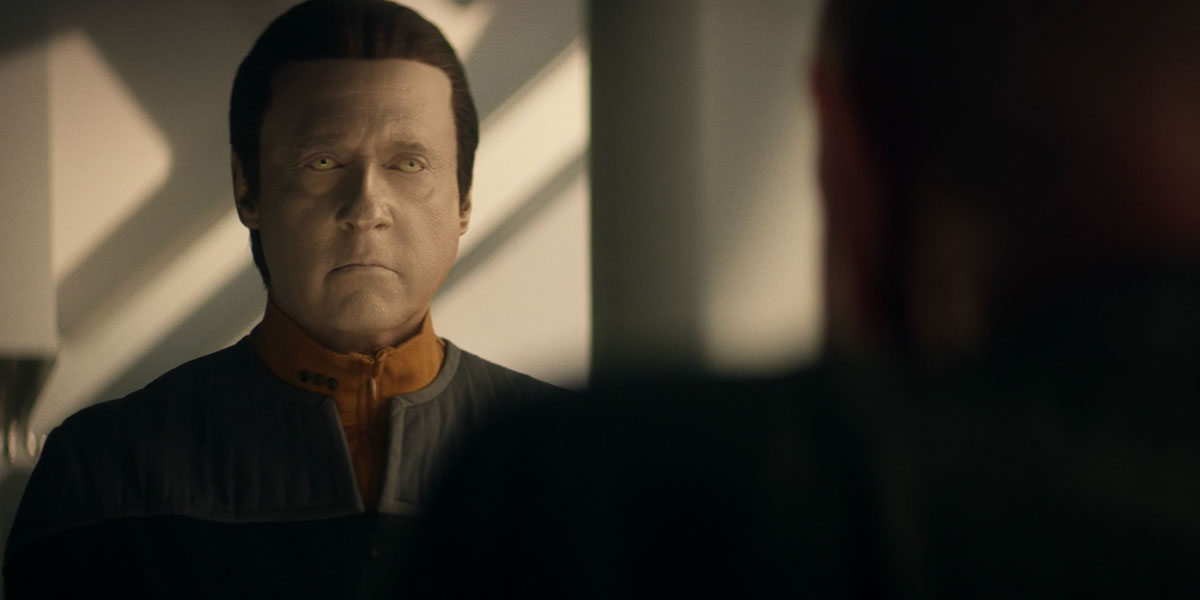 Jean-Luc Picard has retired from Starfleet after the terrible aftermath of the Romulan supernova (seen in J.J. Abrams’ 2009 Star Trek film). While Picard dedicates resources to helping the Romulans, Mars is devastated by a group of rogue synthetics, killing thousands and destroying Starfleet facilities. There’s a stigma surrounding androids now, and Picard no longer agrees with the Federation’s values as paranoia and stereotype run rampant. 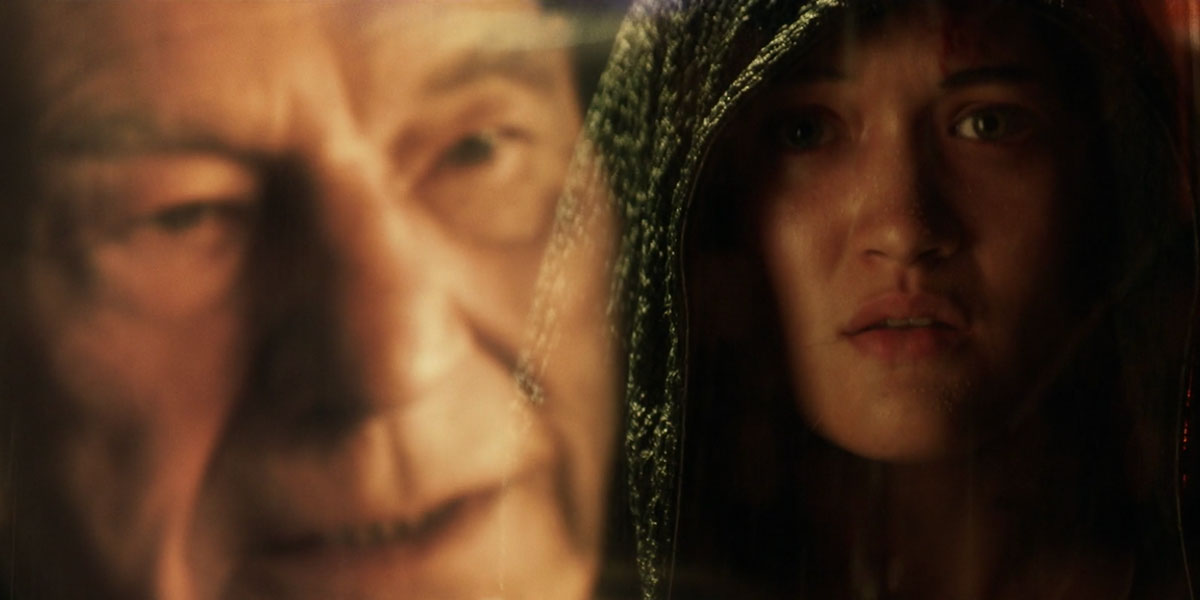 Patrick Stewart as Jean-Luc Picard and Isa Briones as Dahj

While retired in his vineyard, Picard encounters Dahj (Isa Briones), who seems to have an intrinsic trust for Picard but is horrified about recently being “activated” and discovering her newfound and uncontrollable super-human capabilities.  Picard knows he recognizes her from somewhere, and after digging around in his archives, finds that the late Data actually painted Dahj in a portrait, which he named “Daughter,” 30 years prior.

In San Francisco, Picard and Dahj come under attack by unknown assailants, and Dahj is killed. Picard ventures to the Daystrom Institute and seeks the help of Doctor Agnes Jurati (Alison Pill), who tells Picard that it’s possible that Dahj is one of two synthetic “daughters” of the late Data, built by her boss, Bruce Maddox, via just a neuron of Data’s highly advanced positronic brain. The episode ends as we see a Romulan Reclamation Site, where the twin of Dahj, Soji, meets Narek (Harry Treadaway). The site is revealed to be inside a Borg Cube. 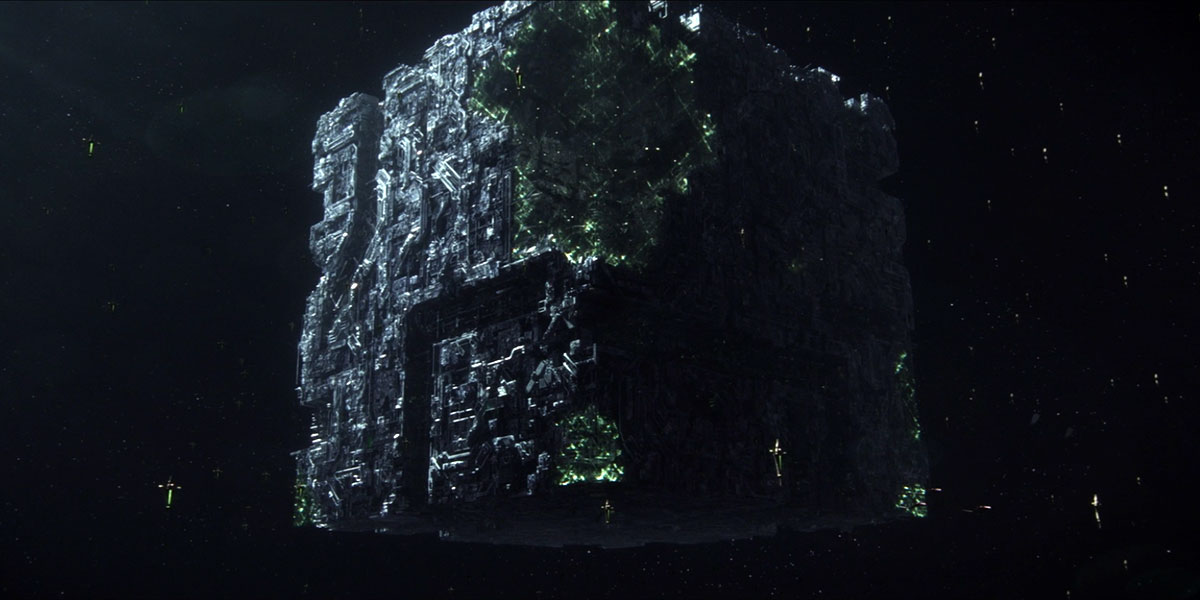 A Borg cube, revealed at the end of the episode.

For the show that is honest about its departure from The Next Generation, the creative minds behind Picard pull no nostalgic punches in this episode. Not only does the episode begin with a beautiful shot of the U.S.S. Enterprise-D as Picard and Data are playing poker in Ten Forward, but we see many other artifacts from the classic series by way of a visit to Picard’s archive. Die-hard fans will be thrilled with these little references, and we can only hope the show keeps playing tribute in these little ways for the other nine episodes of the season. 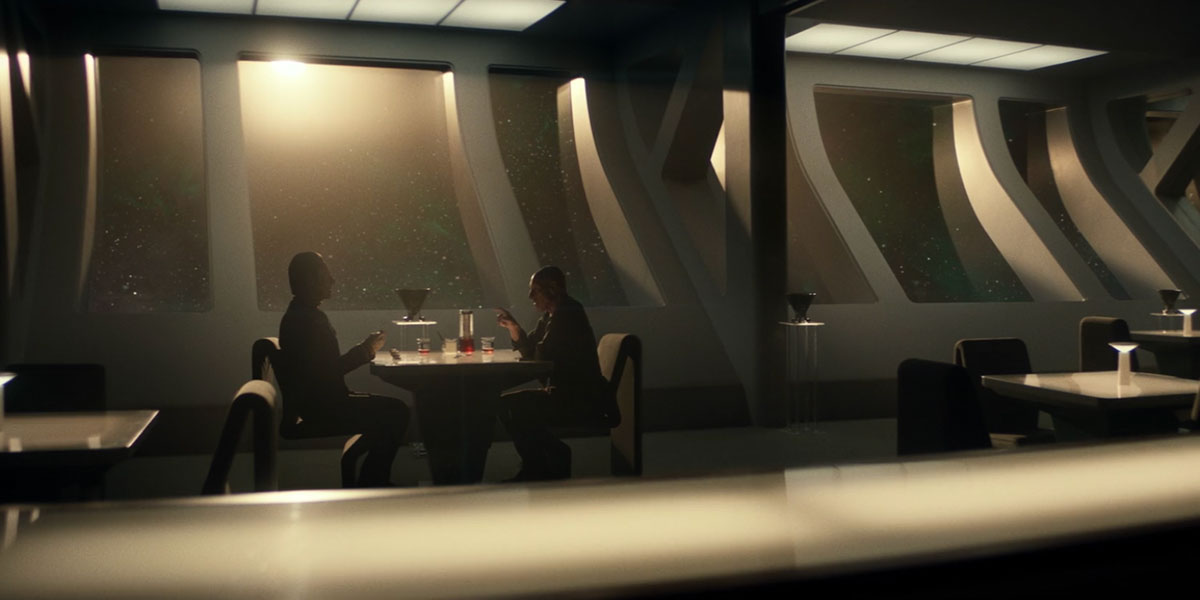 Data and Picard in Ten Forward

The best Star Trek episodes are ones couched in real-world allegory, and it’s clear Star Trek: Picard takes its cue from the world in 2020. Because of the surprise attack on Mars by rogue synths, which resulted in an android ban, there is a prejudice toward androids that can easily be likened to how Muslims are stereotyped after 9/11. It’s easy to see why Picard would choose to leave Starfleet because of this; the precedent is there, after all, after how we see him depart from his Starfleet responsibilities in Star Trek; Insurrection because he disagrees with Starfleet’s morals. While some viewers might complain that the world of Star Trek: Picard is too dark for the otherwise utopia vision of Star Trek, the fact that Jean-Luc decided to stick to his values and leave the service is Star Trek embodied. 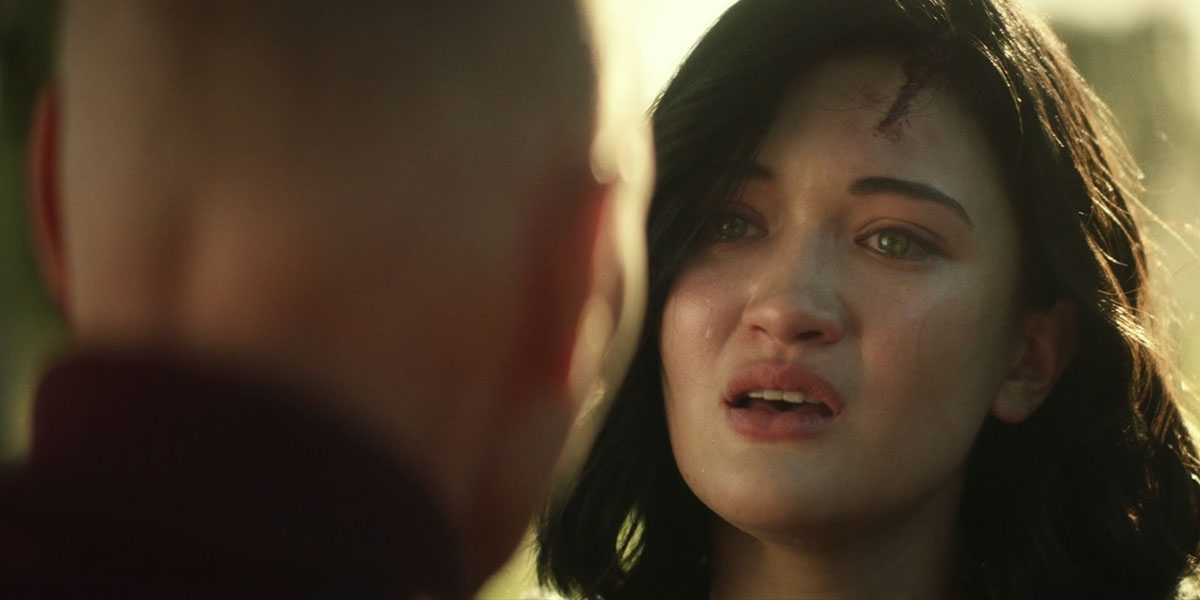 “Remembrance” serves as an effective entry to the return of Jean-Luc Picard. Balancing a new world with remnants – and only remnants – of the old, along with dedicated performances from Patrick Stewart and his younger co-stars, Star Trek: Picard is a Star Trek show for 2020. This episode really only loses points for dragging a bit during the exposition-heavy interview scene between Picard and the Federation News Network, but if that’s the only critique so far of this promising series, then it looks like it’s blue skies all the way.