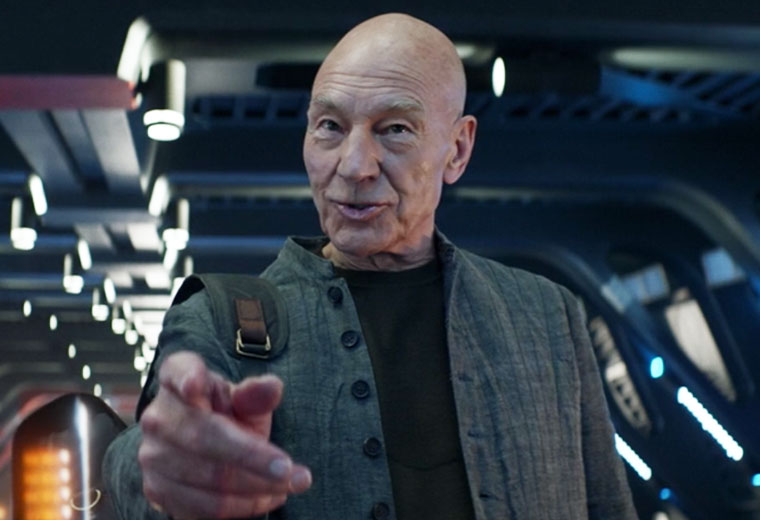 The crew is all together now at the end of the third episode of Star Trek: Picard “The End is the Beginning,” as Jean-Luc Picard (Patrick Stewart) warps off into space in his quest to find Bruce Maddox and Dahj’s twin sister, Soji. The episode serves as the true introduction for Raffi Musiker (Michelle Hurd), whom we saw briefly in the previous episode, but now know more about her personality, backstory, and anger at Picard. Accompanying the former Starfleet crewmates is not only Agnes Jurati (Alison Pill), but also another former Starfleet officer, Cristobal Rios (Santiago Cabrera). 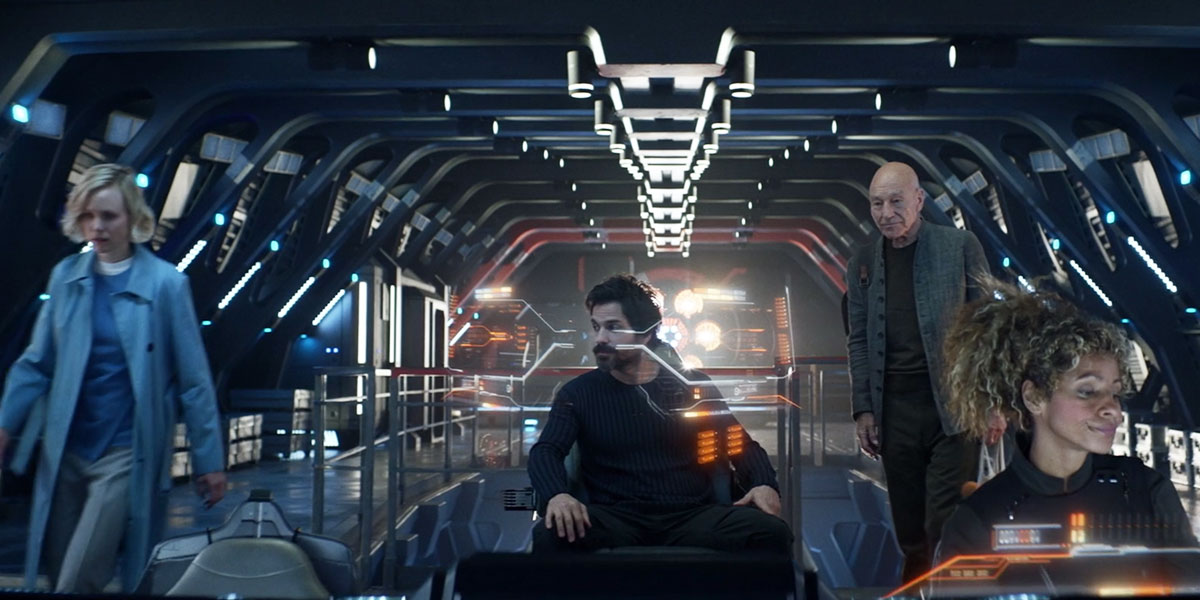 The crew takes their stations.

Beginning with another look at the Mars attack, this episode quickly describes the falling out between Picard and Musiker. When Picard urged Starfleet to continue the Romulan evacuation despite the Mars tragedy, he gave Starfleet an ultimatum: accept his revised evacuation plan, or accept his resignation. To his surprise, Starfleet chose the former, which also led to Musiker getting removed to duty. However, in the present day, this doesn’t mean she won’t point Picard in the direction of a pilot who can help him find Bruce Maddox. 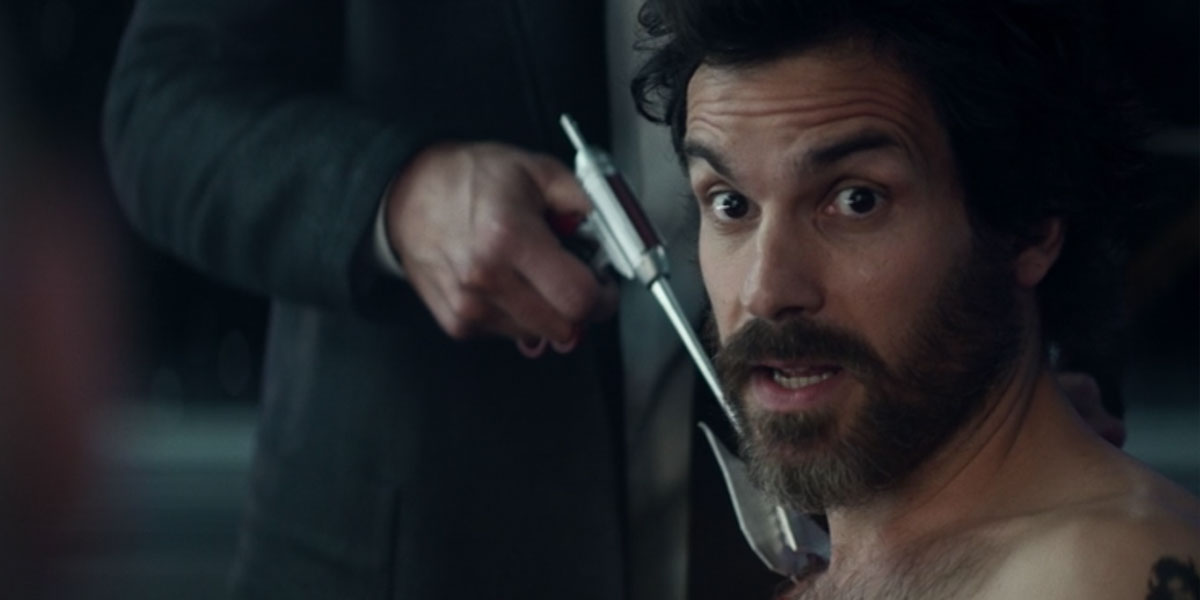 The pilot in question is Rios, who quickly proves charismatic and layered thanks to a standout performance from Cabrera. The actor has triple duty here, playing both the captain and his own Emergency Medical Hologram (EMH) and Emergency Navigational Hologram (ENH). The EMH proves to be a handy catalyst for exposition, telling us that Rios is a former officer who became disenfranchised with Starfleet after his captain was killed, but nonetheless is star-struck by Picard when the legend asks for his help. Cabrera promises to captivate every scene he’s in, with a roguish charm hiding his former Starfleet professionalism. 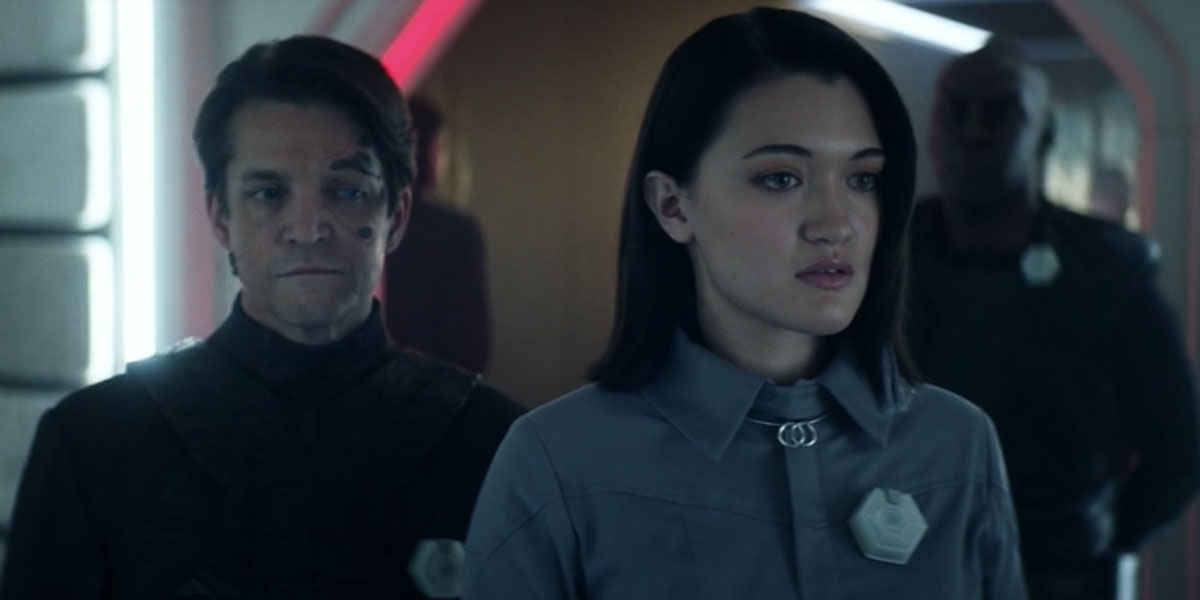 Jonathan Del Arco as Hugh and Isa Briones as Soji

Meanwhile, on the Artifact, Soji (Isa Broines) continues to be unaware of her true synthetic nature as she continues a relationship with Narek (Harry Treadaway). Soji captures the attention of the Cube’s executive director, Hugh (Jonathan Del Arco), who gets a somewhat unceremonious introduction in Picard. While Hugh was only a part of a couple Star Trek: The Next Generation episodes, he is nevertheless a returning character who should have warranted a more pronounced debut. In any case, the Hugh of 2399 is a fascinating transformation from the Hugh of 2368, with Del Arco offering an understandably more human and intricate performance out of the former Borg drone. 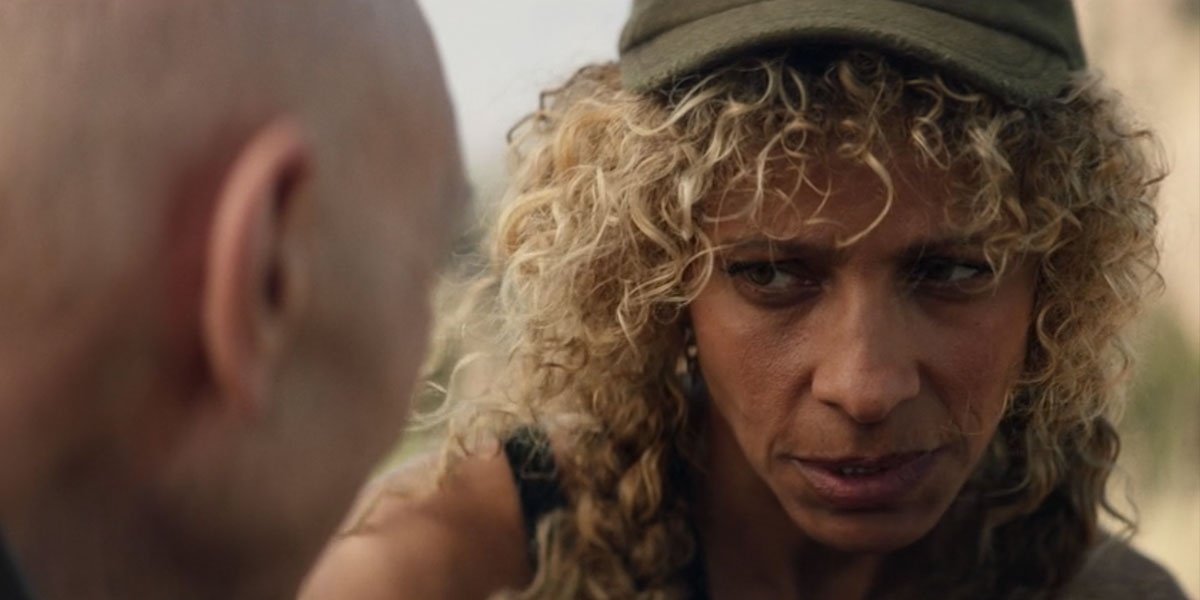 On the production side, director Hanelle M. Culpepper completes her three-episode stint on Picard with her signature well-paced style, and we think she has effectively given this series the best push off we could ask for. Looking at the show as a whole thus far, it’s clear Picard has some talented novelists on staff, including showrunner/writer Michael Chabon, as every episode of Picard very much feels like a chapter in a book — even more so than Star Trek: Discovery. This style helps Picard standout from its sister show, which will surely help avoid audiences feeling bored during this Kurtzman-era of the franchise. And like last week, we have to single out composer Jeff Russo for inserting the classic TNG theme in this episode as Picard contemplates, and finally returns, to space after years of “waiting to die” on his vineyard. 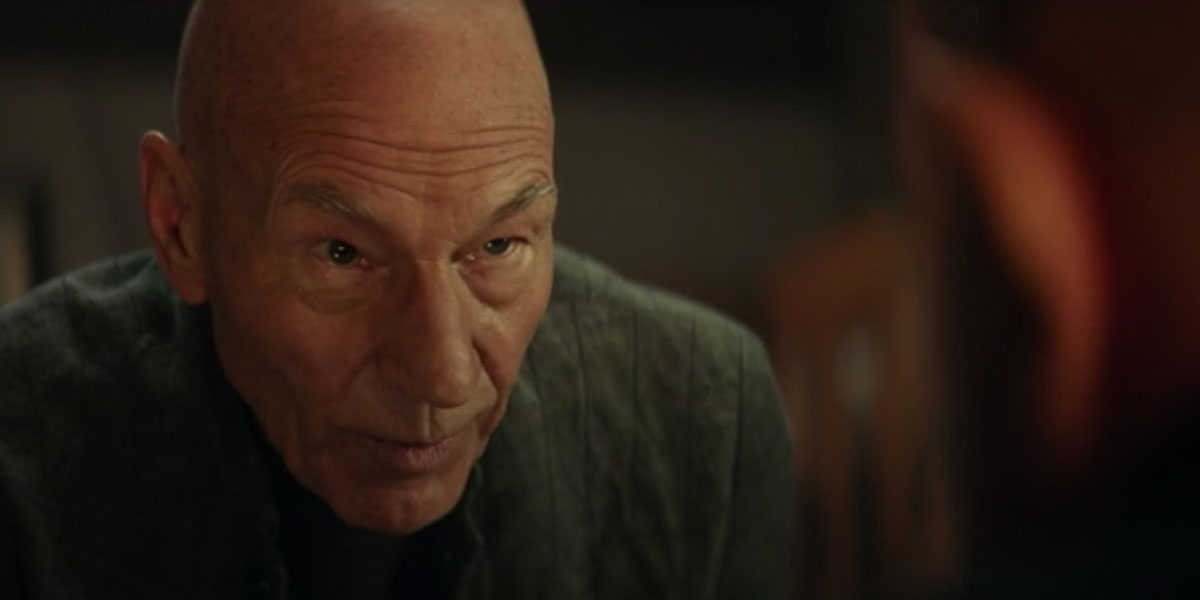 Now that the introduction to Star Trek: Picard is over, we’ll enter a new phase of the show with next week’s “Absolute Candor,” which will surely deepen the mystery involving Soji, her work on the Borg Cube, and Picard’s search for Bruce Maddox. 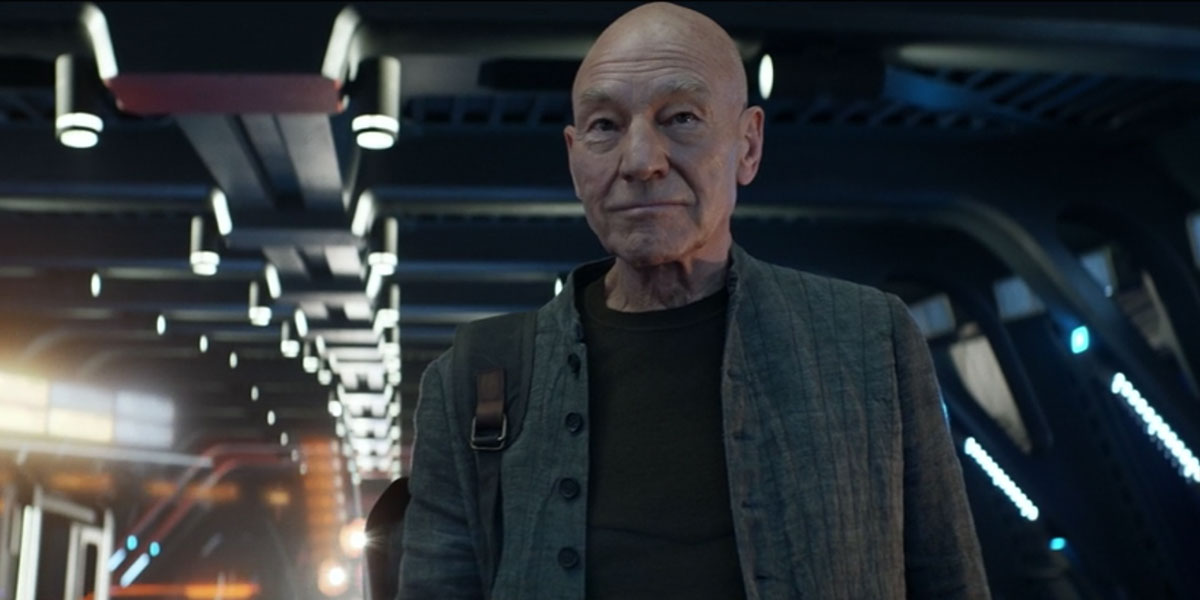 Star Trek: Picard continues next week with the fourth episode of the first season “Absolute Candor.”