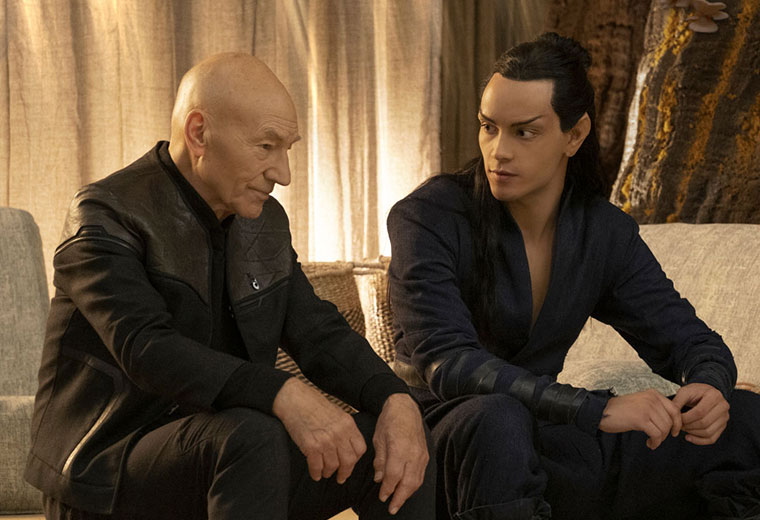 CBS has released ten new photos from the upcoming fourth episode of Star Trek: Picard “Absolute Candor,” which will debut later this week.

The crew’s journey to Freecloud takes a detour when Picard orders a stop at the planet Vashti, where Picard and Raffi relocated Romulan refugees 14 years earlier. Upon arrival, Picard reunites with Elnor (Evan Evagora), a young Romulan he befriended during the relocation. Meanwhile, Narek continues his attempts to learn more about Soji while Narissa’s impatience with his lack of progress grows.