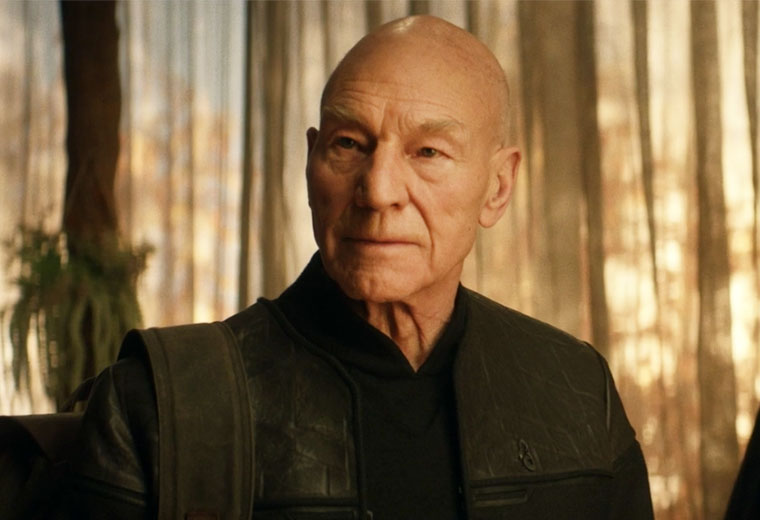 The journey to Freecloud takes a backseat in “Absolute Candor” as Jean-Luc Picard and crew instead stop at the planet Vashti, a place where Picard formed sentimental ties during the Romulan evacuation. It’s here that we meet the last member of the regular cast, Evan Evagora, who plays Elnor, a Romulan whom Picard befriended 14 years prior but is now disenfranchised with the admiral following the evacuation ordeal. Overall, we get some fantastic moments in this episode, dragged down slightly by a somewhat lackluster performance from the young Evagora. 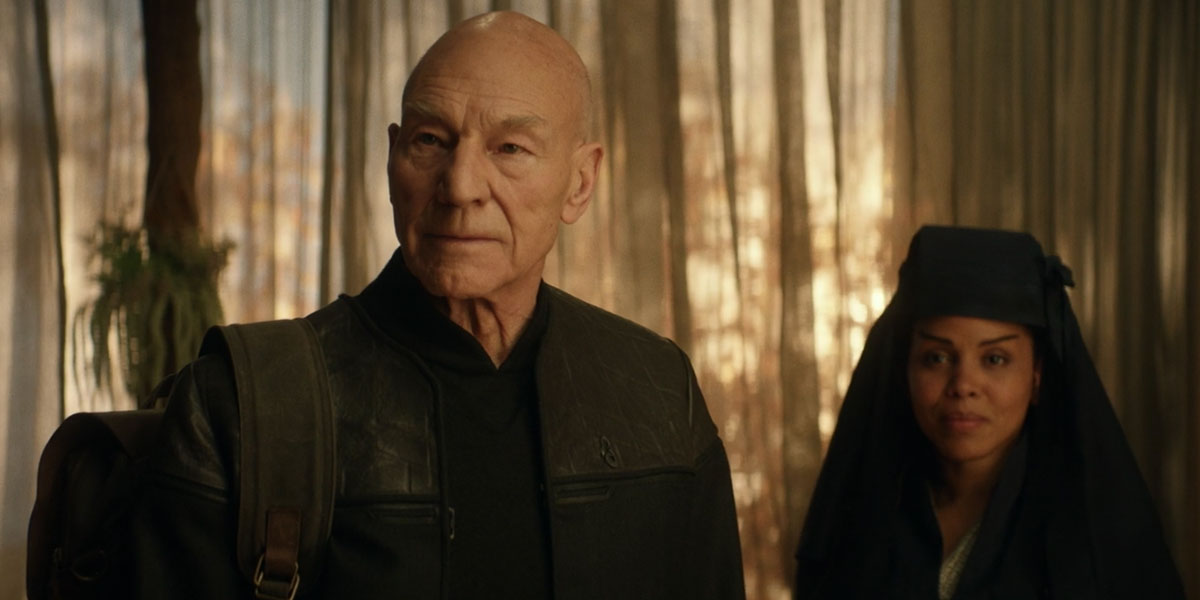 As this could be the last time he sees them thanks to the dangerous nature of his mission to track down Bruce Maddox and Soji and his recent diagnosis of a deadly neurological disease, Picard decides to delay his mission to Freecloud to see a group of Romulans who he helped relocate years before. One of these Romulans is Elnor, who was just a boy when Picard first became a somewhat paternal figure in his life. Living among a group of Romulan warrior nuns known as the Qowat Milat, Elnor grows up to be one of them, ultimately making him a useful addition to Picard’s ragtag crew.

Fans who are especially fond of Romulan culture should certainly be enjoying Star Trek: Picard thus far. The series is clearly using its time to expand what we know about Romulans, and in these scenes on the Romulan refugee site we get more insight into how the Romulans lived during and after the evacuation. We also get a more complex look into different sects of Romulan society, and like the series’ previous introduction of the ultra-secret Zhad Vash, the introduction of the Qowat Milat adds some welcome diversity and depth to what we know about Romulans thus far. 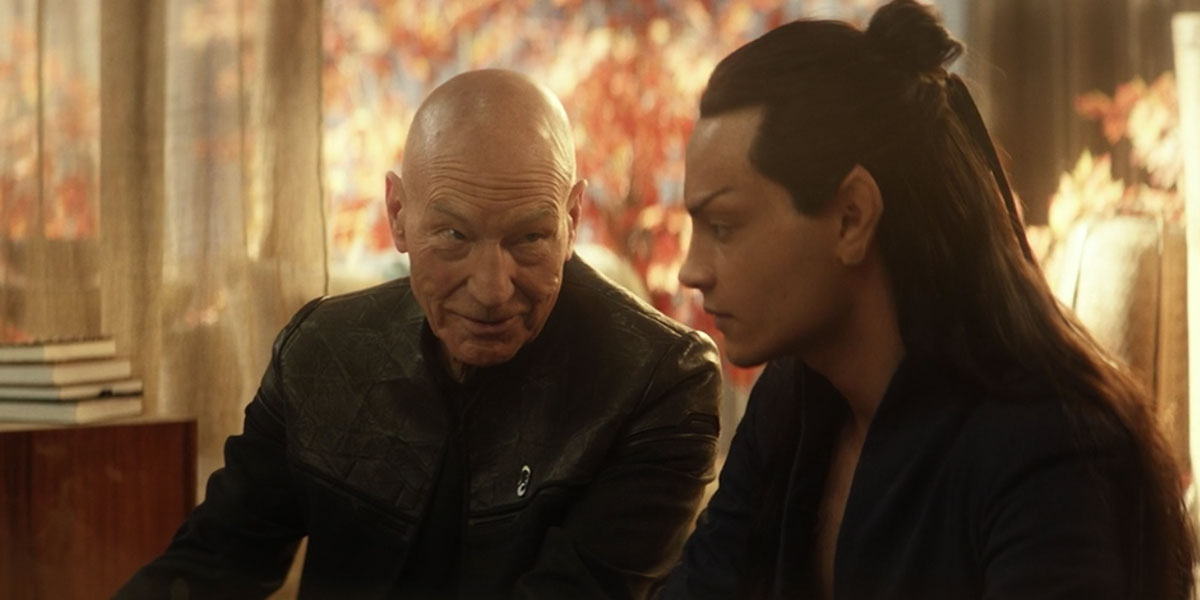 Representing an outlier of Romulan norms, Elnor (who at times looks more like an elf from Lord of the Rings than a Star Trek Romulan) has the potential to fit in well with Picard‘s established theme of challenging norms. His hostility toward Jean-Luc adds an interesting layer of complexity to his character, but it’s here that we hope Evagora steps up his game to hold his own with the talented Patrick Stewart, Michelle Hurd, and Santiago Cabrera (Alison Pill still needs more to do before we get a true sense of her acting abilities). Evagora just seems flat when his character is clearly supposed to be frustrated and hurt over Picard’s actions (or inaction) during the Romulan evacuation after the attack on Mars. While Patrick Stewart is adequately displaying the complex emotions regarding his character’s guilt toward the people on Vashti, Evagora hopefully only needs a bit more time in character to properly play off his peers. 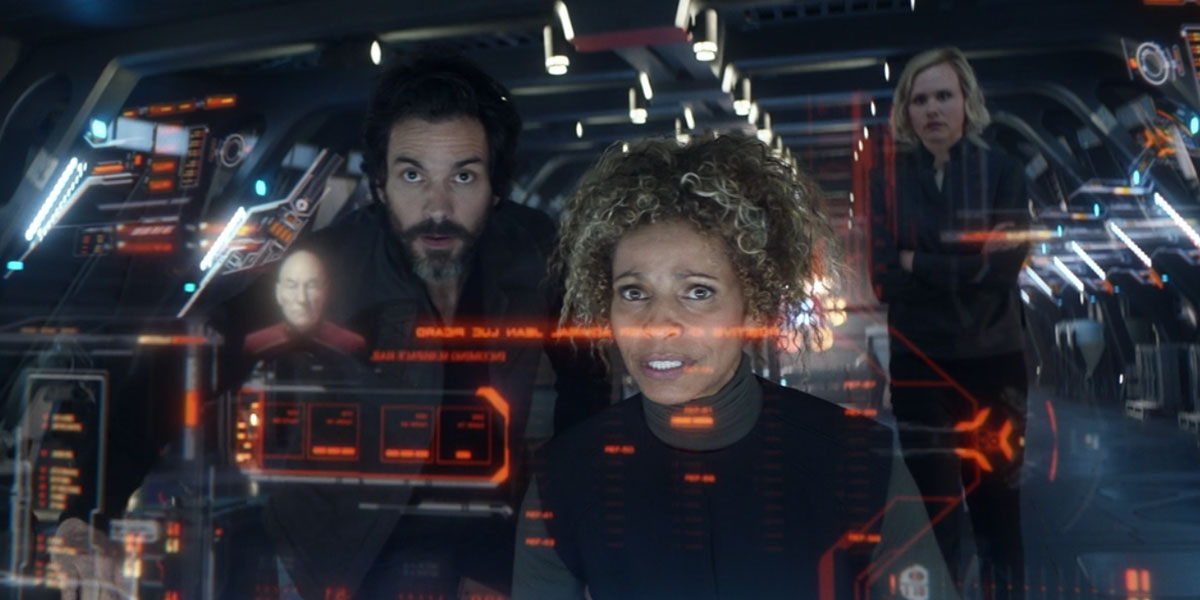 Before leaving Vashti, Picard gets a fantastic character moment as he walks by a street cafe displaying a sign “Romulans Only” (in English, for some reason). Ever the moralist, Picard takes the sign down and walks over it, making no effort to hide his disgust about bigotry on a world that he once had so much faith in. This doesn’t sit well with the locals, who threaten Picard with a sword fight, a fight the elderly captain clearly isn’t up for. But, this ends up being a testing ground for Elnor, as he quickly comes to Picard’s aid and proves that he is willing to bind himself to Picard and his mission. 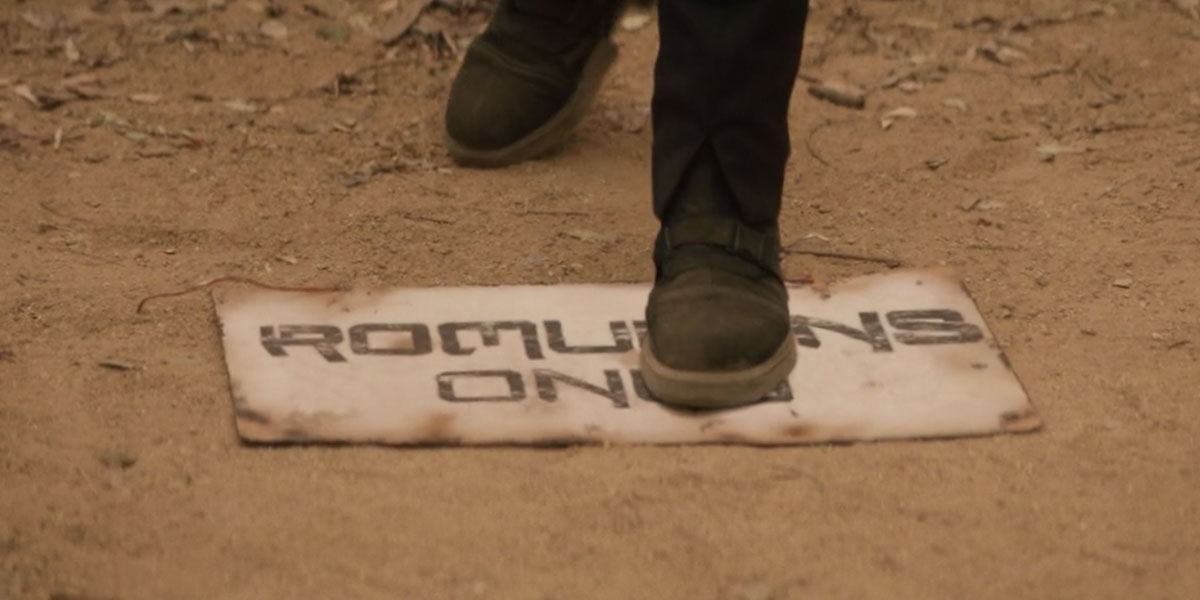 Not much happens on the Borg Reclamation Site this week, as Soji (Isa Briones) is still trying to make sense of Ramdha’s antagonistic accusation of calling Soji “the destroyer” while Narek (Harry Treadaway) is still attempting to use Soji to find other synthetics like her. Narak is still being pressured by his apparent sister, Narissa (Peyton List), who continues to awkwardly be just a little too close to Narek. The true nature of the pair’s relationship is likely (hopefully) far deeper and more complex than just brother and sister, so we’ll see if that is illuminated soon. 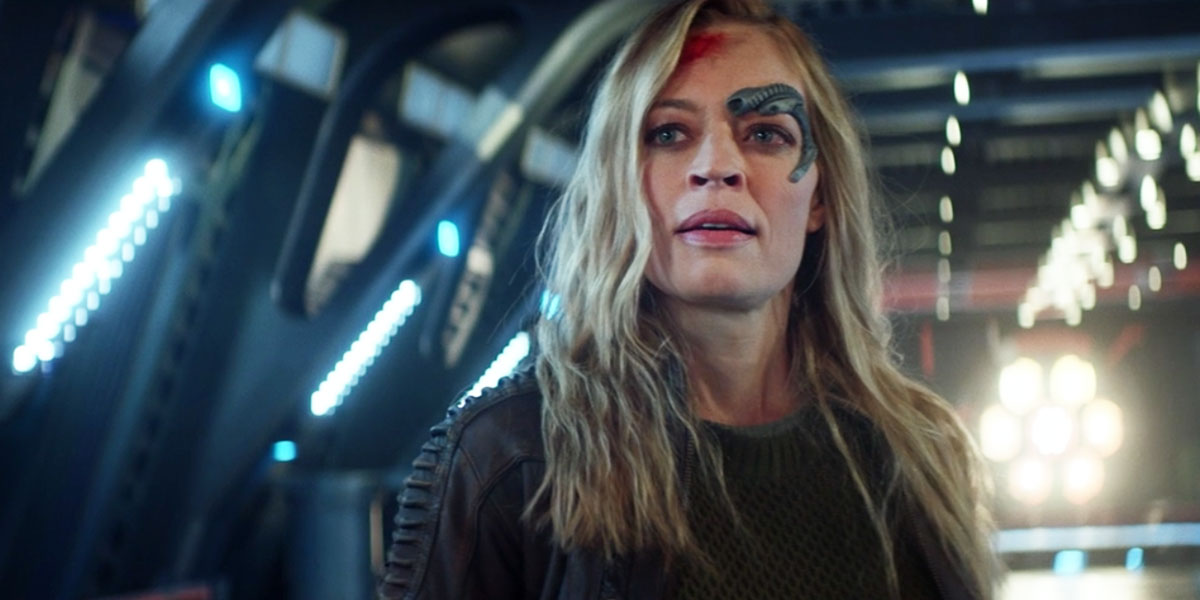 The last few minutes of the episode are exciting to fans for a couple reasons: one, we see the La Sirena finally in action in an expertly directed battle scene from director Jonathan Frakes. The angular ship faces off against an Original Series-style Romulan Bird of Prey, which proves more than a match for the nimble but lightly armored La Sirena. Only the help from a surprise combatant turns the tide for Picard and crew – and who ends up materializing on the La Sirena‘s bridge? Seven of Nine! It’s an exciting moment for sure, and we are eager to see how and why Seven has come to cross paths with Picard.

Taken together, “Absolute Candor” moves Picard’s mission along in a way that helps illuminates the character’s journey since the Romulan evacuation, while also offering a dramatic twist on a once-friendly relationship that will surely play out in impactful ways deeper into the mission. While Evagora fails to make as good a first impression as newcomers Michelle Hurd or Santiago Cabrera did, we’ll see if that proves to drag down the otherwise still-engaging plot. 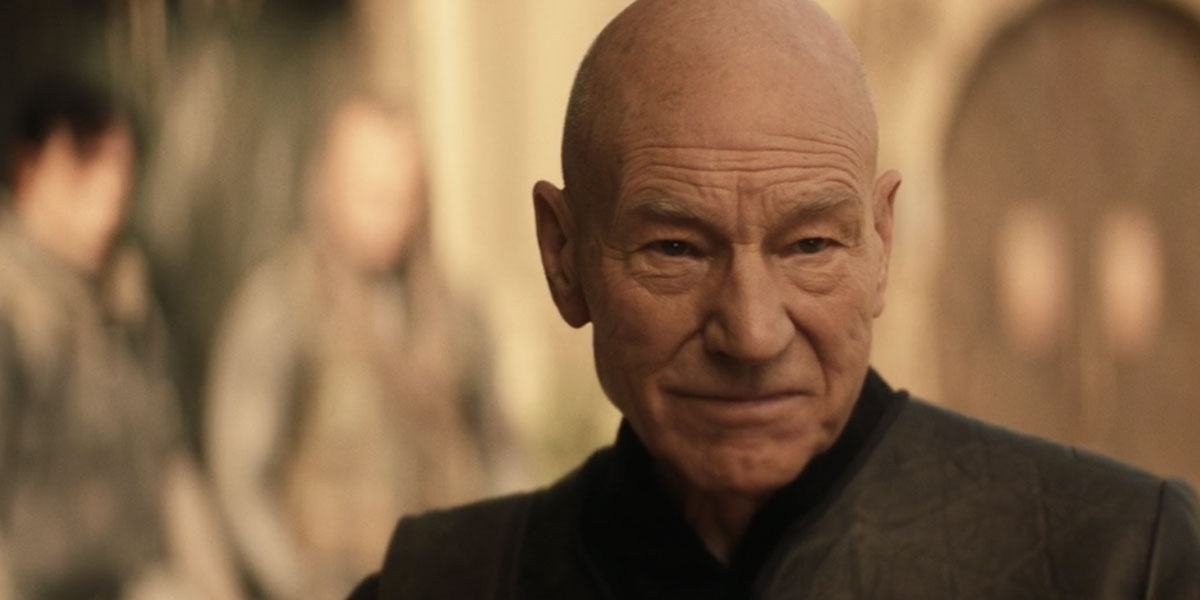