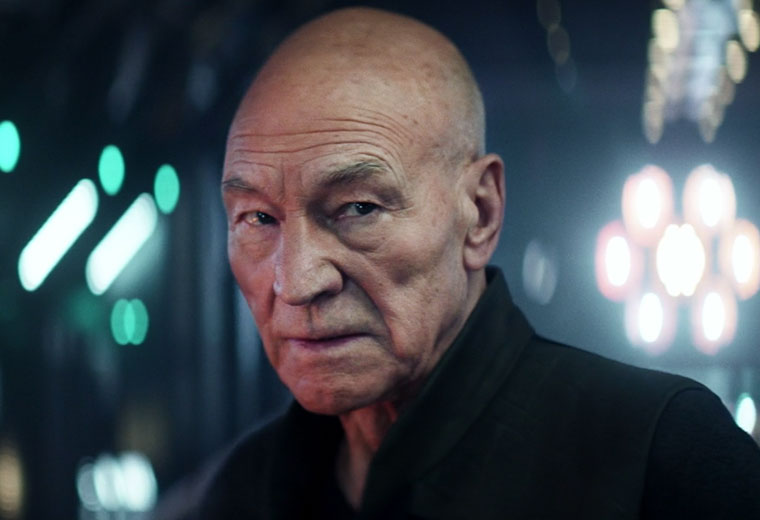 “The Impossible Box” joins the pantheon of excellent Borg-centric Star Trek productions, and more specifically, it faithfully continues Jean-Luc Picard’s character arc regarding his assimilation. Led by both an outstanding Patrick Stewart and Jonathan Del Arco, this episode aptly ties together Picard‘s heretofore separate main storylines in a fast-paced and eventful episode that is sure to standout among the 10-episode season. 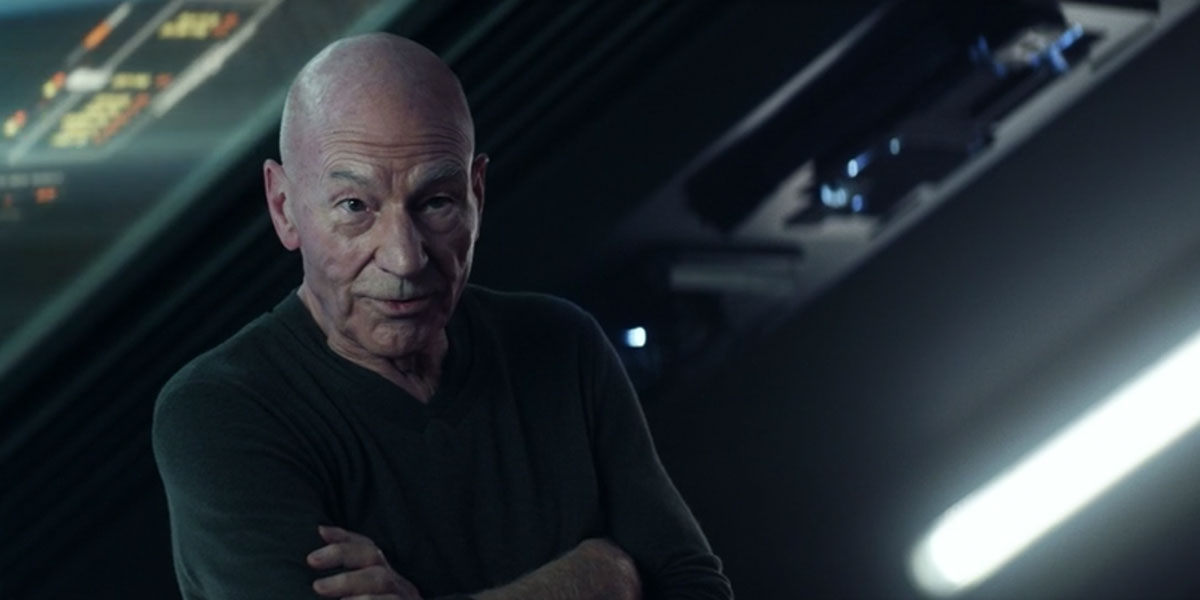 Knowing that Soji (Isa Briones) is on The Artifact and is in imminent danger, Picard and crew arrive at the Cube thanks to some sweet talking by Raffi (Michelle Hurd), who manages to snap out of her depression about her estranged son long enough to convince an old friend and Starfleet captain (Barbara Eve Harris) to allow Picard access to the Cube. And it’s on the Cube where the real meat of the episode resides, as Picard is forced to experience what is essentially PTSD. After all, he hasn’t been on a Borg Cube since his assimilation in “The Best of Both Worlds.” We see quick flashbacks of his time as Locutus of Borg, but his angst is lessened thanks to the arrival of an old friend: Hugh. 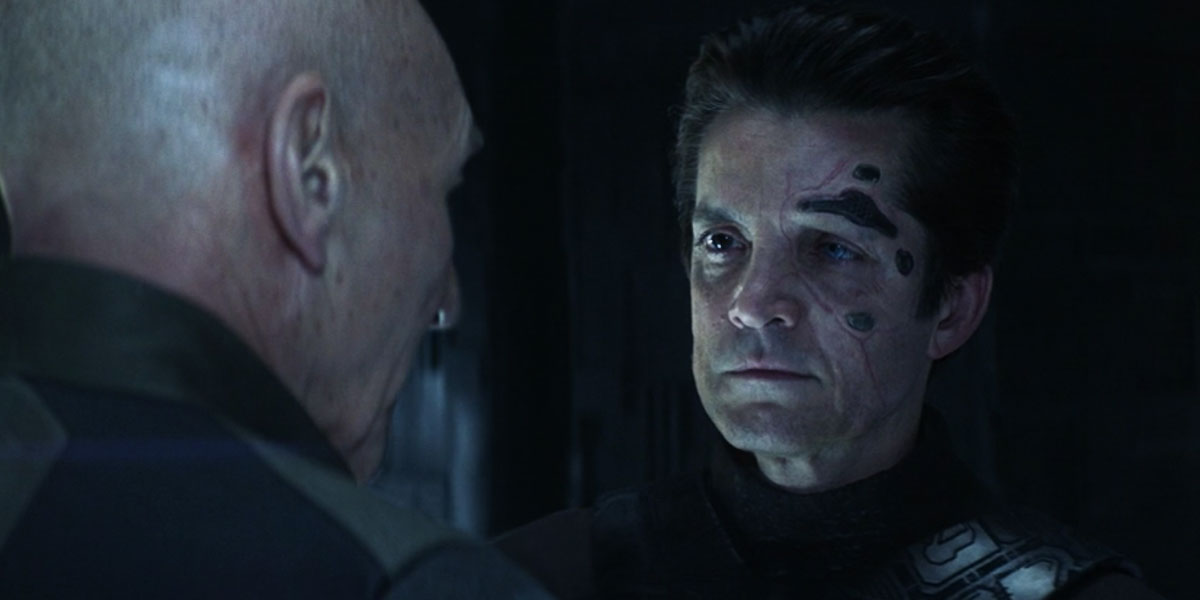 Jonathan Del Arco gets a lot to do in this episode, and that’s only a good thing. He plays a much more subtle and complex Hugh than who we saw in The Next Generation, and he is somebody who is able to relate to Picard’s trauma while acting as somewhat of a counselor for the elderly admiral. Hugh, through a tour of the Cube, allows Picard (and the audience) a different view of the Borg, one that paints the quintessential villains not as mortal enemies of the good guys, but as victims of their own collective. This is a welcome look at Star Trek‘s classic baddies, and perfectly fits in with Picard‘s mission to break stereotypes and show that people of all races are diverse, complex, and not always what they appear to be. 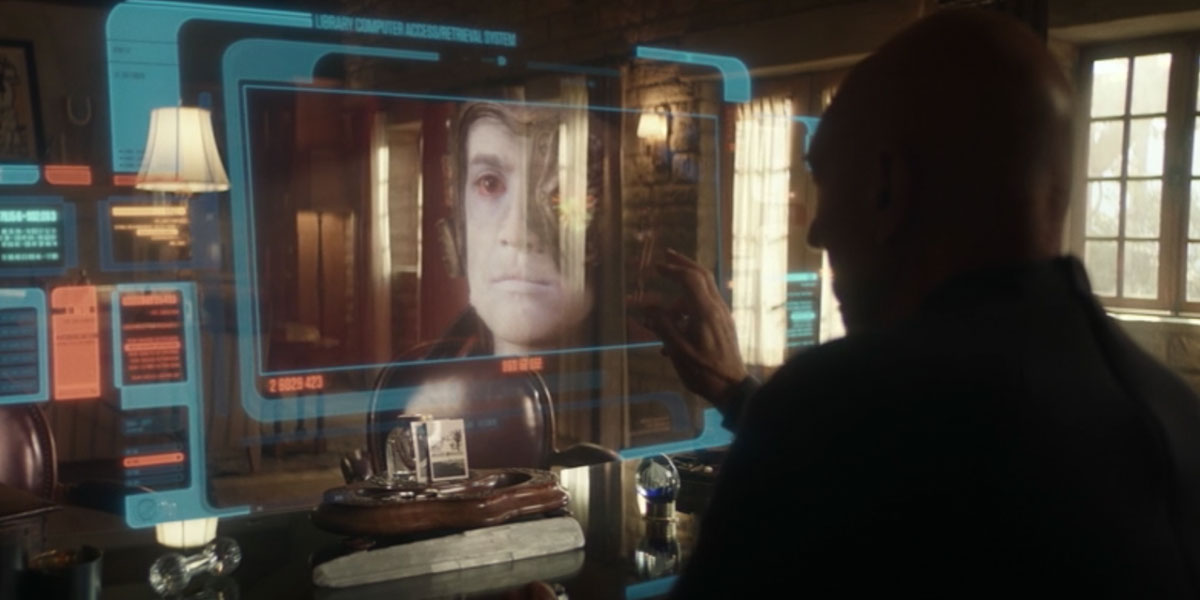 Picard ultimately tracks down Soji, but not before her synthetic abilities are triggered thanks to Narek (Harry Treadaway), who thinks he has successful learned  where her homeworld is, and thus has no more use for her. The trio – Hugh, Picard, and Soji – attempt to escape the Cube as Romulan soldiers start to track them, and conveniently, Hugh knows of a secret Borg-built spatial trajector that would allow Picard and Soji to escape. As the pair transport off the Cube, Hugh and Elnor (who disregarded Picard’s order to stay aboard the La Sirena), face off against their Romulan pursuers. 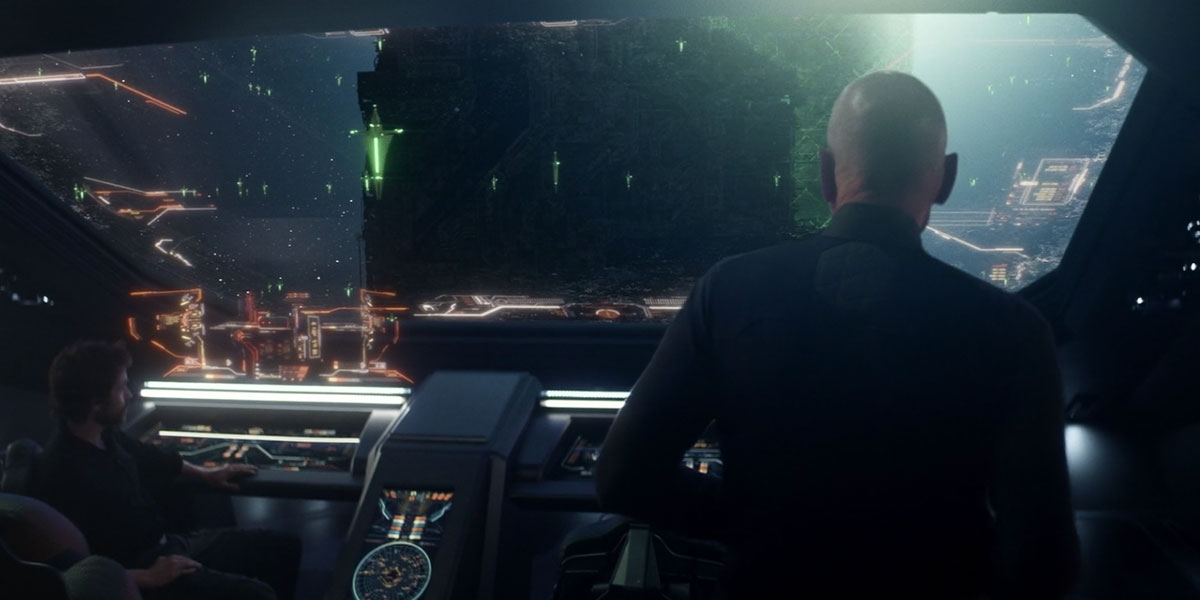 The fact that this episode so ably continues Picard’s Borg experience is the most memorable part of “The Impossible Box”. Patrick Stewart thoroughly displays vulnerability that we are definitely not used to seeing from Picard – indeed, it’s clear that Picard has had decades to dwell on his assimilation, and it weighs down the admiral in an immeasurable way. Having Hugh act as a guiding light through Picard’s torment is a fantastic use of the character, and well worth the return of Hugh in Picard. 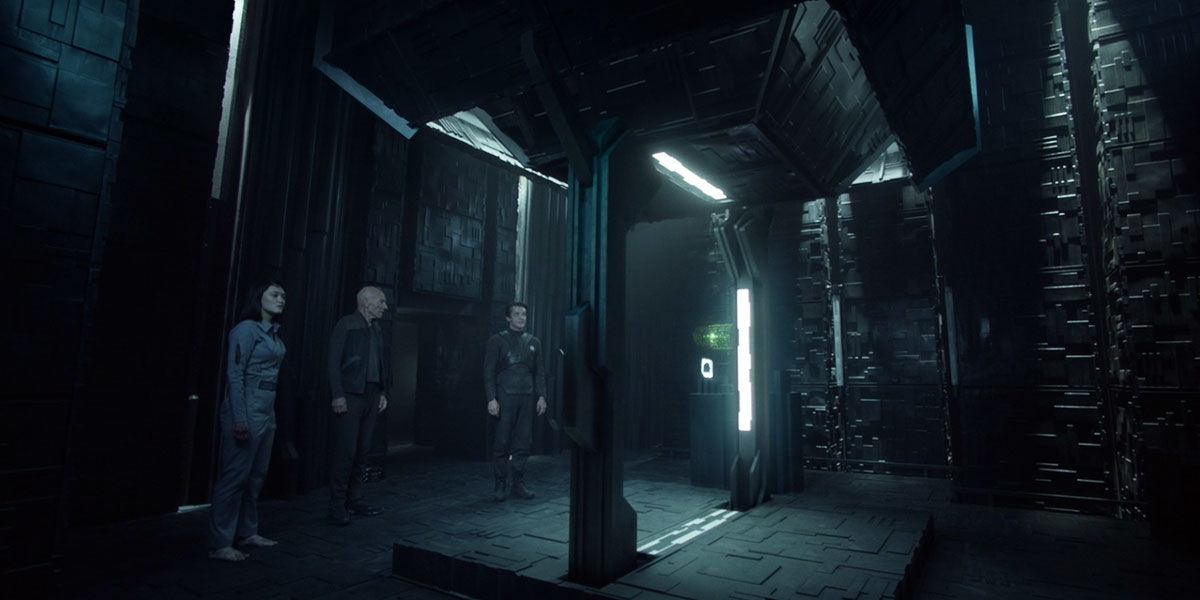 As great as this episode was, there were a couple deus ex machinas that warrant some criticism. First, that Hugh, Picard, and Soji were able to get to the convenient Borg long-range transporter so easily, considering the massive size of the Cube and their slower pace thanks to the elderly Picard. Second, that Elnor was not only able to get off the La Sirena without anybody noticing, and that he was able to come to Picard’s rescue just in time. We’ll see how well the Romulan warrior performs against soldiers who are most likely carrying disruptors. Taken together, these criticisms aren’t enough to drag the episode down, but such contrived plot points are always worth noting. 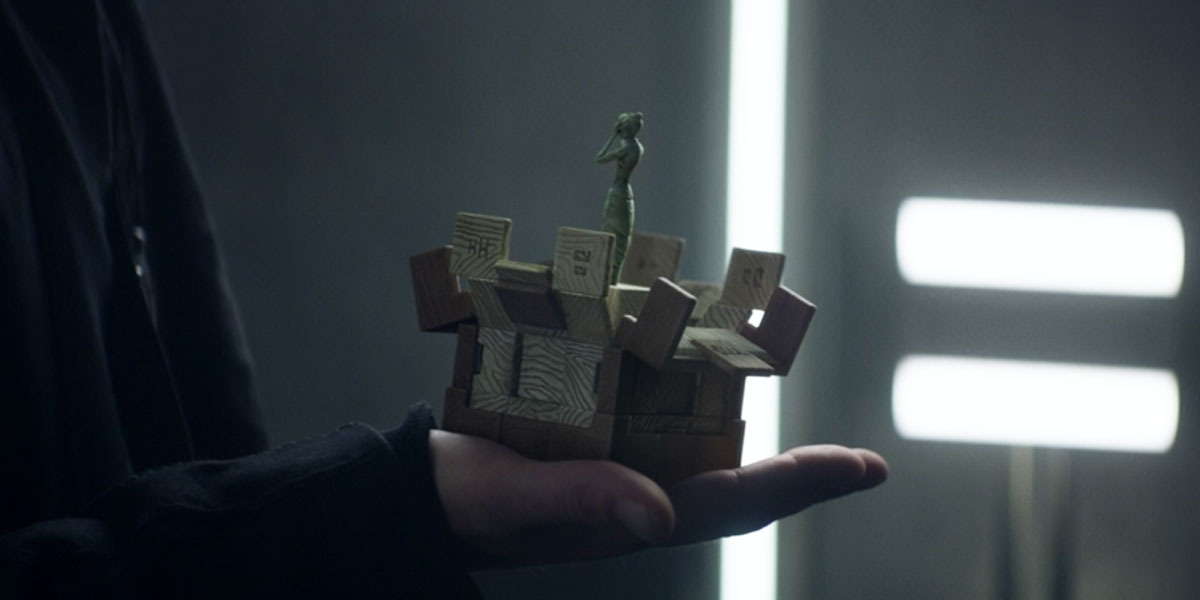 Next week, we’ll see what the planet Nepenthe has in store for Picard and Soji – and ultimately, we’ll get the return of two of The Next Generation‘s most famous characters. We can’t wait for this particular reunion.

Star Trek: Picard continues next week with “Nepenthe,” the seventh episode of the first season.