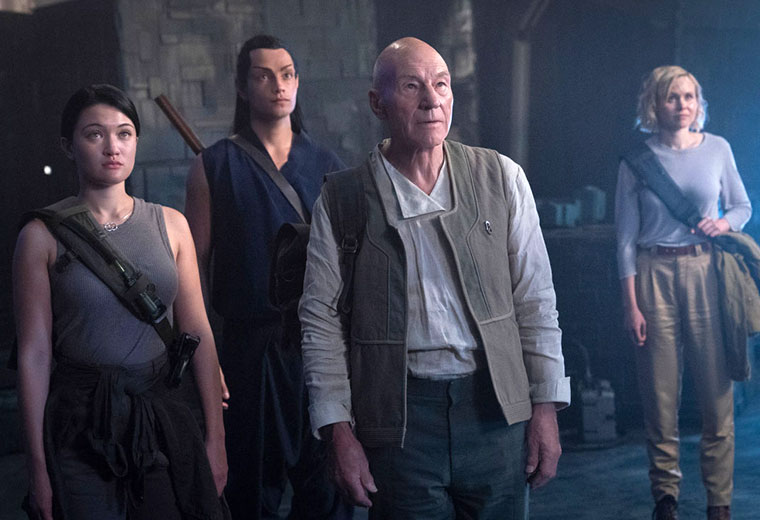 CBS has released ten new photos from the upcoming ninth episode of Star Trek: Picard “Et in Arcadia Ego, Part 1.” The episode will debut on CBS All Access in the U.S. on Thursday, March 19.

Following an unconventional and dangerous transit, Picard and the crew finally arrive at Soji’s home world, Coppelius. However, with Romulan warbirds on their tail, their arrival brings only greater danger as the crew discovers more than expected about the planet’s inhabitants.

“Et in Arcadia Ego” parts 1 and 2 are directed by Akiva Goldsman.