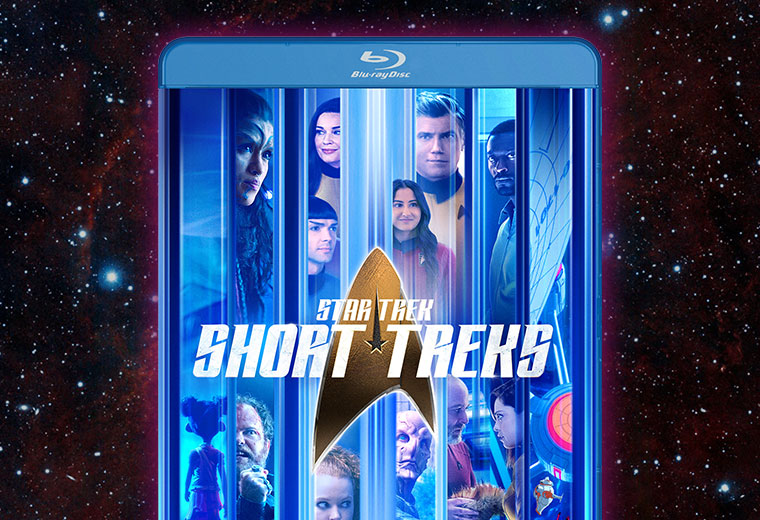 As expected, CBS has announced the forthcoming release of Star Trek: Short Treks on Blu-ray and DVD.

Scheduled for a June 2 release in North America, the set is available to pre-order on Amazon today. It will include nine of the Star Trek: Short Treks stand-alone short stories, including: “Runaway,” “Calypso,” “The Brightest Star,” “The Escape Artist,” “Q&A,” “The Trouble with Edward,” “Ask Not,” “Ephraim & Dot” and “The Girl Who Made the Stars.” It should be noted that the Star Trek: Picard prequel episode of the series “Children of Mars” will not be included in this release.

In addition to the episodes, the release will include two episode audio commentaries and a collection of bonus features:

Star Trek: Short Treks on Blu-ray and DVD will be presented in 16:9 widescreen with English SDH subtitles. The DVD will offer English 5.1 Surround Audio and the Blu-ray will present English 5.1 DTS-HD Master Audio.