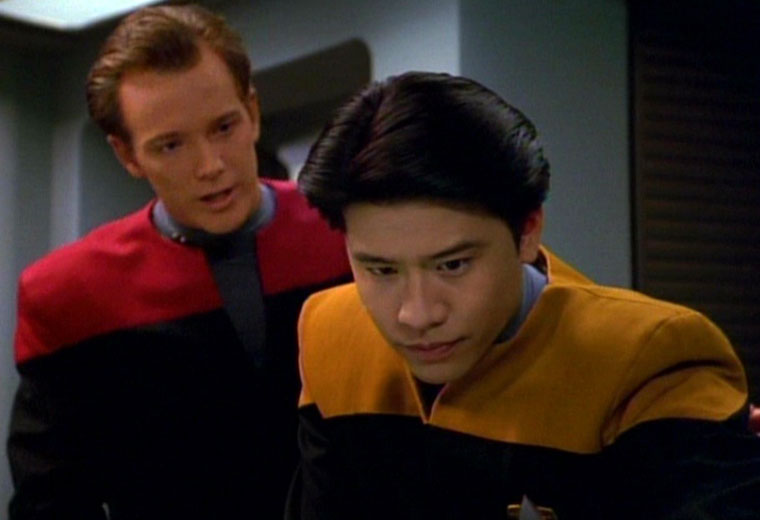 Former Star Trek: Voyager castmates Robert Duncan McNeill and Garrett Wang have announced the launch of their new podcast The Delta Flyers. With a weekly format, the duo plans to re-watch the Voyager series, giving behind-the-scenes stories and details.

We are excited to announce that the first episode of our podcast will be available in early May! #StarTrek #Voyager #StarTrekVoyager #TomParis #HarryKim #TheDeltaFlyers

The first episode of The Delta Flyers podcast is scheduled to be released sometime in early May and is expected to be available on Apple Podcasts, Spotify and other major podcast services.

While the show will be offered as a free download, fans have the option to support it through Patreon, with tiered donation levels, that give access to exclusive video footage, a member pin and other incentives.

This year marks the 25th anniversary of Star Trek: Voyager, which ran from 1995–2001 and starred Kate Mulgrew as Kathryn Janeway, Robert Beltran as Chakotay, Tim Russ as Tuvok, Jeri Ryan as Seven of Nine, Ethan Phillips as Neelix, Robert Picardo as The Doctor, Roxann Dawson as B’Ellana Torres and Jennifer Lein as Kes, in addition to McNeill and Wang, who played Tom Paris and Harry Kim respectively.