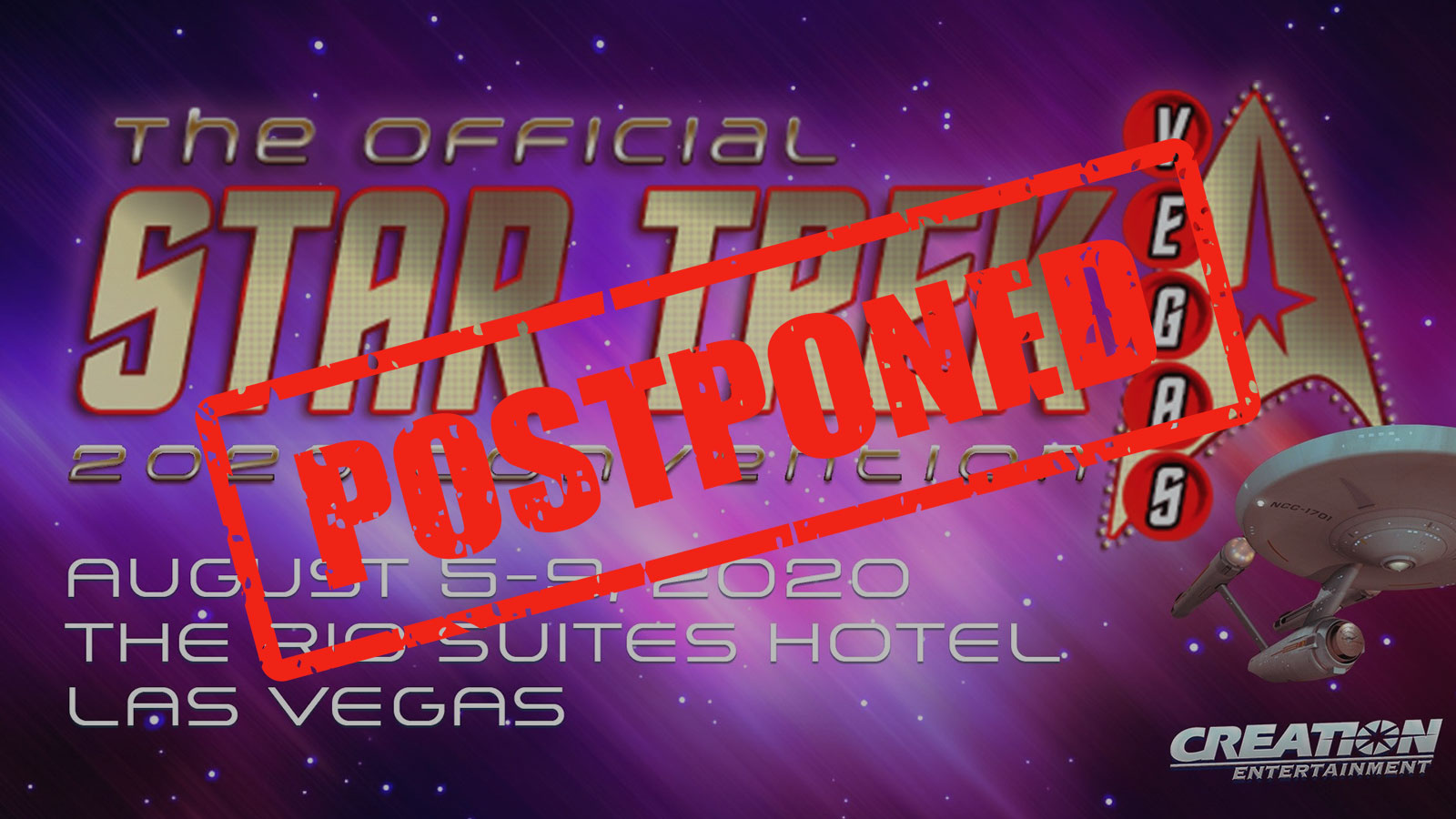 Creation Entertainment has announced the postponement of this year’s Star Trek Las Vegas convention due to the ongoing worldwide pandemic. The change sees the five-day convention move from August to December 9–13, 2020 and will now take place at the Caesars Forum Conference Center in Las Vegas, as opposed to the Rio.

The new host hotel of the convention will be Harrah’s Las Vegas, which features direct access to the Caesars Forum Conference Center.

In a posting on their website, Creation has announced William Shatner, Walter Koenig, Kelsey Grammer and more guests have confirmed the new date and will be in attendance.

During these challenging times, the safety of our Star Trek convention attendees, celebrities and staff is the utmost importance to us. We have continued to monitor the local, federal and international protocols concerning the COVID-19 pandemic, and while we had hoped that our Official Star Trek Convention in Las Vegas could take place in August, due to the unprecedented circumstances, we must postpone and move to a new venue.

For those who had previously purchased tickets to STLV and are now not able to attend, Creation has set June 19, 2020 as the deadline for refunds.

We’ll have more on this developing story as information becomes available.