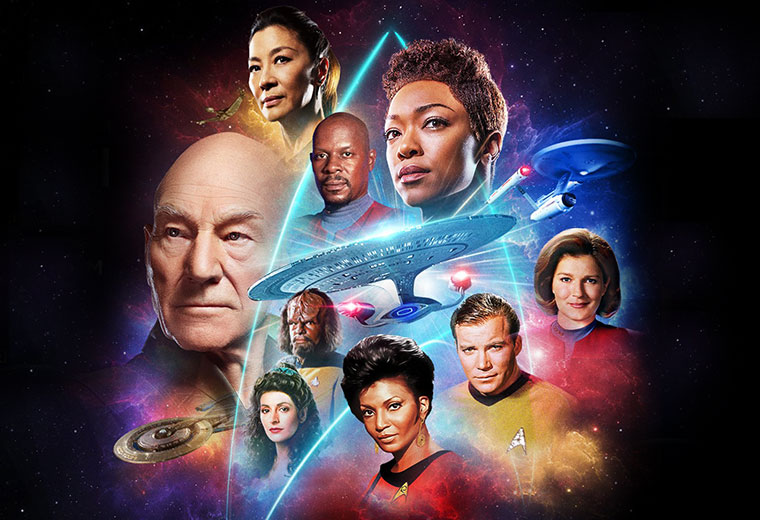 CBS has announced a free streaming Star Trek marathon in support of the Black Lives Matter movement. In an effort to infuse Gene Roddenberry’s vision of a better future into the turbulent times we currently find ourselves in.

The #StarTrekUnited campaign will include 15 Star Trek episodes that have been described as “culturally relevant” will be available to stream for free on cbs.com, the Pluto TV streaming platform, and for a single day on Twitch. In addition to the free episodes, CBS has pledged to make a $1 donation for every fan that tweets using the hashtag #StarTrekUnitedGives to organizations supporting the Black Lives Matter movement — including Black Strategy Fund, Movement for Black Lives, and Black Lives Matter.

The marathon will include episodes from The Original Series, The Next Generation, Deep Space Nine, Voyager, Discovery and Picard:

“The Devil in the Dark”
Star Trek: The Original Series, Season 1 Episode 25

“Let That Be Your Last Battlefield”
Star Trek: The Original Series, Season 3 Episode 15

“The Measure of a Man”
Star Trek: The Next Generation, Season 2 Episode 9

“The Enemy”
Star Trek: The Next Generation, Season 3 Episode 7

“The Drumhead”
Star Trek: The Next Generation, Season 4 Episode 21

“The End is the Beginning”
Star Trek: Picard, Season 1 Episode 3