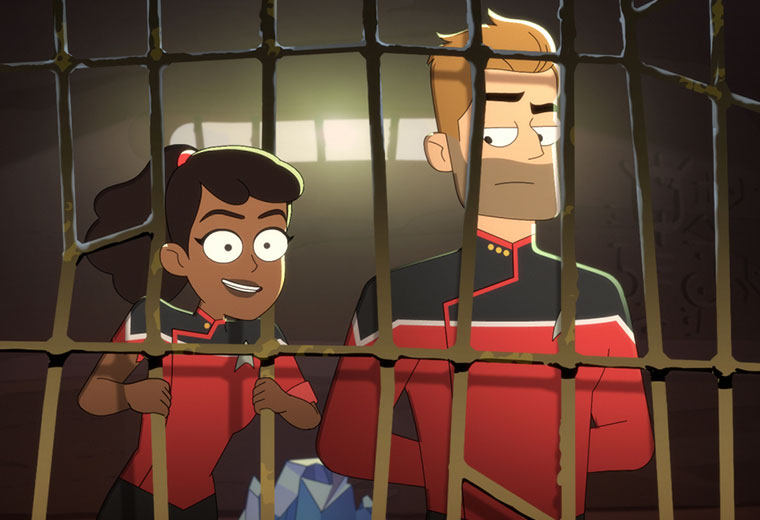 Warning: This review DOES contain spoilers.

In the classic The Next Generation episode “Relics,” engineer extraordinaire Montgomery Scott wisely tells Geordi LaForge about how he should over-budget his time working on ship tasks. Scott’s mantra was something like this: Tell the captain the job will take an hour when really it’ll only take 40 minutes. That’s how miracle workers are born, isn’t it?

Well, in the self-reflexive style of Lower Decks, this time-honored Star Trek tradition is ripe for parody. The result, “Temporal Edict,” is a fun episode filled with Lower Decks’ signature humor and break-neck pace, while offering further insight into the workings of an unimportant Starfleet vessel. 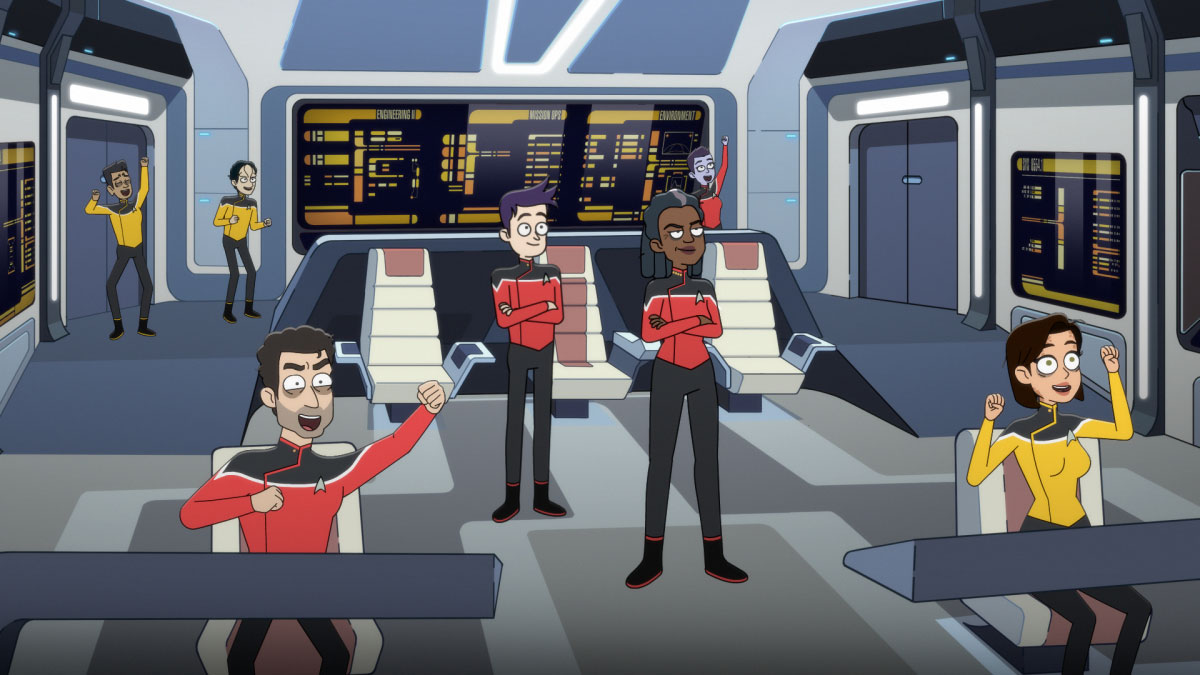 After a cold open that pokes fun at the familiar Star Trek trope of playing classical music for recreation, the episode begins quite nostalgically, with a classic captain’s log-style introduction from Commander Ransom (Jerry O’Connell) as the Cerritos warps through space on its way to an important Federation event. But, as is the luck of the ship, the Cerritos is diverted at the last minute to a more menial task, which enrages Captain Carol Freeman (Dawnn Lewis). She thinks the Cerritos doesn’t get the important missions because of her lackadaisical crew.

Freeman laments the emerging trend of “buffer time” on the Cerritos (or “creative estimating,” according to Rutherford), the practice of crew members over-budgeting their time so they could relax at the end of a task. The captain cracks down on the crew, strictly structuring their duties so they, in theory, perform as efficiently as possible. But for the exception of Mr. Starfleet himself, Brad Boimler (Jack Quaid), the crew’s morale and performance drop thanks to the hyper-structured schedule. Even during an alien invasion of their ship, the crew tries to stick to their duty timers as aliens swarm around them. 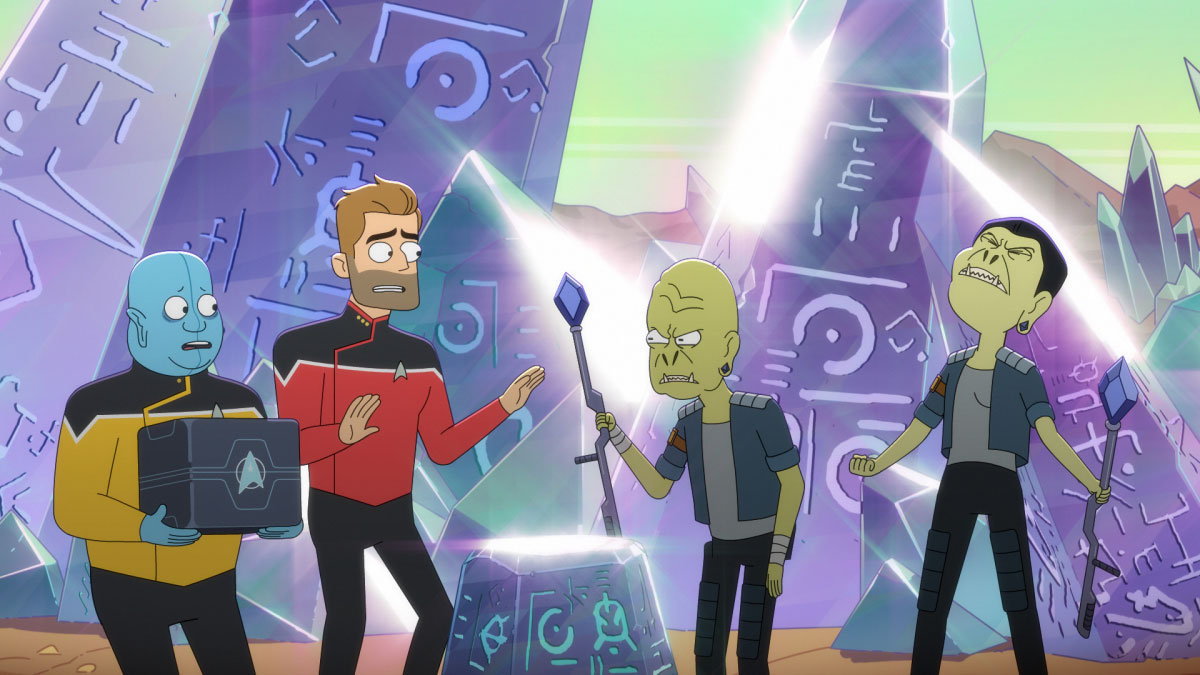 Lewis turns out to be the star of the episode, as her portrayal of a worn-down, burnt-out, frustrated Captain Freeman is spot on. You’ll find yourself chuckling at the captain’s distress, while at the same time feeling sorry for her because she clearly wishes the Cerritos was more like prominent ships in the fleet. It’s through her character that we get a glimpse of what every other Starfleet captain not in charge of an Enterprise is thinking about their place in the fleet, and how they might constantly compare themselves to the legendary captains. Lower Decks has promised us a different look at Starfleet and its members, and it’s certainly delivering that so far.

Meanwhile, Mariner (Tawny Newsome) and Ransom find themselves on the wrong side of an alien battle arena, as Ransom tries to free himself and his away team in trial by combat. His brief attempt at a diplomatic resolution is short-lived, and he ultimately excels and even enjoys fighting an alien brute, something we aren’t used to seeing from a Starfleet “hero” character. It speaks to both Mariner and Ransom’s characters that they are so willing to fight in the arena, but for differing reasons: Mariner, because she thinks she is the only one who can handle the job, and Ransom because he wants the glory. We’ve been thinking of Ransom as some hybrid Kirk/Riker-wannabe, but we’re coming around to the idea that Ransom is a different type of officer, one in it for the glory despite his posting on a minor Starfleet vessel. 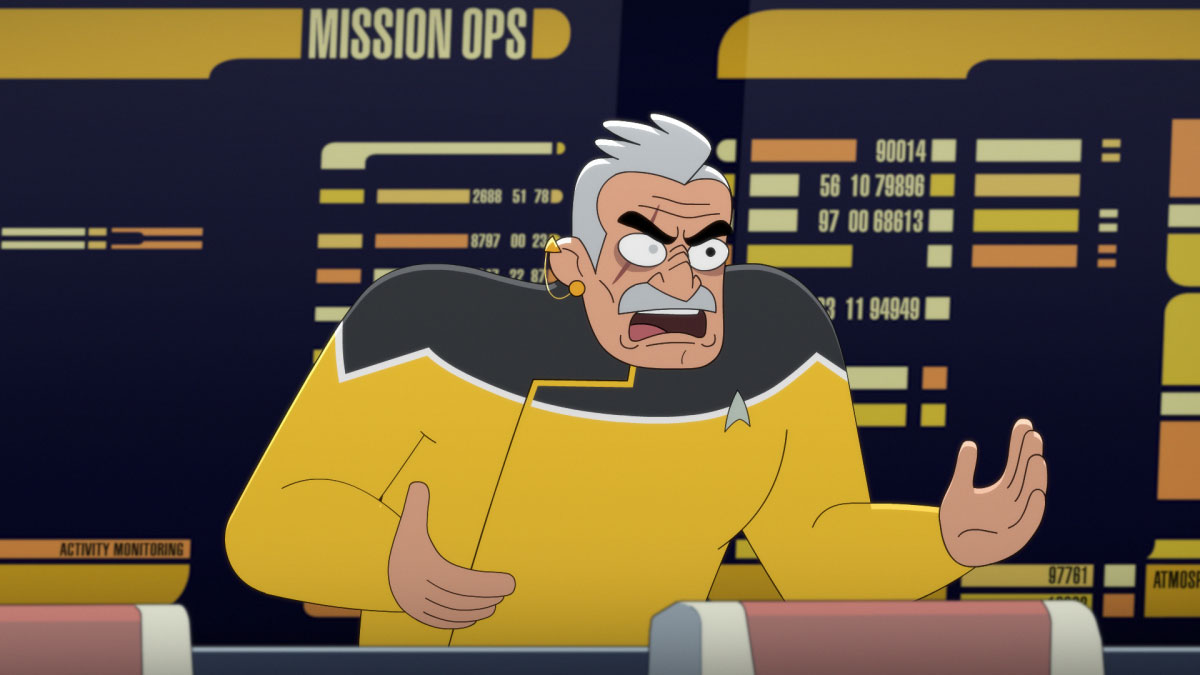 Writer (and show creator) Mike McMahan opts for a great approach to this Lower Decks story: pick a tried-and-true Star Trek trope and run with it. It was clear from the beginning that Lower Decks’ forte would be turning a comedic lens toward the Star Trek we know and love, and that method is on full display here. Luckily for McMahan and his team, there is certainly plenty of material in the franchise to keep this approach going.

New episodes of Star Trek: Lower Decks are released on Thursdays on CBS All Access in the U.S. The series returns next week (August 27) with the fourth episode “Moist Vessel.”