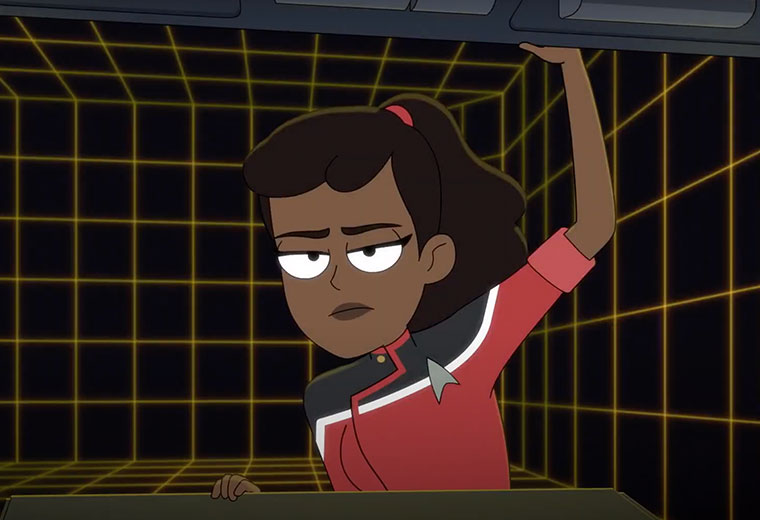 After three consistently funny and smart episodes, Star Trek: Lower Decks hits somewhat of a snag with “Moist Vessel,” an episode about two Starfleet ships working together to shepherd an alien colony vessel into Federation space. While this is an interesting premise, Lower Decks seems to back away from the overarching Trek-parodying humor that made it’s first three episodes so endearing.

That’s not to say this episode is bad. The plot of this episode is great sci-fi. The Cerritos and its sister ship, the Merced, are tasking with escorting a recently discovered dormant alien generational ship back to Earth. The ship is found to contain not only comatose aliens but also a type of matter that encourages organic growth on non-organic objects – kind of like a gooey Genesis Device. It’s a cool concept that seems like it’s straight out of an Arthur C. Clarke fever dream. Of course, nothing goes according to plan, and this growth infects the two Starfleet ships. 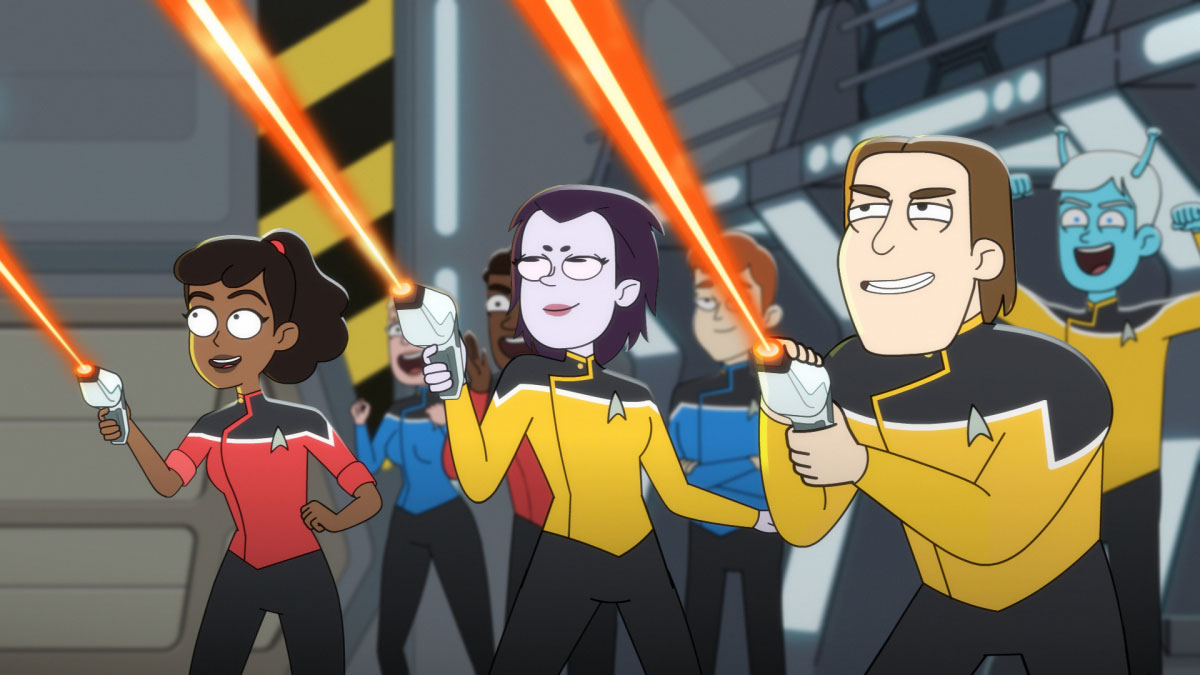 The aim of Lower Decks from the beginning was to present a different perspective of Starfleet, and this show has consistently done that. In this episode, we get a darker look at the motivations of an egoistic Starfleet captain, namely Captain Durango of the Merced – although Captain Carol Freeman (Dawnn Lewis) also has some egoistical inspirations herself. She mentions how Starfleet should start carving her name on a plaque in light of the alien ship discovery, something that the Starfleet captains we know and love would ever suggest. However, Captain Durango’s darker motivations are substantially worse. By trying to one-up Freeman and assert his command over the operation, Durango ultimately destroys his own ship and puts the crews of both vessels at risk.

After mentioning briefly in the pilot that Mariner (Tawny Newsome) was the daughter of Captain Freeman, “Moist Vessel” blows the lid off this relationship by pairing the duo together as they try to save the Cerritos from the alien emulsion. Their arc in this episode starts when Mariner is promoted against her wishes as a way for her to possibly transfer off the Cerritos, which would be a victory for the frustrated Freeman.  While certainly, the two are abrasive, augmentative, and bellicose toward each other, we eventually see their softer side when they solve the crisis together. It’s a neat Star Trek-esque coda to the conflict we’ve quickly come to expect from the pair and starts to add more dimension to the Mariner-Freeman relationship. 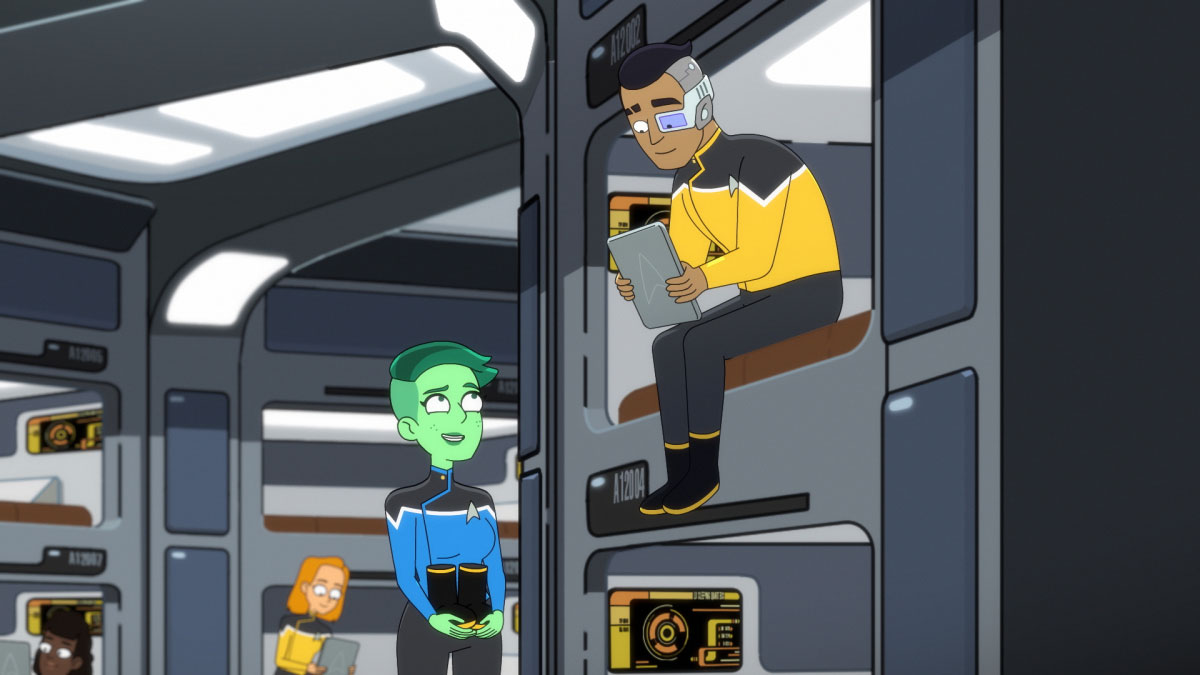 Meanwhile, Tendi (Noel Wells) desires to watch one of her crewmates, O’Connor (guest star Haley Joel Osment), ascend to a higher plane of existence thanks to years of religious and spiritual meditation. But she accidentally screws up the entire process and makes an enemy of the angry crewman, which tortures her people-pleasing character. After trying to get O’Connor’s enlightenment back on track, the alien emulsion forces them to work together despite the animosity they share. In a moment of panic, however, O’Connor admits that he never expected to ascend and that he only said he was to help stand out in Starfleet. It’s only after he saves Tendi’s life that he does indeed ascend, making for the episode’s most hilarious moment.

The issue we noticed with this episode is that it doesn’t structure itself in the same way as the previous episode, “Temporal Edict.” In that episode, writer (and show creator) Mike McMahan wisely picked a tried-and-true Star Trek trope (in that case, the idea of “buffer time”) and filtered it through a self-reflexive comedy lens. While “Moist Vessel” contains some Star Trek parody, that’s not what writer Ann Kim seems to be going for. Perhaps this change in structure is indicative of Lower Decks trying to chart its own path away from its live-action big brothers, or it’s just a small misstep in the first episodes of a nascent show – something that is easily forgivable. Either way, we’ll mark this episode as simply a good, not great, episode of Lower Decks. 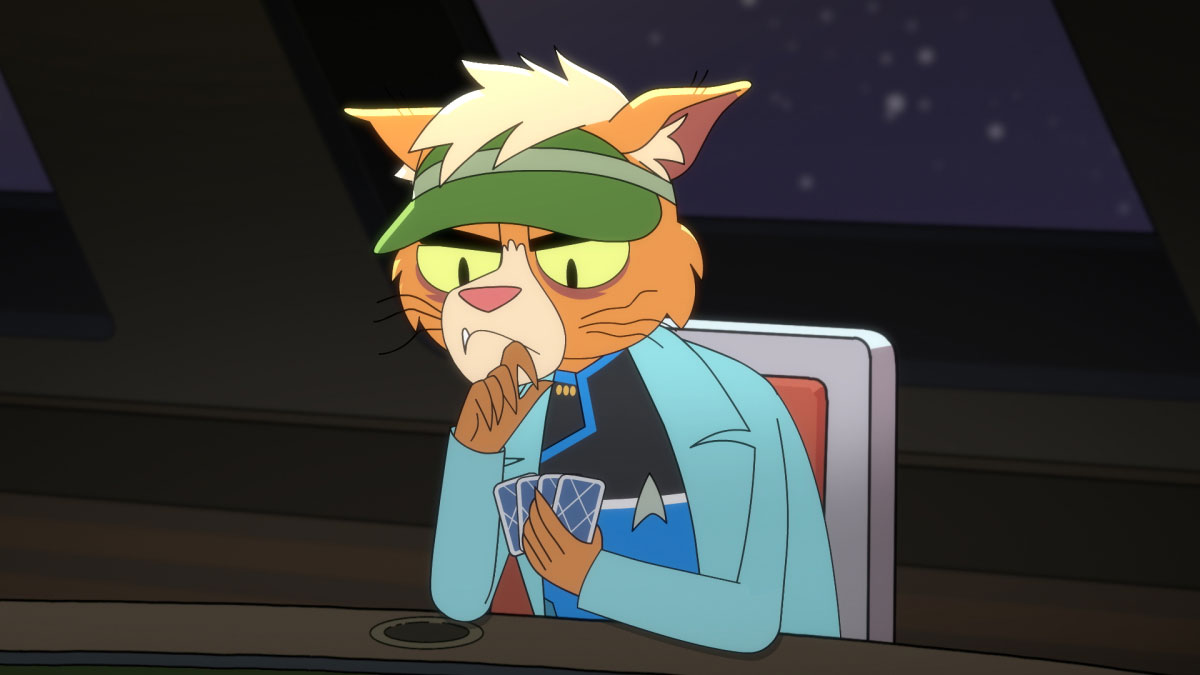 New episodes of Star Trek: Lower Decks are released on Thursdays on CBS All Access in the U.S. The series returns next week (September 3) with the fourth episode of the series.