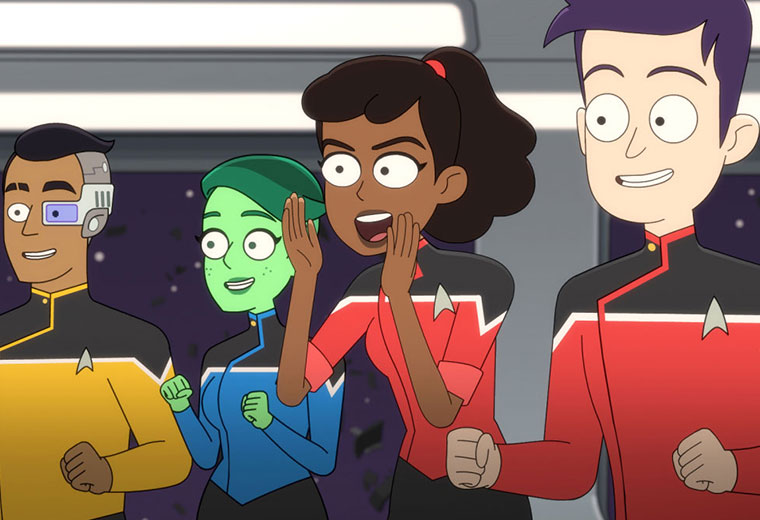 The sixth episode of Star Trek: Lower Decks, titled “Terminal Provocations” is set to premiere on CBS All Access on Thursday, September 10th. Check out a synopsis, preview video, and 11 new photos from the episode below.

The lovable but awkward Ensign Fletcher makes work difficult for Mariner and Boimler. Rutherford introduces Tendi to a holodeck training program he created.