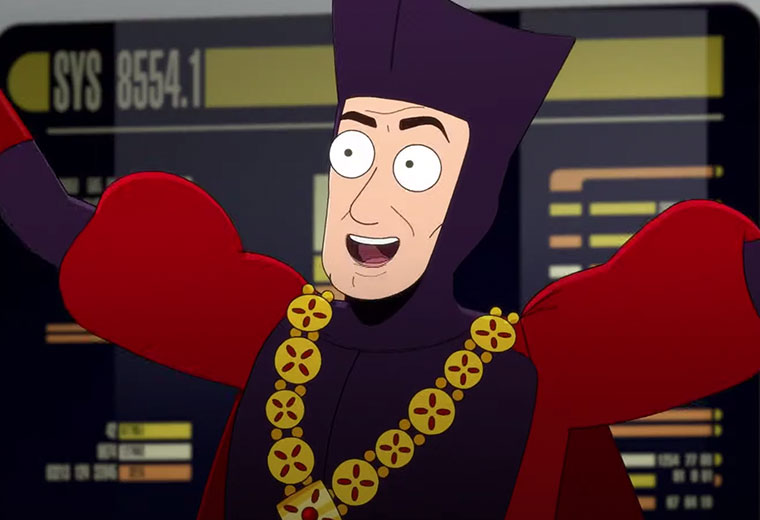 During the panel, McMahan revealed that John de Lancie, who played the extra-dimensional character “Q” on The Next Generation, Deep Space Nine and Voyager, will once again reprise the role when he appears in an upcoming episode of Lower Decks.

If you missed the Lower Decks “Star Trek Day” panel, we’ve embedded it below. Please note that the video may be geolocked and only available to viewers in the United States.

New episodes of Star Trek: Lower Decks are released on Thursdays on CBS All Access in the U.S. The series returns next week (September 17) with the seventh episode.