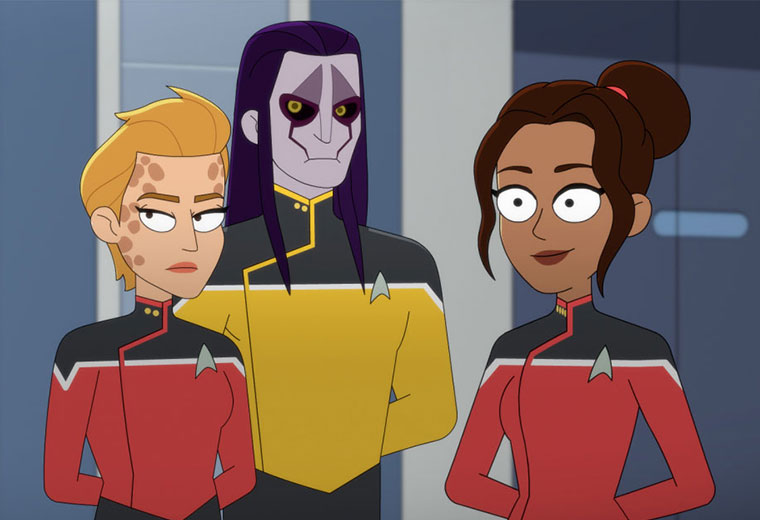 The seventh episode of Star Trek: Lower Decks, titled “Much Ado About Boimler” is set to premiere on CBS All Access on Thursday, September 17th. Check out a synopsis, preview video, and 9 new photos from the episode below.

Mariner tries to impress her best friend from Starfleet Academy who is now a visiting Captain. Boimler is sent to a Starfleet medical ship after a transporter accident puts him “out of phase.