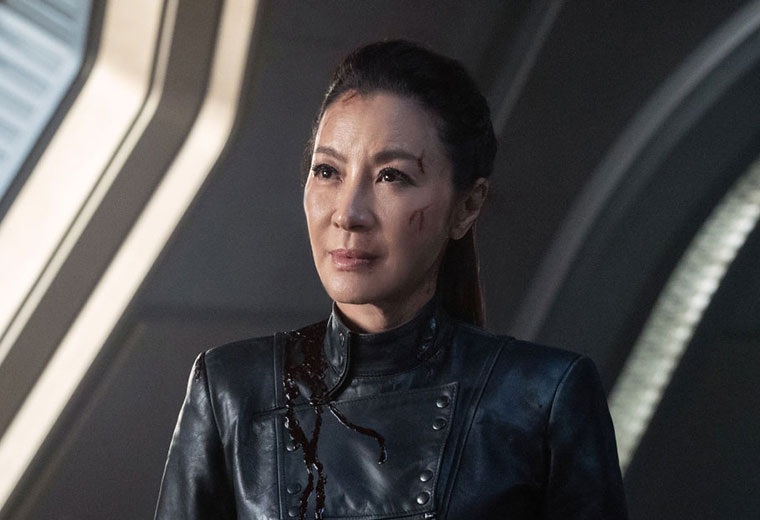 The Star Trek: Discovery returns with the second episode of season three with “Far From Home” this week. The episode, which sees the arrival of the USS Discovery crew in 2388, will premiere on CBS All Access on Thursday, October 22nd.

Check out a synopsis, preview video, and 14 new photos from the episode below.

After the U.S.S. Discovery crash-lands on a strange planet, the crew finds themselves racing against time to repair their ship. Meanwhile, Saru and Tilly embark on a perilous first-contact mission in hopes of finding Burnham.