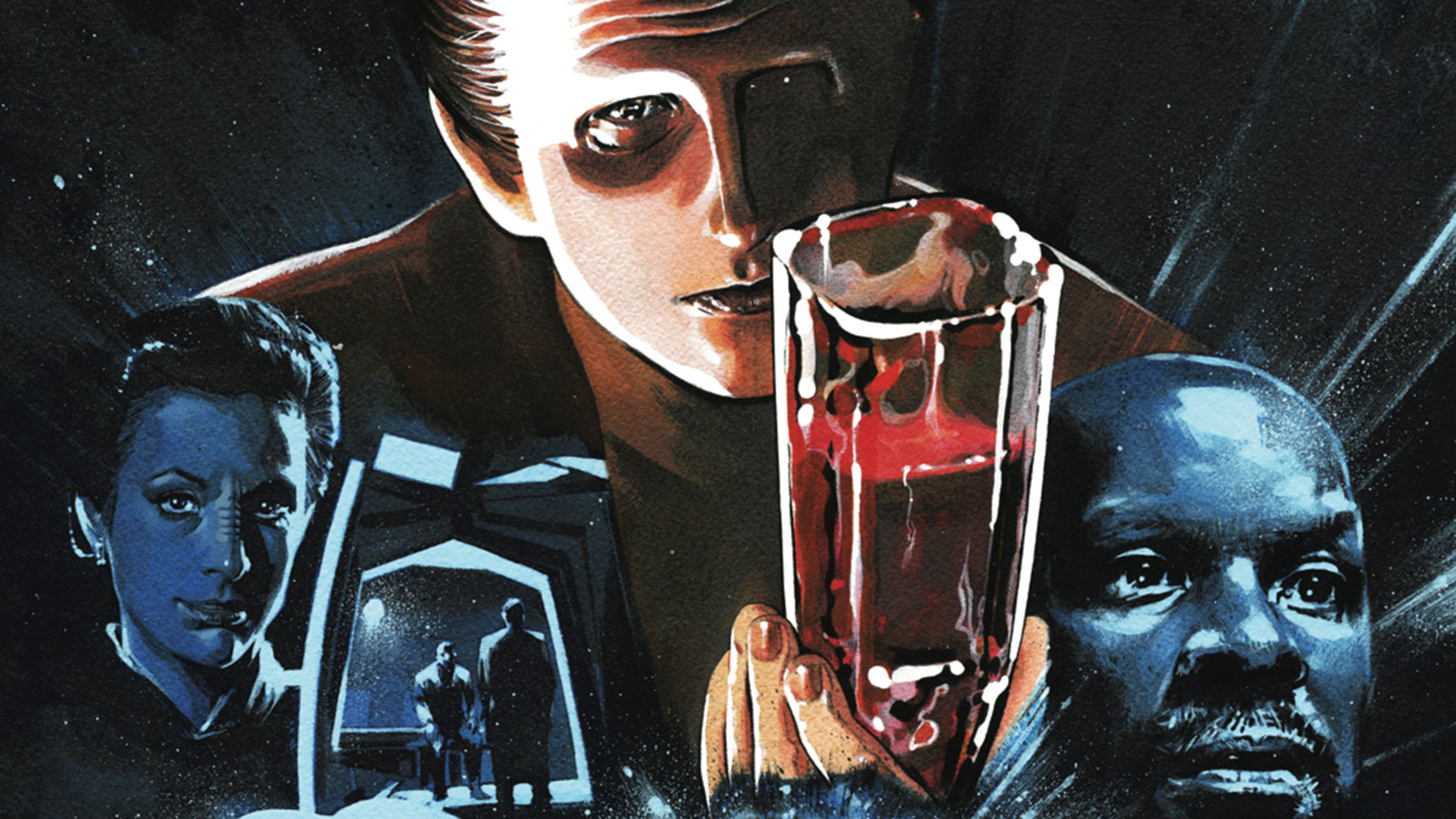 What began as an explosion in the Promenade has now ended with dozens of dead bodies – Bajorans, Ferengis, humans – discovered across DS9. Odo and his unwelcome new partner Retlaw, a Starfleet-assigned investigator, get closer to answers, learning that this goes all the way to the top. Will the duo succeed in stopping the murders before it’s too late?

Too Long A Sacrifice’s final issue brings to close a fitting tribute to our favorite shape-shifter and adds another feather to the caps of the Tiptons.

Noir stories have been the hallmark of Star Trek since TOS. Most captains have traded in the jumpsuit for a Holmesian attire and the results have been interesting. They have not all landed with the same impact as TNG’s The Big Goodbye but every time a mystery is unraveled in the Trekverse it fits. Somehow a franchise that started in the sixties but set in the 23rd century telling stories that pay homage to the pulp tales of the early 20th century is a pleasantly strange alchemy.

The noir detective genre is yet to be visited in Discovery and Picard and one can only hope we see Strange New Worlds’ Captain Pike in a checkered overcoat and a deerstalker hat but till then we’ll have to be content with noir Trek literature like Too Long A Sacrifice. To be clear, nothing in the miniseries has felt like something I have settled for. The Tiptons’ writing, Greg Scott’s stellar art, Sobreiro’s expertly mixed colors, J K Woodward’s poster-worthy variant covers all feel like I got more than my latinum’s worth with this series. Too Long A Sacrifice is an instant addition to the shelf of miniseries gems that we’ve gotten from IDW, one that delivers the best of the noir tale, the dark tone of DS9, and the detective skills of Odo.

Odo and his team get barely caught up on the fallout from the Promenade explosion when another dead body is found on the station, and then another, and then three more. With no pattern emerging or answers and bodies piling up Starfleet sends a detective of their own, much to Odo’s frustration. The Betazoid Retlaw seems equally disinterested in befriending Odo but in spite of no love lost between the two, things start coming together when the two put their differences aside. With the strong suspicion that the Vedek is now connected to the murders the duo confront him in a tense face-off.

Scott and David Tipton bring their A-game to this miniseries. They trade in the all-encompassing, world-building style we saw in The Q Conflict to a bottleneck story set in one location with a handful of players and the results here are so much more delicious. No writer can write every kind of story. The Tiptons in their over a decade of Trek comic storytelling have written many series and have kept it fresh by telling a different kind of story with each series. The Q Conflict did not feel like their best work to me. Too Long A Sacrifice, like Mirror Broken, feels like their best. For all its expansiveness Mirror Broken was really about Picard and TLAS is about Odo. It’s ultimately a noir mystery about the humanity within a shape-shifting detective and the Tiptons execute it nearly perfectly.

Throughout this series, it has been wonderful watching Greg Scott’s art rise to meet the quality of the Tiptons’ writing. Scott and Felipe Sobreiro’s colors never sacrifice the moodiness of DS9 for the bright colors of the Ferengi. They never make Odo’s more plain look any less interesting than the complex features of Garak. In every panel, there is a color contrast that makes you pause and admire the art. On every page, there is a balance between the gloomy noir feel of the world around our heroes and the glowing thirst inside themselves. If the Prophets are good to us, maybe someday this artist/colorist duo will return to the Trekverse to give us more than this four-issue series.

The one minor criticism I have for this issue is that it skirts close to the trap that a lot of detective stories fall into. Instead of letting the reader organically arrive at the answer, it nudges us there with wordy backstory. But it’s minor and doesn’t take away from the thrill of the chase.

While the knowledge that I’ll never see Rene Auberjonois’ Odo onscreen again is heavy, the hard work poured into this series with the writing and art to create an Odo true to Rene’s spirit, one that grumbles softly and chases after answers just like him on the page is a soothing balm for this comic book fan.