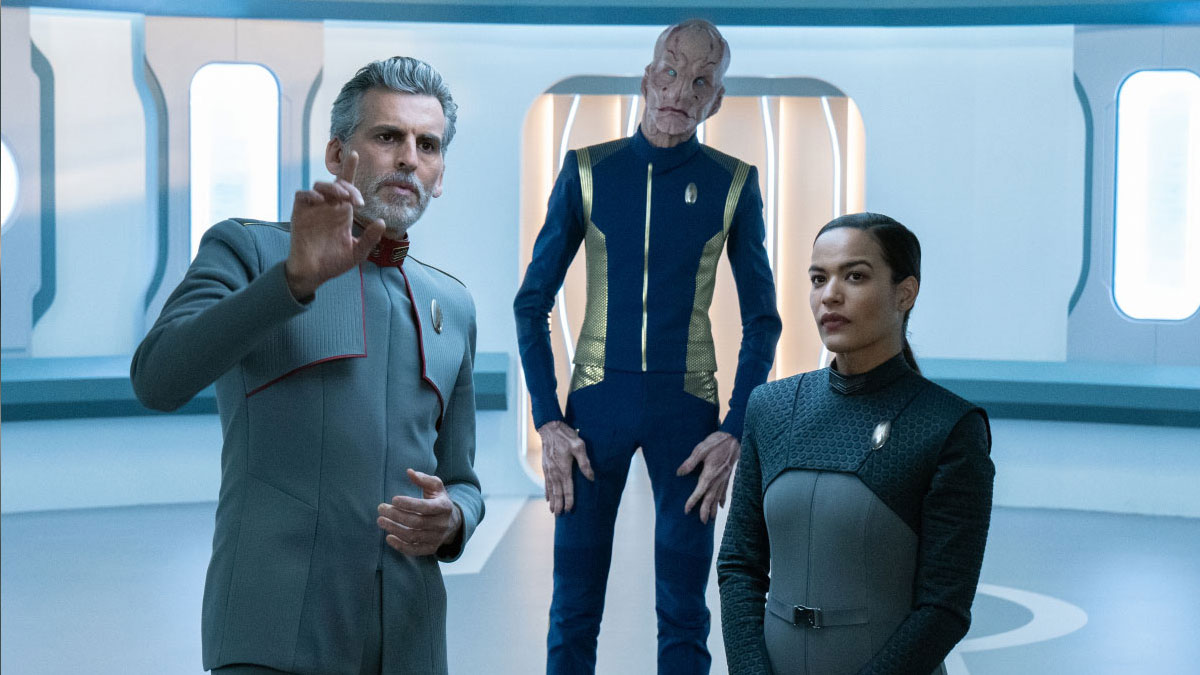 The Star Trek: Discovery returns with the sixth episode of season three “Scavengers” this week. The episode will focus on Burnham and Georgiou’s rogue mission to find Book. It will premiere on CBS All Access on Thursday, November 19th.

Check out a synopsis, 17 new photos, and a preview video from the episode below.

After receiving a message from Book, Burnham and Georgiou embark on a rogue mission to find him, leaving Saru to pick up the pieces with Admiral Vance. Meanwhile, Stamets forms an unexpected bond with Adira.