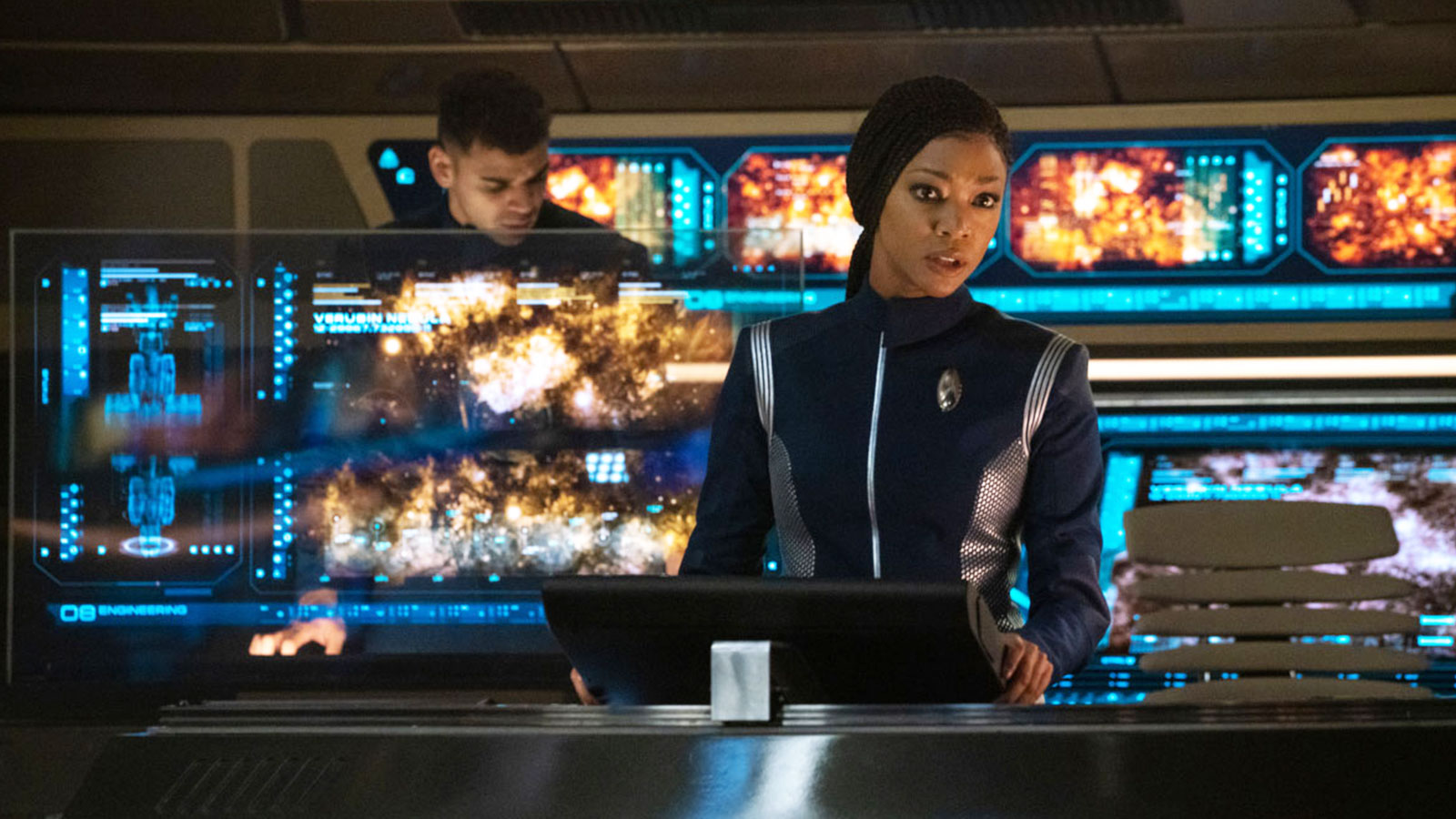 The Star Trek: Discovery returns with the eleventh episode of season three “Su’Kal” (previously named “The Citadel”) this week. The episode is directed by Norma Bailey and written by Anne Cofell Saunders. The episode will focus on Burnham, Saru and Culber’s realization about the mysterious “Burn.” Check out some brand new photos below.

Discovery ventures to the Verubin Nebula, where Burnham, Saru, and Culber make a shocking realization about the origin of the Burn as the rest of the crew faces an unexpected threat.