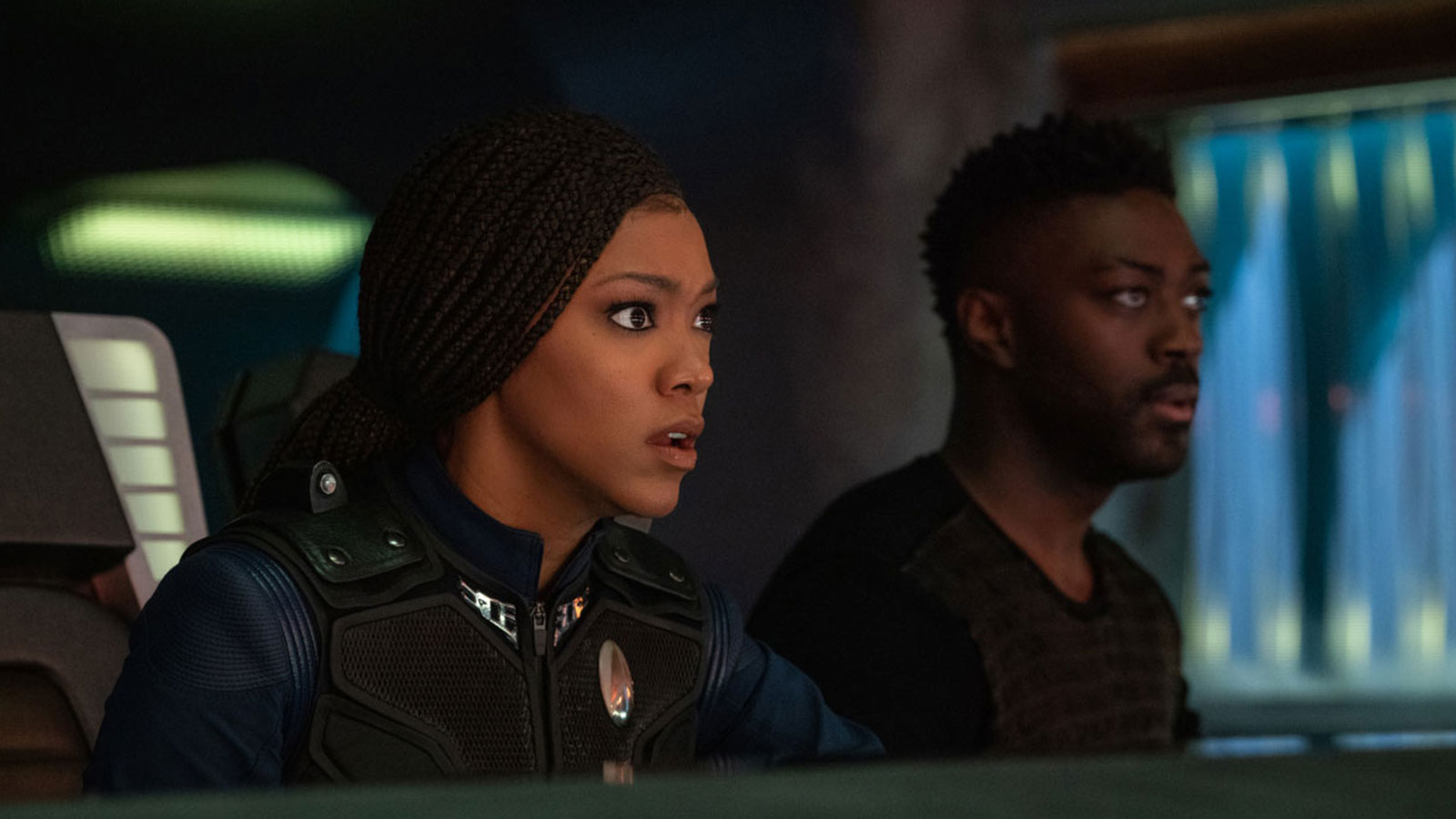 The Star Trek: Discovery returns this week with the penultimate episode of season three “There Is A Tide…” (previously named “The Good of the People”). The episode is directed by Jonathan Frakes, written by Kenneth Lin, and will focus on Osyraa overtaking the USS Discovery and the crew’s attempt to regain command of the ship.

Check out a video preview and some brand new photos below.

“There Is A Tide…” premieres New Year’s Eve, Thursday, December 31st on CBS All Access in the United States.

After capturing the U.S.S. Discovery, Osyraa seeks a meeting with Admiral Vance while Burnham and the crew must overcome unimaginable odds as they attempt to regain command of their ship.