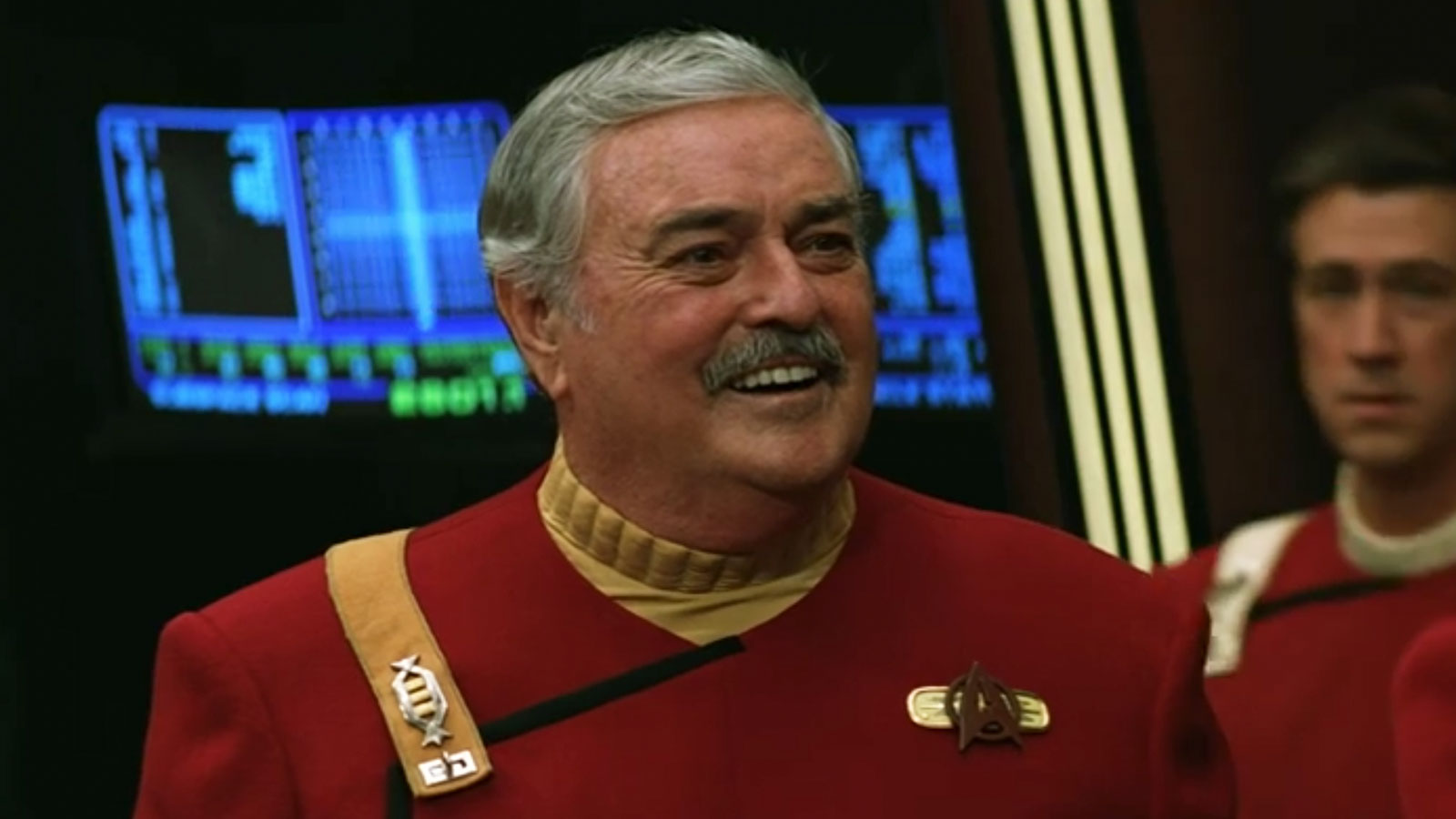 It has been revealed that the ashes of James Doohan have secretly been aboard the International Space Station for the past twelve years.

Doohan, who famously played chief engineer Montgomery “Scotty” Scott on the original Star Trek series, died in 2005 at the age of 85 due to complications of pulmonary fibrosis. Following his death, the ashes were smuggled aboard the ISS by video game entrepreneur Richard Garriott in 2008, during a 12-day mission as a private astronaut.

Chris Doohan, the son of James Doohan confirmed the story on Twitter, saying “I have been keeping a secret for over 12 years.”

In a video Garriott recorded of himself aboard the ISS while holding a laminated photo of Doohan, he says:

“Hey, Chris. Richard Garriott here onboard the ISS. I just wanted you to know: mission accomplished. Your father has made it here into space… and in fact, all the way here to the International Space Station. I’m very proud to have had the chance to do this for you and for your family and for your father. It’s very special to me and I know it’s something that your father wished for and you tried to make happen. I can’t tell you how proud I am to be able to do this.”

Garriott left one of the laminated cards with some of Doohan’s ashes aboard the ISS and gave the other to Chris Doohan—which he posted a photo of on Twitter.

Thanks to Garriott, Doohan’s ashes have now traveled approximately 1.7 billion miles through space, orbiting the Earth more than 70,000 times.