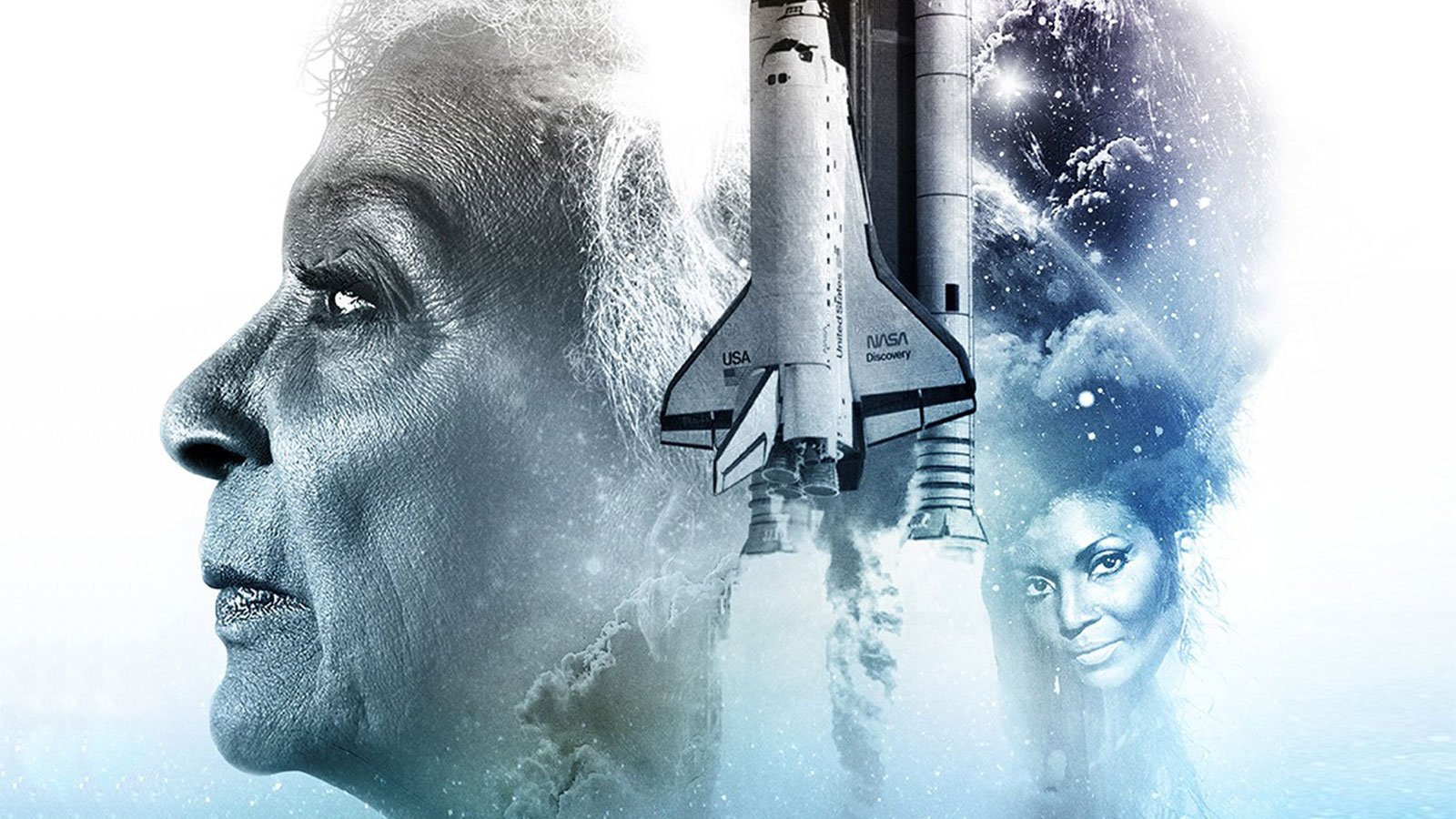 Review: Woman in Motion: Nichelle Nichols, Star Trek, and the Remaking of NASA

Nichelle Nichols, known to Star Trek fans around the world as Lieutenant Uhura, has led an amazing life thanks to her role on that famous show and its subsequent movies. But in addition to leading the charge for black representation on television, fans may not have known that Nichols brought that determination and representation to Starfleet’s real-life present-day counterpart, NASA. Thankfully, Woman in Motion sheds light on Nichols’ role in bettering NASA’s diversity, a goal that has had rippling repercussions ever since.

While the documentary revolves around Nichols’ hard-hitting efforts to bring thousands of non-white applicants to NASA in the 1970s, the documentary first makes sure to tell the story of Nichols herself. Using both archive interviews and more recent productions, viewers learn from the actress herself about how she came to join the television business, starting initially as a singer for Duke Ellington before traveling to California to began her TV career.

Even fans who have followed Nichols for years might find neat new tidbits about her life thanks to this comprehensive account of her young professional life. For example, Nichols was featured in a racially charged and ultimately unaired episode of Gene Roddenberry‘s The Lieutenant in 1963, and that’s how Roddenberry came to approach her for Star Trek. Indeed, Nichols asserts that she became who she became in life “because of Gene Roddenberry.” Taken together, the first half-hour of this 90-minute documentary provides a thorough context for which to view Nichols’ later contributions to racial equality, since we see how she was forced to confront race in her early work.

The story isn’t just told by Nichols herself, of course. An impressive cast offers their own testimonials about Nichols, her work, the space program, and the impact of having non-whites join the program in such numbers. We hear from fellow Star Trek personalities such as George Takei, Walter Koenig, Michael Dorn, writer D.C. Fontana, and sure, we’ll toss in Mae C. Jemison, the first African-American in space and also one-time The Next Generation guest star. Other testimonials from the likes of Vivica Fox, Ashley Eckstein, Neil deGrasse Tyson, Pharrell Williams, Al Sharpton, John Lewis, and many NASA officials help paint a picture of Nichols’ work far beyond what Nichols herself could provide. There certainly isn’t a lack of enthusiasm for what this trailblazer did for NASA.

But what exactly did she do for NASA? Well, it started in the late 1960s, and like many people in the aftermath of the Moon landing in 1969, Nichols was awed by humanity’s achievement and the prospect for further exploration thanks to NASA’s continuing space efforts. But unlike many people, Nichols felt something else during this time: disenfranchisement. She didn’t see African-Americans as part of this space venture. She wanted to change that, which she succinctly voices with a simple question: “Where are my people?”

Thus began Nichols’ push for racial inclusion in NASA’s workforce, and this effort is the real meat of Woman in Motion. The documentary relates how that as NASA entered the Space Shuttle era, their recruiting drive produced almost all white people, and that was a situation they wanted to change. The problem was, as Nichols explains, no Black people truly believed NASA was interested in Black candidates given the lack of diversity in the Saturn V years, so the agency offered Nichols the chance to be a public representative for them – and not just to be a supporting face for the agency. One thing Nichols wanted to avoid was to be a supporting character for NASA, as her character was on the bridge of the Enterprise. NASA agreed.

Nichols was to be front and center, supported by her own newly created company, Woman in Motion, created exactly to promote racial diversity. And if NASA still were to not hire a diverse group of candidates despite Nichols’ best recruiting efforts, she was going to be, in her words, NASA’s “worst nightmare.” In a touching moment in this film, Nichols relates how NASA leadership supported her drive to get Black candidates into the space agency, and if for some reason that drive were to fail, Nichols and NASA’s top leadership would expose the agency’s engrained racial bias. Over the next four months, Nichols completely put her television and movie career on hold to build this recruiting drive.

She didn’t hold back in expressing her dedication to this cause. She attended events for countless minority groups, allowed many media interviews (including with Good Morning America), and her publicity campaign for NASA was incredibly thorough. She even went so far as to film herself going through the same physical tests and training stimulators any astronaut would have to pass. In fact, Nichols at one point successfully piloted a shuttle simulator to a landing, and when asked how she did it, she reportedly said, “It wasn’t me. It was Lieutenant Uhura.” Her objective was to show women and minorities that someone like them had a chance at joining NASA. It really was a remarkable use of Nichols’ celebrity, and her efforts certainly bore fruit. NASA’s applicants, both generally and those from women and minorities, increased exponentially, leading NASA to increase the size of their astronaut classes.

To its credit, Woman in Motion doesn’t shy away from a particularly heart-breaking moment for Nichols and the rest of the NASA community, a moment you might have guessed needed to be addressed after learning so much about Nichols’ involvement in the shuttle recruitment program: the Challenger tragedy in 1986 (the anniversary of which the world recently observed on January 28th). As Nichols emotionally expresses, it was like a part of her family died. Three people who were inspired to join the program because of Nichols were lost in that shuttle explosion: Ellison Onizuka, Ronald McNair, and Judith Resnik. This dour segment of the film is appropriately closed by Kirk’s famous and uplifting “risk is our business” speech from Return To Tomorrow, a good choice by the film’s producers to help tackle the Challenger explosion and its ramifications.

Ultimately, Woman in Motion is a remarkable look at how one person was able to make such a difference in the course of humanity’s reach for the stars. And in all respect to other original Star Trek actors, it’s hard to think of another cast member who used their celebrity in such an impactful way. Even if you’ve followed Nichols’ career in and out of Star Trek, the scale of her impact with NASA likely won’t be realized until you watch this documentary. Kudos goes to the production behind this film for bringing Nichols’ story to life, and for contextualizing her work with NASA within her pre-Star Trek career and post-1970s advocatory.

We can’t help but be thankful that we’ve received this documentary while Nichols is still alive. She is 88 years old now, so today is a better time than ever to recognize the scope of her work. We think Woman in Motion is vital viewing for Nichols fans and any woman or minority entering the STEM workforce. Nichols’ efforts will be felt long after she is gone, and that’s the sign of a true legacy if we’ve ever seen one.

Woman in Motion will be in theaters for a limited engagement, Tuesday, February 2, Thursday, February 4, and Saturday, February 6. Visit Fathom Events for theater listings and showtimes.

In this article:Nichelle Nichols, Review, Star Trek: The Original Series