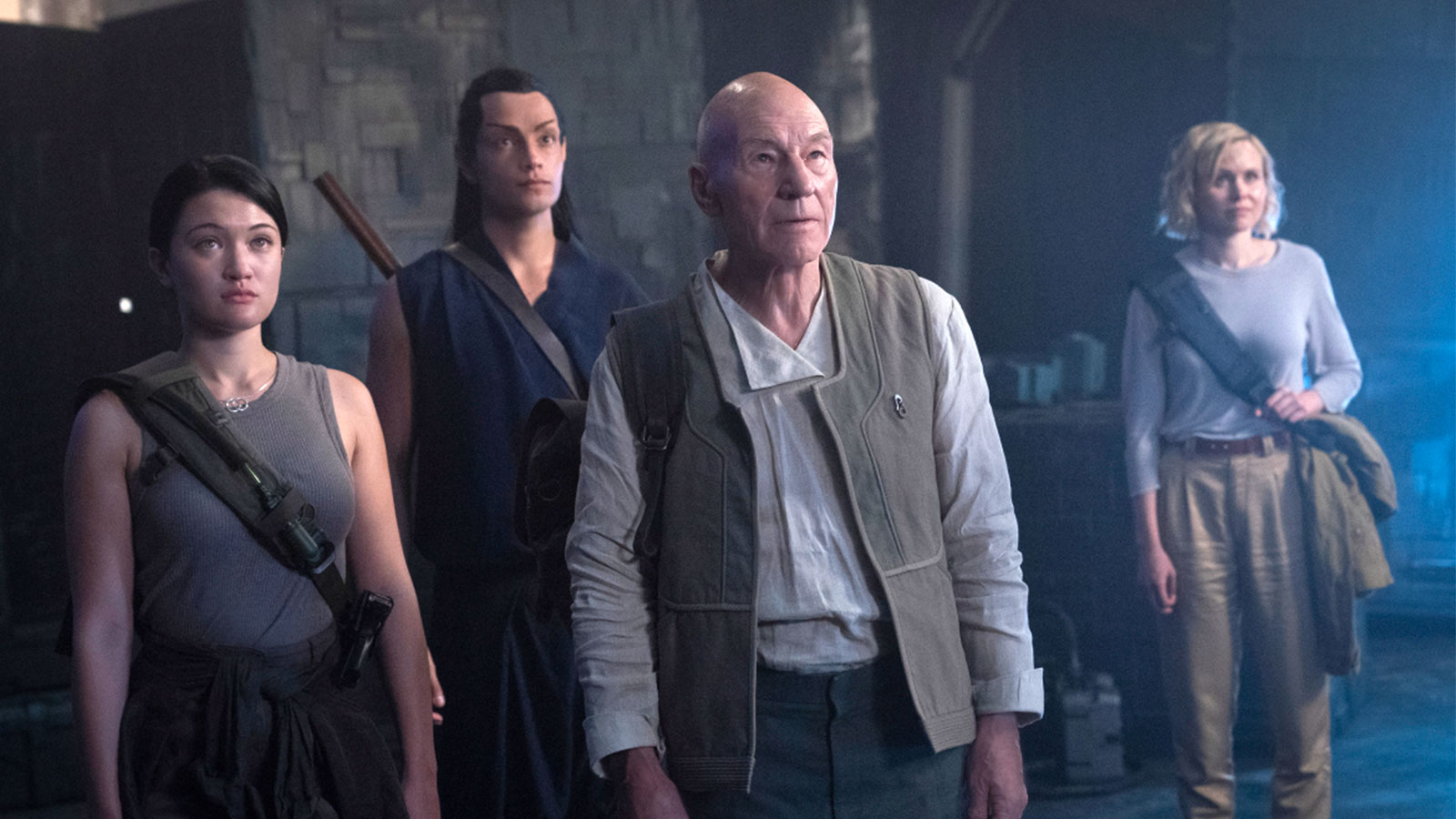 Production on the second season of Star Trek: Picard has begun. Following a few delays related to the ongoing pandemic, it looks like the cast and crew of the series have returned to work and production has finally commenced.

While CBS has made no official announcement, the rumors were all but confirmed when returning series regular Michelle Hurd (Raffi Musiker) posted on Instagram, saying “Back to work, and it feels so good!” along with a photo of a leather notebook, face mask, and “Raffi” placard.

According to sources, along with a quickly-deleted (and somewhat ambiguous) tweet by new series showrunner Terry Matalas, production began back on February 16.

The second season of Picard will film in Los Angeles and will star Patrick Stewart (Jean-Luc Picard), Alison Pill (Dr. Agnes Jurati), Isa Briones (Soji), Evan Evagora (Elnor), Michelle Hurd (Raffi Musiker), Santiago Cabrera (Cristobal Rios), Harry Treadaway (Narek), and expected to guest star Jeri Ryan (Seven of Nine) and Whoopi Goldberg (Guinan). Terry Matalas takes over the role of showrunner from Michael Chabon, who will be a writer on the series. Star Trek: The Next Generation’s Jonathan Frakes, who directed two first season episodes is expected to return to the director’s chair for at least one episode of season two.

While no launch date has been announced, the series is expected to include 10 episodes (the same as season one) and stream on the new Paramount+ service in the United States, broadcast on CTV Sci-Fi Channel (English) and Z (French) prior to streaming on Crave in Canada and on Amazon Prime Video internationally.

Stay tuned to TrekNews.net for all the latest news on Star Trek: Picard season 2.