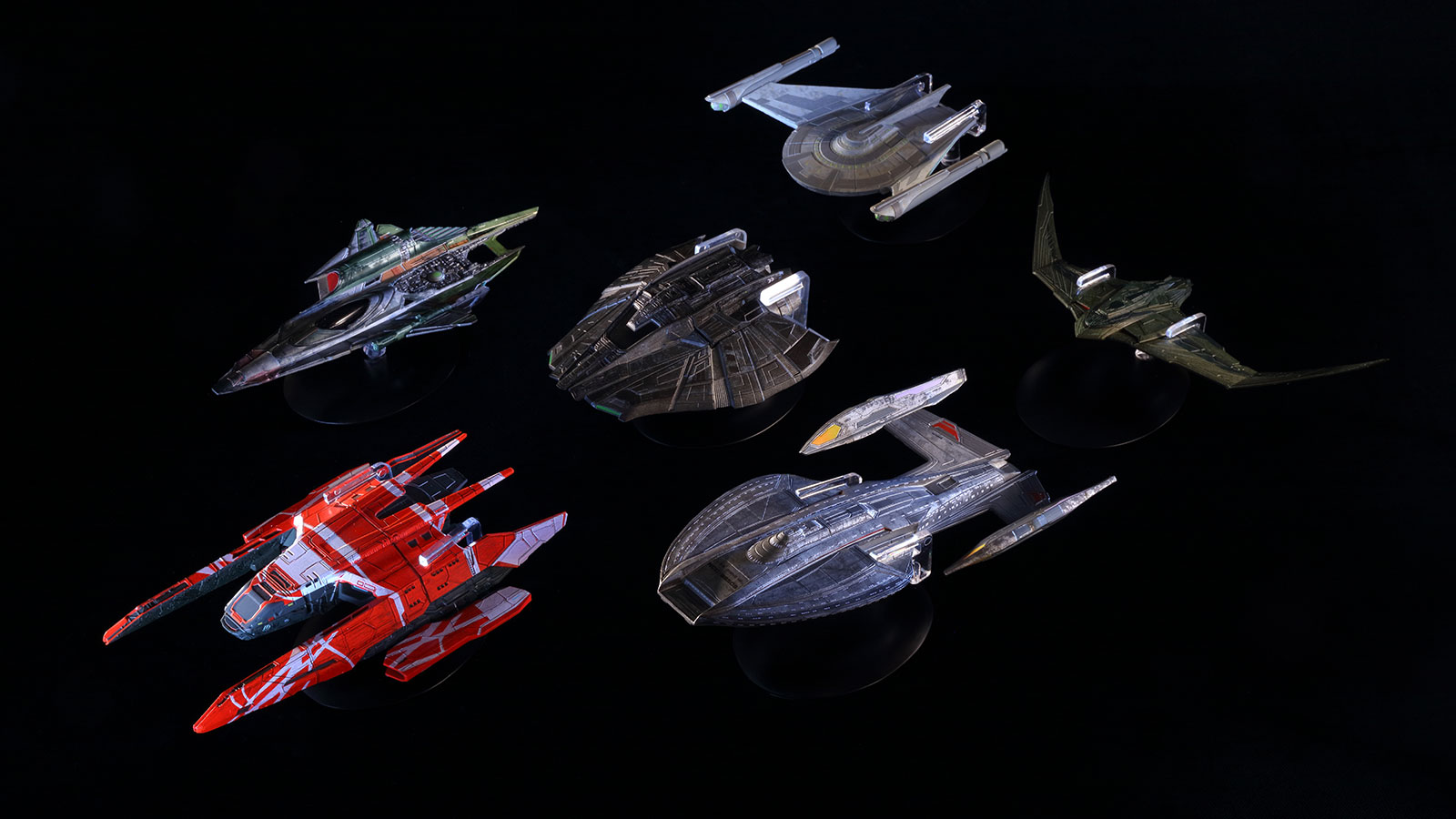 Each hand-painted starship will be accompanied by a magazine with ship specs, behind-the-scenes details, and interviews with the designers. According to Hero Collector, the new line is designed as a continuation of the Star Trek: Discovery Starships Collection and is designed at the same scale, to keep them compatible.

The first six releases in the new Star Trek Universe Starship Collection include:

La Sirena: The hero ship of Star Trek: Picard, this Kaplan F17 Speed Freighter was hired by Jean-Luc Picard and helmed by Captain Rios, an ex-Starfleet officer himself. It was a discreet warp-capable ship, well-suited to the search for Soji Asha.

U.S.S. Zheng He: An Inquiry-class starship, the U.S.S. Zheng He was touted as the toughest, fastest, most powerful ship Starfleet had ever put into service. William Riker returned from retirement to captain it into battle above the planet Coppelius.

Romulan Bird-of-Prey: A retro callback to the classic Romulan designs of the Original Series, this antique Romulan starship was owned by the warlord Kar Kantar, and terrorized shipping throughout the Qiris Sector.

Fenris Ranger Ship: A small, aggressively-armed one-person starship, this vessel was piloted by Seven of Nine in her work with the vigilante Fenris Rangers. She used it to come to the resuce of La Sirena when it came under fire in the Qiris Sector.

Narek’s Snakehead: A nimble Romulan scout vessel, the Snakehead’s size belied its formidable armaments and cloaking capabilities. Narek flew this starship in pursuit of La Sirena, as it fled The Artifact.

Romulan Bomber Warbird: A new class of Romulan starship, this sharp-edged, angular warbird was employed by both the Romulan Free State and the secretive Tal Shiar in their exploitation of The Artifact.

The starships can be purchased as part of an ongoing subscription or individually through online and local retailers along with Eaglemoss directly — beginning with the La Sirena.