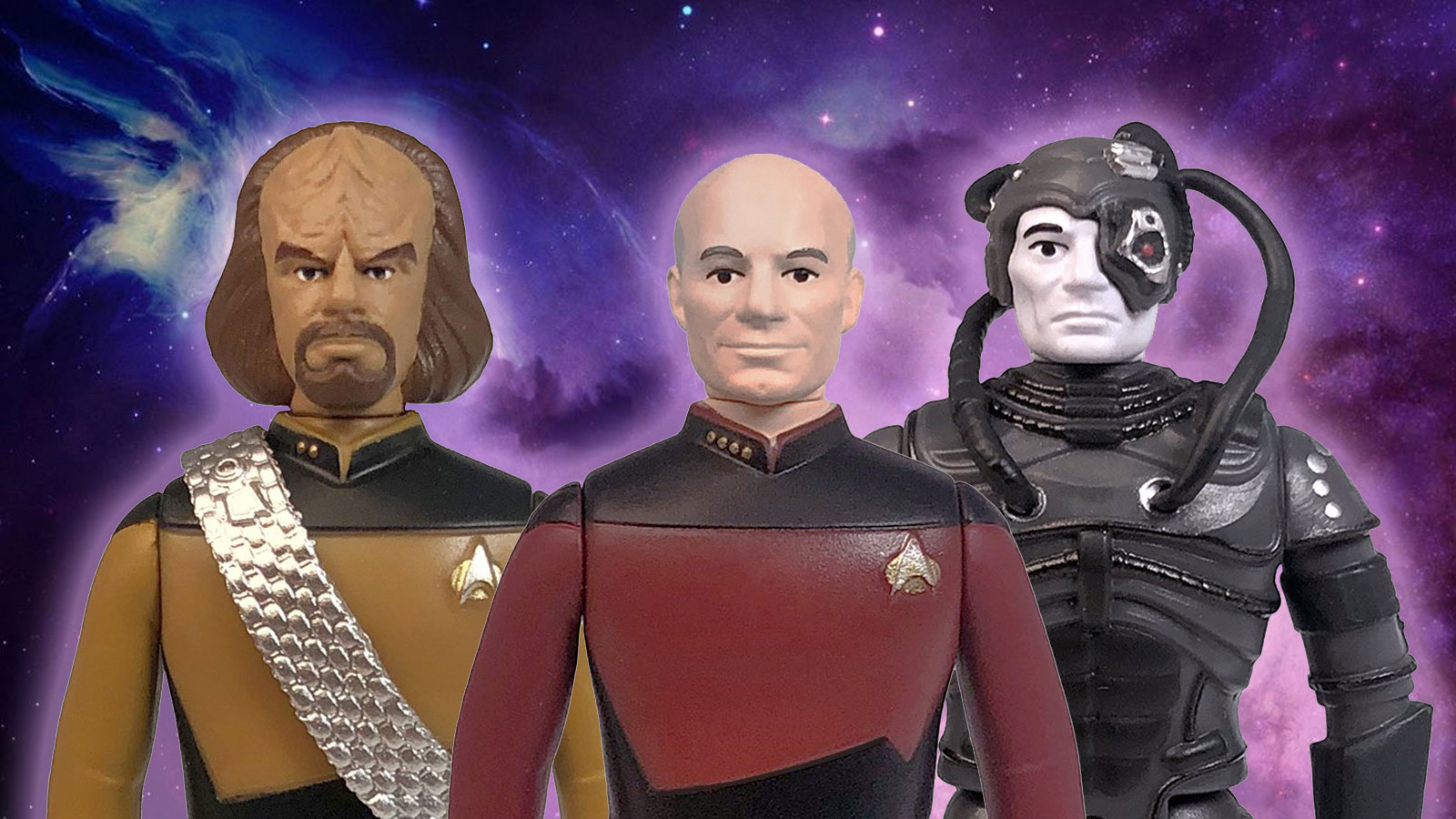 A new line of Star Trek: The Next Generation action figures are slated to arrive this summer. Super7 is set to release members of the TNG crew as part of their ongoing ReAction 3.75″ retro-styled figure series.

The new figures include Jean-Luc Picard, Worf, Data, Wesley Crusher, Guinan, and a Borg Drone. The figures follow the ReAction-style, utilizing five points of articulation — similar to the original Kenner Star Wars figures released in the 70s and 80s.

The new TNG figures are priced at $18 each and are available to pre-order on Super7’s website and other online retailers.