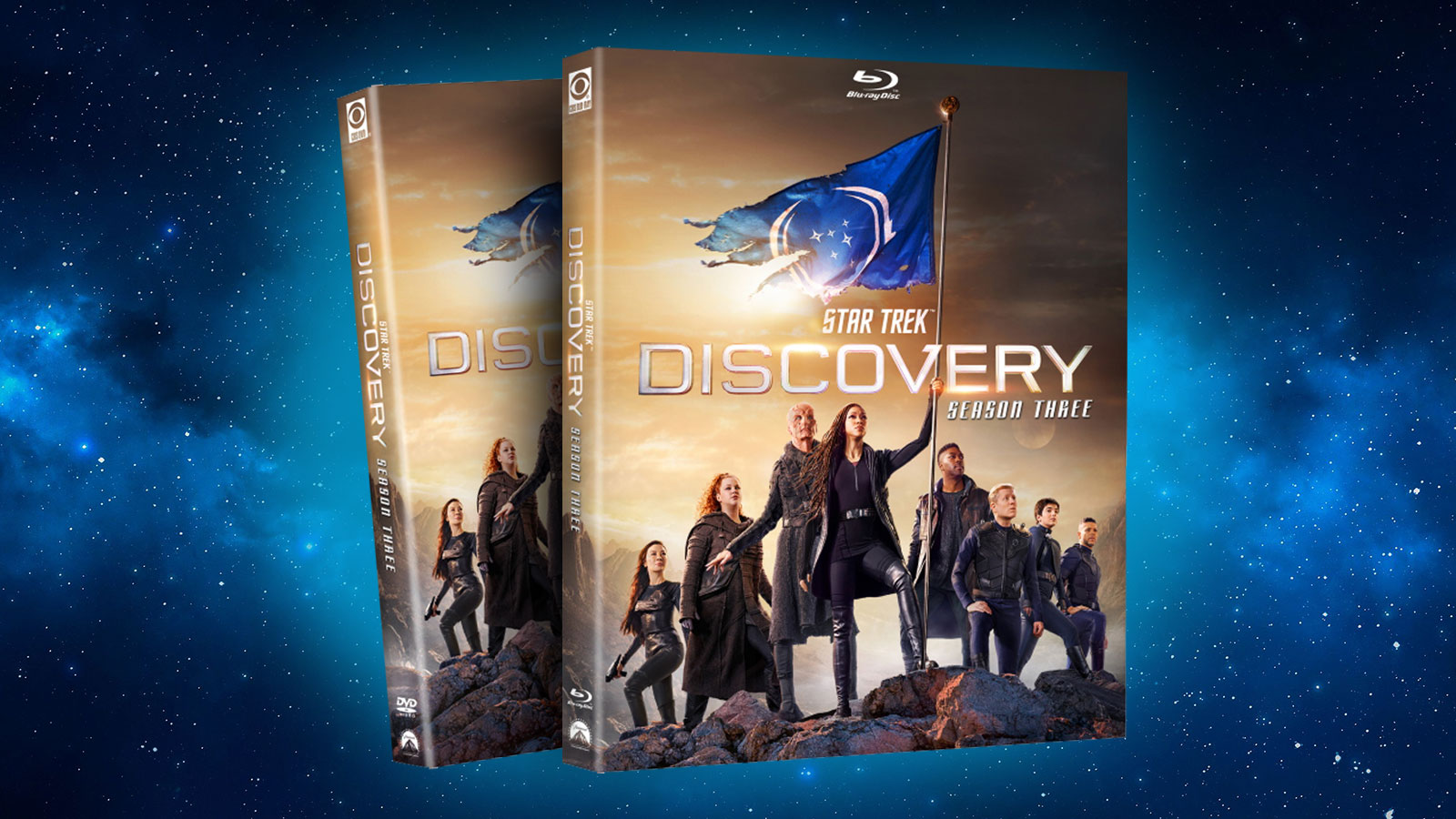 The third season of Star Trek: Discovery is slated to be released on DVD, Blu-ray, and in Steelbook packaging on July 20th.

In addition to all thirteen season three episodes, the Blu-ray releases will include more than two hours of special features — including deleted scenes, behind-the-scenes featurettes, cast interviews and a gag reel.

Both the Blu-ray and DVD are now available to pre-order on Amazon.

Check out the DVD and Blu-ray cover art along with a full breakdown of the bonus features below.

STAR TREK: DISCOVERY: THE VOYAGE OF SEASON 3 – Jump to the future with the crew of the Discovery as they discuss the new adventures with writers and producers, and dive into how their visions were realized by the cast, sets, costumes and props.

STUNTED – Featuring interviews with cast and stunt coordinator Christopher Maguire, fans get a behind-the-scenes look at the creation of the stunts from rehearsal to the expertise required to make them safe, believable and executed to perfection.

BEING MICHAEL BURNHAM – Sonequa Martin-Green takes fans on her season-long journey as Michael Burnham with her personal record of the season and this beloved character.

KENNETH MITCHELL: TO BOLDLY GO – Traditionally the man behind the mask in Discovery, Kenneth Mitchell is unveiled as Aurellio in the third season. Featuring cast and crew interviews, this emotional and intimate look touches on Kenneth’s life with ALS. Discussed on camera for the first time, the featurette highlights how Kenneth’s wheelchair was included for his on-screen character, his own take on the various roles he played in Discovery and what those roles mean to the show.

BRIDGE BUILDING – Fans have been intrigued by Starship Discovery’s Bridge Crew for three seasons. Now, they can immerse themselves in all things crew-related in this behind-the-scenes look showcasing the characters and actors who bring them to life each week.