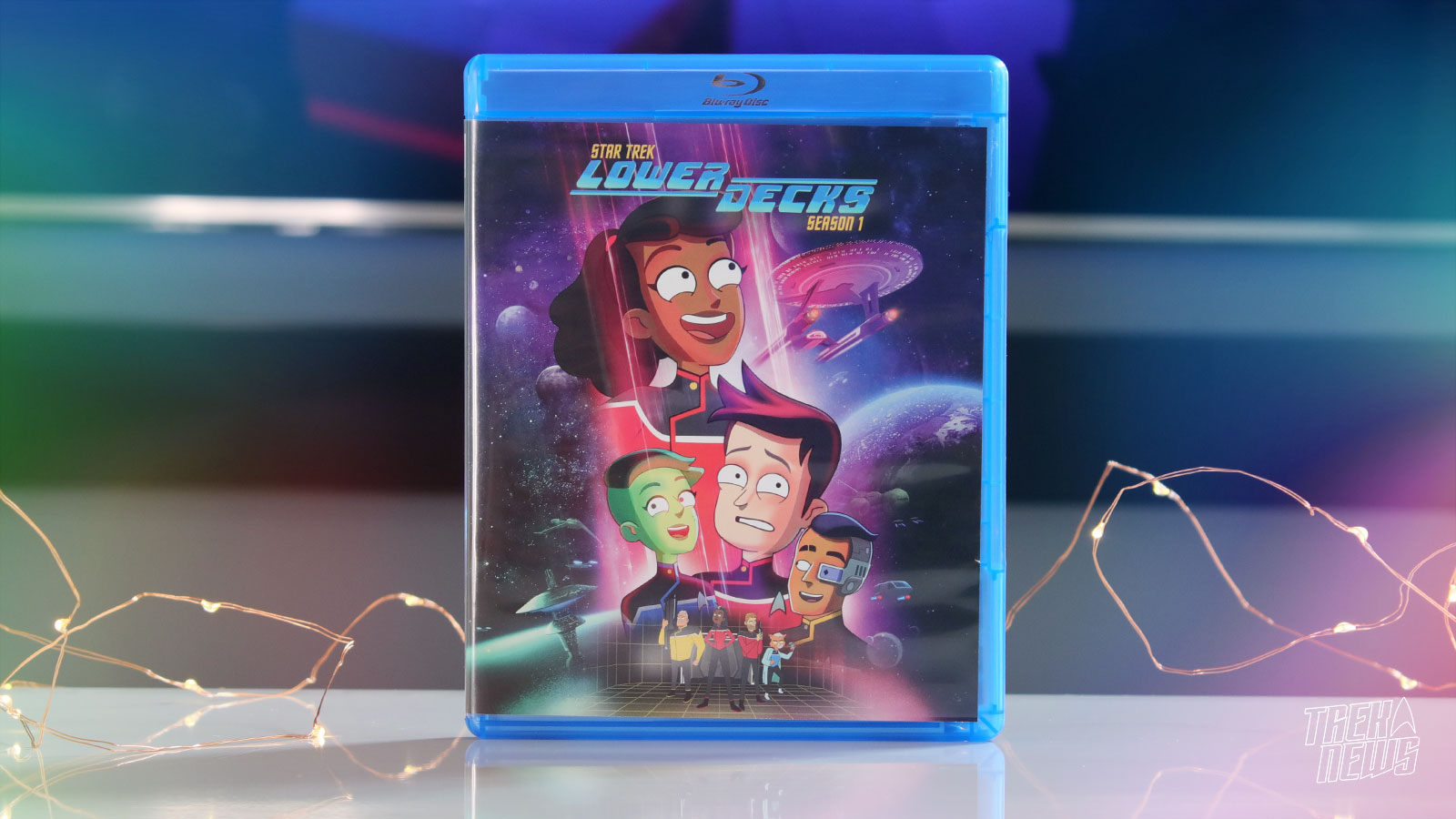 Star Trek: Lower Decks, the animated half-hour comedy we couldn’t stop gushing about during its initial run on CBS All Access (now Paramount+), is now available on physical media. This is surely welcome news for folks who didn’t want to subscribe to the streaming service, or for those who like to collect home releases. For those who are dipping into this show for the first time, you are certainly in for a treat! Lower Decks is exactly what Star Trek needed after hundreds and hundreds of episodes. But if you are like most fans, you’re probably aiming to experience this show again, and luckily there are some notable special features that help make this physical release worthy of a place on your shelf.

Of course, all 10 episodes of Lower Decks‘ season one are accounted for across this two-disc package. One of the first things we look at for home releases is if the video quality is noticeably better than what streaming offers; because of video compression, sub-standard internet quality, or other streaming-related issues, it normally is. But because this show is a cartoon, there isn’t much of a difference to note. Lower Decks remains as sharply animated as ever, so don’t feel like you’re getting a superior viewing experience by picking up the Blu-ray; it was great all along.

Instead, the main selling point of this package is the two hours of special features crammed onto the discs. Accompanying each episode is a “Lower Decktionary,” 5-10 minute featurettes that discuss various aspects of the show. For example, the Lower Decktionary called “Joining Starfleet” that accompanies the first episode involves series creator Mike McMahan talking about why Lower Decks was created. The other Lower Decktionaries include:

We certainly appreciated that these extras are easily digestible, like the show itself, but for those wanting a bit longer special feature, the Faces of the Fleet video introduces viewers to the cast and crew of Lower Decks. Overall, this feature paints a great picture of the talent behind the show – unfortunately, these interviews are usually over video chat, which is likely a symptom of the pandemic. Is it the ideal way to meet these folks? No, but it’ll forever be a keen reminder that season one of Lower Decks was produced during the pandemic, an impressive feat for sure. Rounding out the extras are a hilarious tongue-in-cheek trailer for the in-episode movie The Rise of Vindicta from “Crisis Point,” and some animatics that help paint a picture of what the show looks like before final animation. These items are noteworthy inclusions, for sure, but definitely aren’t the selling point of this release.

While the extras we’ve gotten on this release certainly are welcome, we can’t help but note the absence of episode commentaries. How hilarious would it be to have the likes of cast members Tawny Newsome, Jack Quaid, Noel Wells, and Eugene Cordero talk about their experience recording these episodes while watching their show? One would also assume that episode commentaries would be one of the easier special features to produce during a pandemic, but alas, we can make do with what we have.

In our opinion, Lower Decks wholeheartedly deserves to stand on its own with other modern Star Trek productions; it’s just that good. The home release is no different. You should certainly pick this up for the Star Trek fan in your life, especially if they never got around to watching Lower Decks before. But even if they did, this show is so dense with clever references and gags – not to mention its own heart and keenly tuned self-reflexive humor – that it’s well worth a re-watch. We can’t wait for what season two (premiering on August 12th) brings, and how its eventual home release improves on this solid Blu-ray package.

If you want to hear more about our thoughts on this home release, check out the latest podcast episode from the Divine Treasury.

Lower Decks season one on Blu-ray and DVD is available now through Amazon and other online and local retailers.