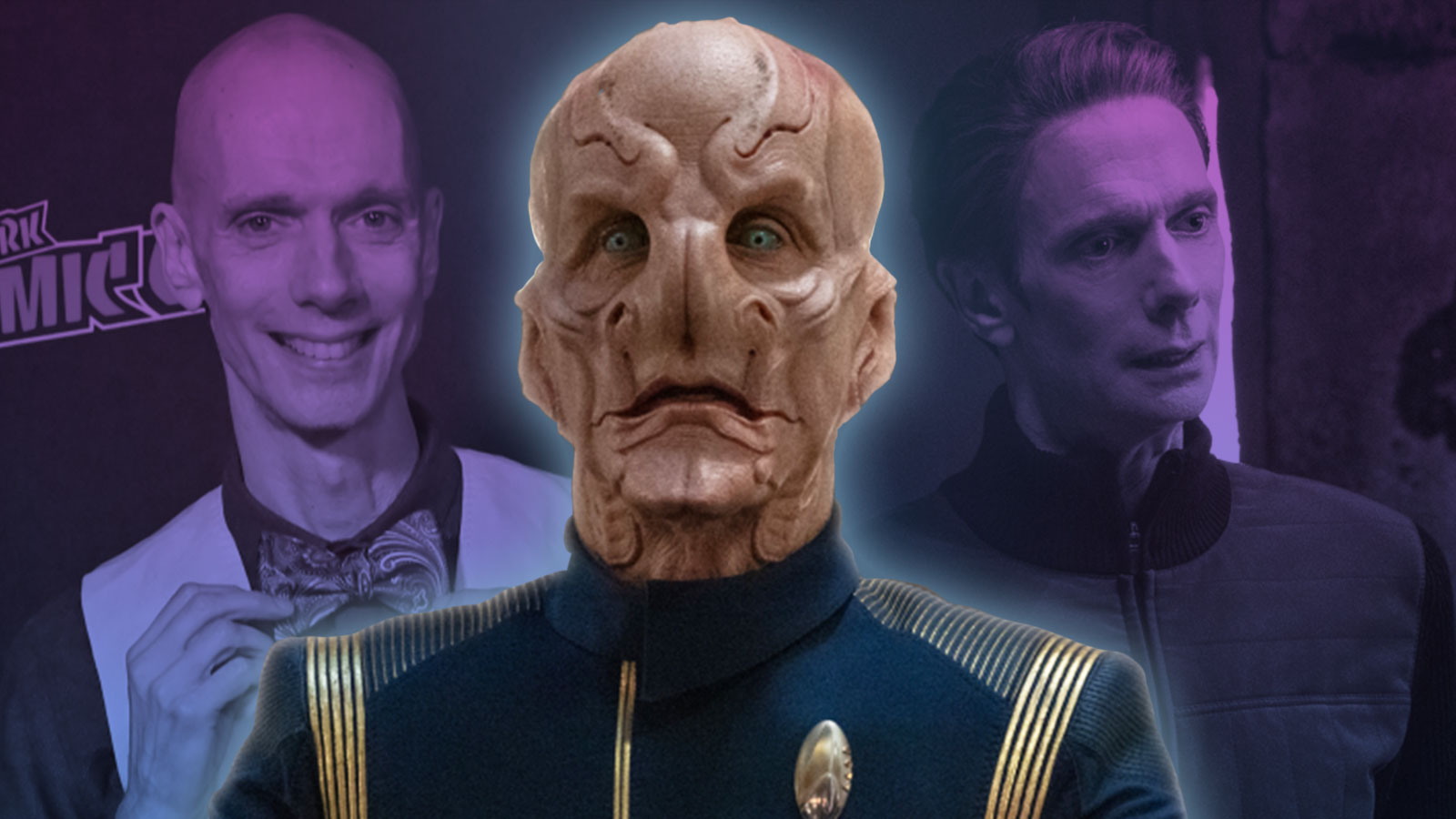 Ahead of this week’s release of Star Trek: Discovery season three on Blu-ray and DVD, we were able to sit down with Doug Jones, the versatile actor who plays Saru, and take his temperature about Star Trek‘s flagship show, his beloved Kelpien character, and how season four is shaping up, among other things.

TrekNews.net: Now that you’ve had three seasons to embody Saru, what’s your favorite aspect of the character?

Doug Jones: I love Saru’s emotional availability. When I first interviewed for this job in 2016, I was told I was going to be kind of the “Spock” of the show. You know, oftentimes alien species are played with less than all of the human emotions. Well, Saru has all the emotions and I think it’s beautiful to delve into. Even in season two during emotional highs, like when he thought he was losing his life and Saru and Burnham had that big tear-jerking scene, or during danger highs, like when the galaxy is in peril, Saru was available through all of it. And in season three after taking the captain’s chair, he plays sort of a fatherly role. It’s not all about rank. He nurtures all of his crew. I love that about him.

TrekNews.net: If you had the opportunity to go back to your first day playing the character, would you change anything about your approach to your performance of Saru?

Doug Jones: Oh, that’s a good question. I don’t think I would have changed a thing. He kind of came about organically. You know, the script is always your starting point, but then you, the actor, take on other qualities. For example, Saru’s sarcastic sense of humor, or the way he visually reacts to people, like the movement of his eyes or the way he holds himself or walks. That all came about all by accident. The “Saru walk,” which I hear is a popular part of the character, came about sixty seconds after putting on the costume, because of the way those boots kind of altered my posture.

TrekNews.net: How does working on Discovery and playing Saru challenge you as an actor? Any challenges from season three specifically come to mind?

Doug Jones: The biggest challenge in season three was that Saru wanted to be the captain of a starship; Doug Jones, not so much. I was intimidated by the responsibility and the gravity of it. I took on the challenge of being captain in season three, with way more dialog and more scenes to be a part of. It’s a lot. I knew, in the beginning, I was going to be the second fiddle in the show, and I was happy with that. It was still Michael Burnham’s show — Sonequa Martin-Green is still the lead of our show, no question. But to be a captain was a daunting responsibility. I have imposter syndrome as a person anyway, so I just had to say to myself “oh, I’ll have to fake my way through this one.” But now remember, Saru was coming at this captaincy without his threat ganglia, which means he was coming at the captain’s chair with courage. It’s taught me a lot.

TrekNews.net: Wow that’s interesting. It definitely sounds like a symbiotic relationship. So how is season four shaping up?

Doug Jones: [chuckles] Well there’s only so much I can talk about right now because we are still filming. But personally, for Saru, he is left at the end of season three with some curiosity. He’s with Su’Kal to help find the young Kelpien’s way among his species. I can tell you that Starfleet has not stripped Saru of his rank, so I am still a captain. But where do they plug me in, what’s my task, and how do they utilize that? We’re gonna find out.

TrekNews.net: Fair enough! So… if you were able to sit down and have dinner with Star Trek creator Gene Roddenberry, what would you make for dinner and, more importantly, what would you like to say or talk about?

Doug Jones: [laughs] I would serve him something that looks like Kelpien food, just to let him know that I’m taking my role seriously. And Kelpiens have flat teeth, so we are all vegetarians. We farm kelps out of the sea and we make a lot of salty seafood. So I’d make him a little vegetarian kelp soup, and I would love to hear his thoughts on the current world situation. Can we get out of this viral threat? Can we get out of the social unrest we’ve witnessed, especially in the last year and a half? Is there a way out of that, Gene Roddenberry? I’d love to hear his thoughts.

TrekNews.net: He certainly would have some thoughts on that. Anyway, your season two co-stars Anson Mount, Ethan Peck, and Rebecca Romjin are now on their own show with their own crew and ship. What do you want to see from Strange New Worlds?

Doug Jones: I want to see the nostalgia! I want to have that feeling of the Original Series, with some of the old uniforms and old colors. I’m excited about the show’s episodic nature, and to see Spock’s pre-Kirk days and how Christopher Pike operates the Enterprise. I think we are all clamoring for that.

TrekNews.net: Doug, thank you so much for joining us. It was a great conversation.