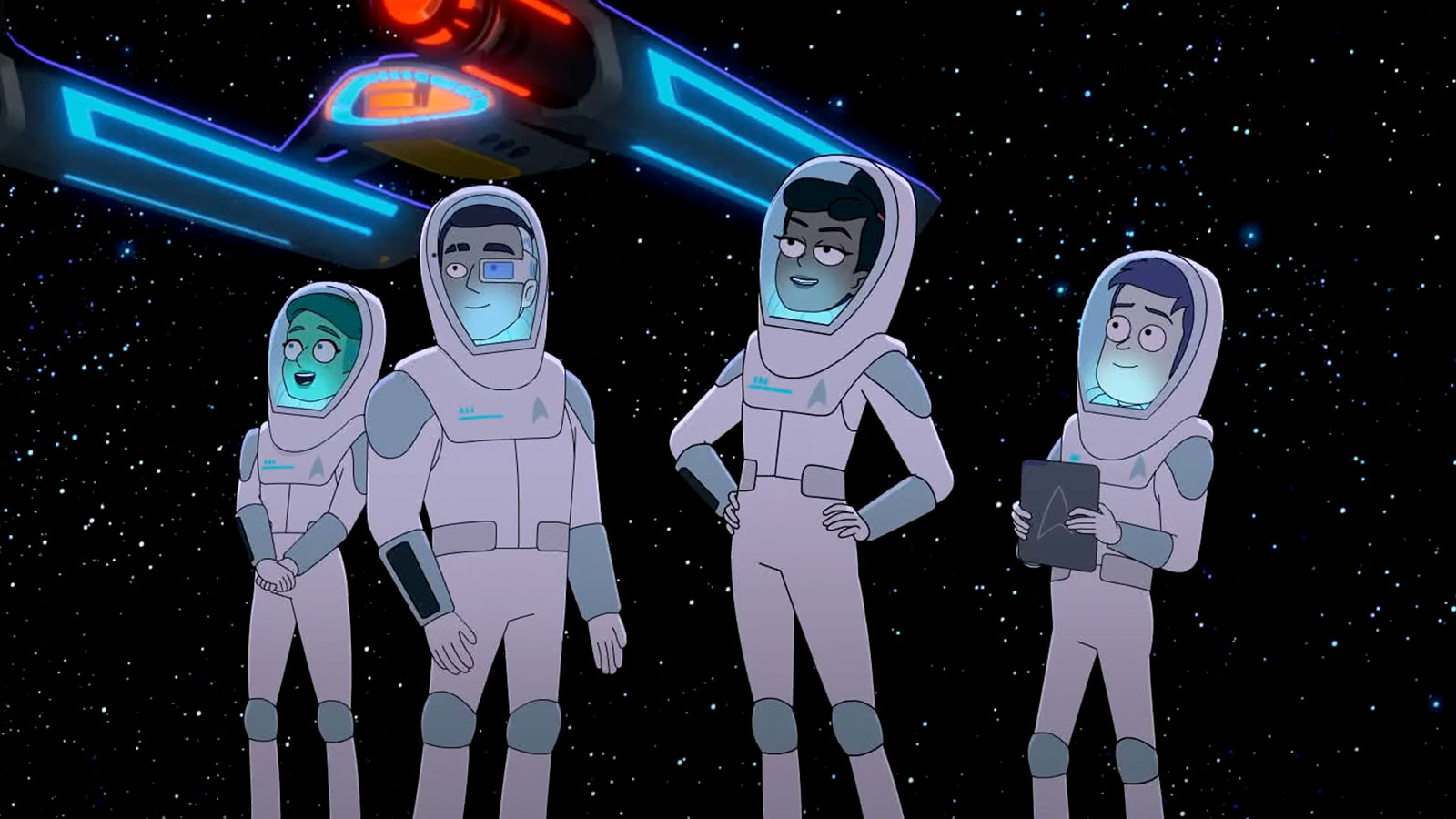 Some noteworthy observations from the trailer include a Tamarian (the species from TNG‘s classic episode “Darmok”) named Lt. Kayshon (voiced by Carl Tart), an evil computer (voiced by Star Trek veteran Jeffrey Combs), Nausicaans, Cardassians, a Miranda-class vessel, and what appears to be Freecloud, a planet first introduced in Star Trek: Picard.

We should note that we see McNeil voicing Paris presumably via Boimler’s gas leak-fueled hallucination, so it’s unclear if the character shows up in person elsewhere in the season.

At the panel was the show’s main cast, including Tawny Newsome, Jack Quaid, Eugene Cordero, and creator Mike McMahan. Noel Wells, who could not make it to the panel, appeared briefly via video message.

Lower Decks is set to premiere on August 12 on Paramount Plus.