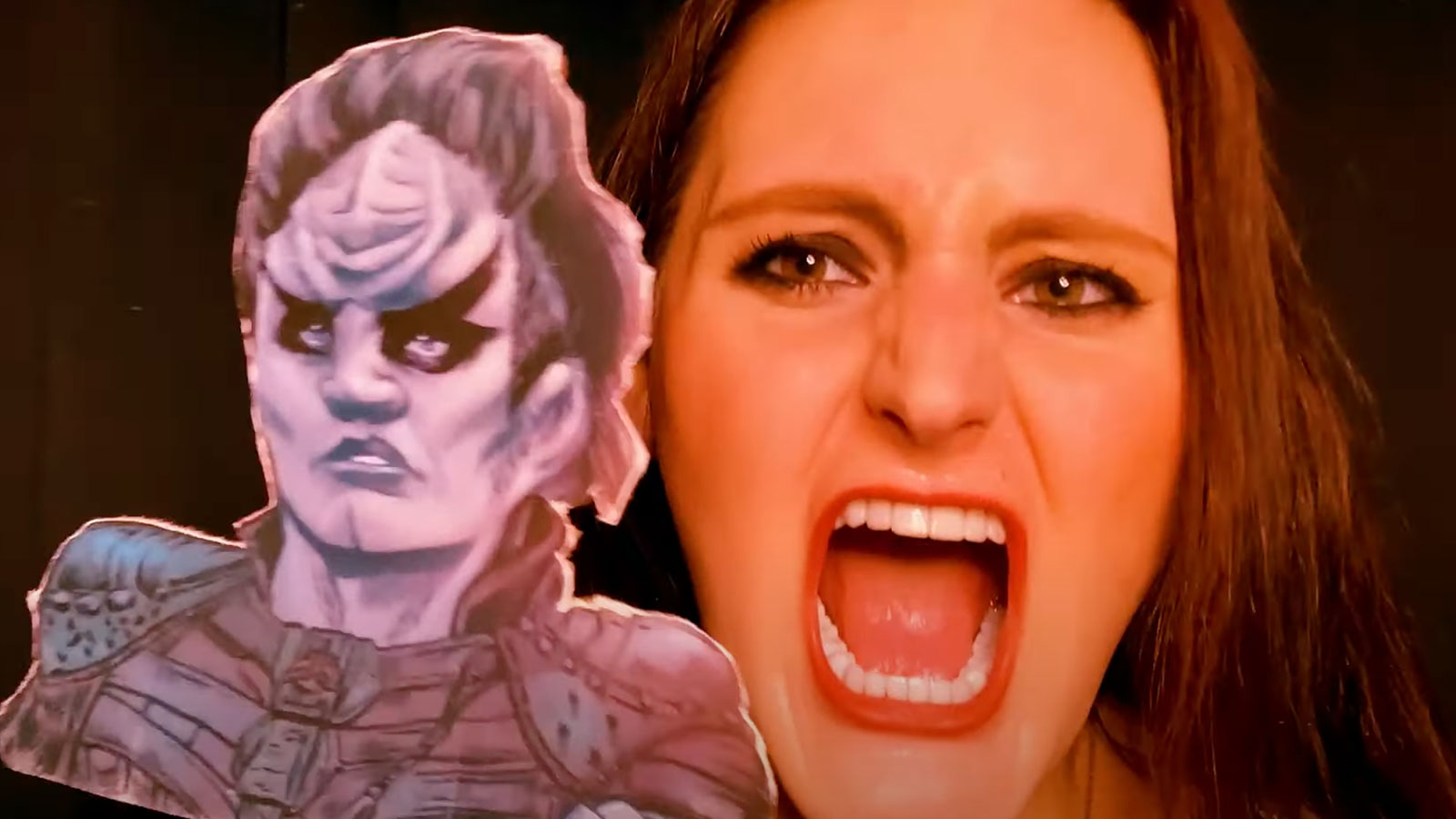 Break out the bloodwine, get ready to chow down on some gagh and prepare for battle in the newest season of Star Trek Online as Mary Chieffo returns as High Chancellor L’Rell to sing “Steel and Flame” in Klingon.

The 80s heavy metal-inspired tune was created for the free-to-play MMORPG Star Trek Online: House United, which was released on Playstation 4 and X-Box on August 3, 2021 and continues the Klingon Civil War saga that’s unfolded with the previous releases House Divided and House Shattered.

For more information and information on how to download Star Trek Online for free for Playstation 4 and Xbox One visit startrekonline.com.